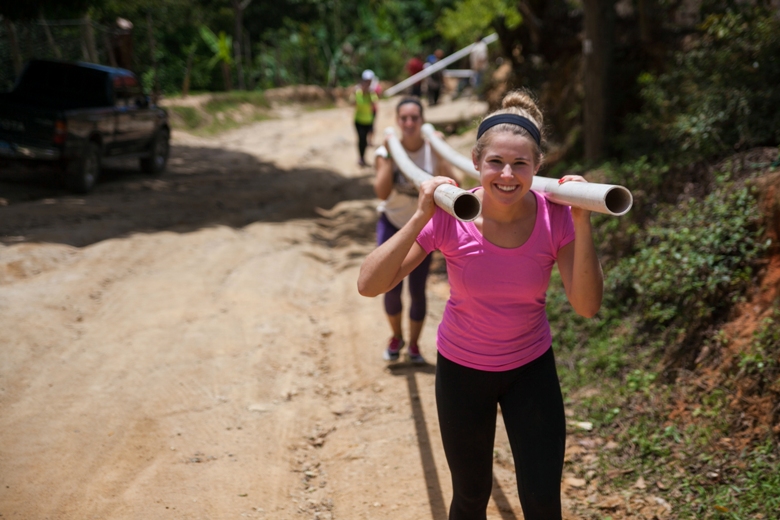 Editor’s note: Enesi Domi, 16, has lived in the Bronx with his family since they emigrated from Albania in his childhood. He was given the opportunity to participate in a youth service experience in the Dominican Republic this summer by Rustic Pathways, which provides superior quality international community service, education and adventure programs for students around the world. Its trips are focused on areas of interest from public health/medicine and education to the environment and community service. Rustic Pathways operates in more than 20 countries with more than 100 programs. Founded in 1983, Rustic Pathways offers one- to three-week spring and summer break experiences as well as Gap year programs and custom experiences for educators and small groups. Eight thousand students will travel with Rustic Pathways in 2015.

Enesi kept a daily diary throughout the trip and share them with Taking the Kids. This is the first

DOMINICAN REPUBLIC — The first day was pretty hectic with traveling to the country. The only problem I faced was meeting new people. Most of the kids here already knew each other, which made them kind of cliquey. We traveled by plane from New York to the capital of Santo Domingo and from there we were separated into the different programs since there were many different ones stationed in the D.R.  When we got to the hotel we were placed with another person or two other people. We were also told not to drink the tap water and not to flush toilet paper down the toilet. We arrived very late at around 3 a.m. at the hotels and had to wake up at 8. All in all it was a pretty uneventful day but not much was expected since it was the first day.

Today was definitely a lot better. I expected it to be a like yesterday with just boring traveling. We woke up early at 8 with just a couple of hours of sleep. We had this buffet type breakfast with fresh fruits and croissants. Then we separated into two groups and got on out bus to go the ranch where we were going to stay for next week. At the ranch we played some ice breaking games to get everyone familiarized with each others names. The game seemed to work since by the end everyone was more comfortable around each other. Then we got a tour of the ranch which had a farm behind it with many different types of animals and types of plants. I learned the three important things that plants need are nitrogen, phosphorous and potassium.

After we got a tour of the ranch we got the chance to swim at the pool. After we swam we had diner at 7 and it was delicious with fries, and fresh chicken, and rice and many healthy options of vegetables, some even grown on the ranch like the tomatoes. We finished dinner around 7:30 and at 8 the whole group got together in a sort of gazebo where we played another icebreaking game even though I noticed everyone had fallen in their friend groups and it was no longer necessary. This time we had to say our name, where we were from, what our comfort food was and why we chose to be on the trip. After that we spoke about what we were going to do tomorrow and we had this one on one with the counselors where we showed what medicine we were taking and they asked us about any health issues. That was the end of the day, it was a lot of fun hanging out and learning about new people and I expect it is going to be a great trip. 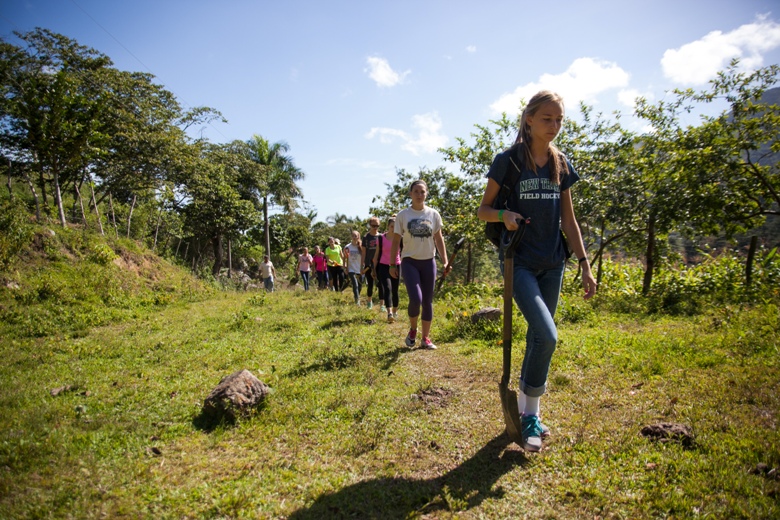 Today was by far the hardest day. Today we worked on black water treatment. We woke up and had breakfast at 7:30. Breakfast was sausage and eggs and again vegetables and fruits always available in great quantity. After breakfast we made our sandwiches for lunch since we would be working for most of the day. We took a bus that had no windows for 20 minutes to get to the place where we were working. The project had already been started by previous groups and luckily we were the ones that got to finish it. We started by dumping rocks and sand and that took a very long time. It was around 2:30 when we started to plant papyrus plants on top. Luckily I was the one to water it and that was the finishing touch to the project that many people had been working on. When we were finished it was around 3:30 and went back to the ranch. After that we went to a waterfall where we could swim. We stayed there for a couple of hours and went back.

Today was a pretty hard day. Wake up time as usual at 7:30. Today our group still split from the other group and we worked on aqueducts. It was very different from the other day as I noticed that people were a lot more energized and were working harder than the previous day. Some of the locals (6-8) were also helping. It started off as just digging trenches for the tube to fit and we all got in a row as one used a pick axe for the dirt and the other used a shovel to clear the area. As we worked, five kids including me were chosen to go down and help with some other trenches. The scenery here was very beautiful. We worked under the shade of a vine as we shoveled for one of the locals who was digging the trench with his pick axe. This for me was very intense as I tried to keep up with the local which was almost impossible since he was very fast and very strong. After an hour or so I went up to the group working above me and we got on the truck and we went 5 minutes away to the other side of the river. There is where we spent most of our day. With loud music and cheering counselors we began digging the trenches. As we dug disaster struck as one of my friends Collin hit one of the main water pipes that was already there. Luckily our counselors and the locals were very smart and found a way to to fix the problem very quickly. Then we just dug and shoveled until it was time to leave. Another thing that happened is one person fell and hit his head on one of the pick axes but bravely he just accepted that and and the counselors treated him as it wasn’t a serious injury. 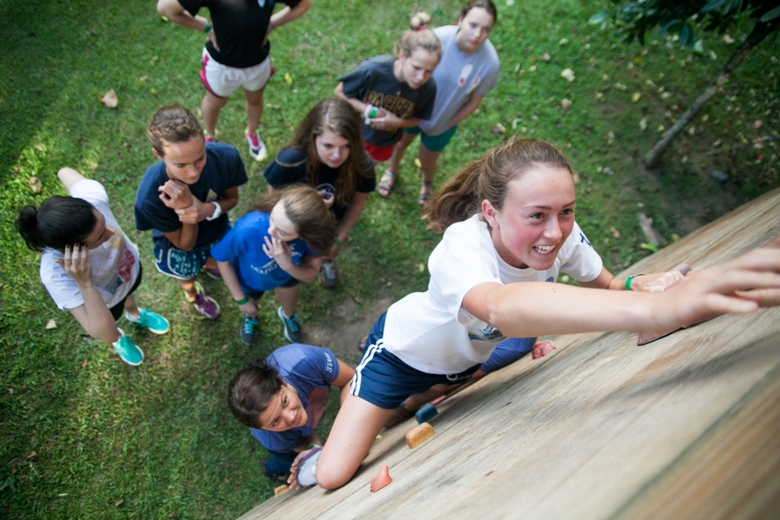 Today was the most fun day since this trip has started. Today was beach day. After a later wake up of needing to be at breakfast at 8:15 rather than the previous days at 7:30 everyone woke up a little more energetic and excited. We ate breakfast fast and then hopped on the bus on our way to the beach on the city of Sosúa. It wasn’t a long ride as it was only around 3 hours and we stopped sometimes to get snacks and drinks and for bathroom breaks. Everyone was talking about previous life experiences and favorites of many categories as the music played above everyones voices. On the bus we were asked to choose between 8 options on the menu — some were quesadillas, fried chicken and fries or plantains, salads, and some other things. As always they were able to accommodate all dietary restrictions. They called ahead and our food was prepared when we got there. We ate lunch and went onto the bus for a 5 minute ride to the hotel. We got there and we were told the rules and all things about the hotel. We put on our swimming stuff went back to the bus and with a very short ride we were at the beach. The beach was by far the most beautiful one I have ever seen. The water was very blue and in the perfect temperature.

We stayed there for around 4 hours which I found was more than enough. I felt that this place was a beach lover’s paradise. As everyone swam with their friends and had a great time, time passed and it was time for dinner. For dinner we went to a pizza shop that was right above the beach. When we went there the pizzas were again already prepared and we got our cold drinks of our choice. We ate dinner which was without a doubt more than enough since there was a lot left over. The plan was to head back to the hotel but our awesome counselors decided that we could stop at an ice cream place on our way back to which everyone loudly agreed to. We got our delicious and sweet deserts as we got to hang out with our friends and some of the locals that would come by. When we went to the hotel everyone gathered and people jumped in the pool and hung out. As our night came to a close people got out of the pool and went to their rooms and prepared for the next day.