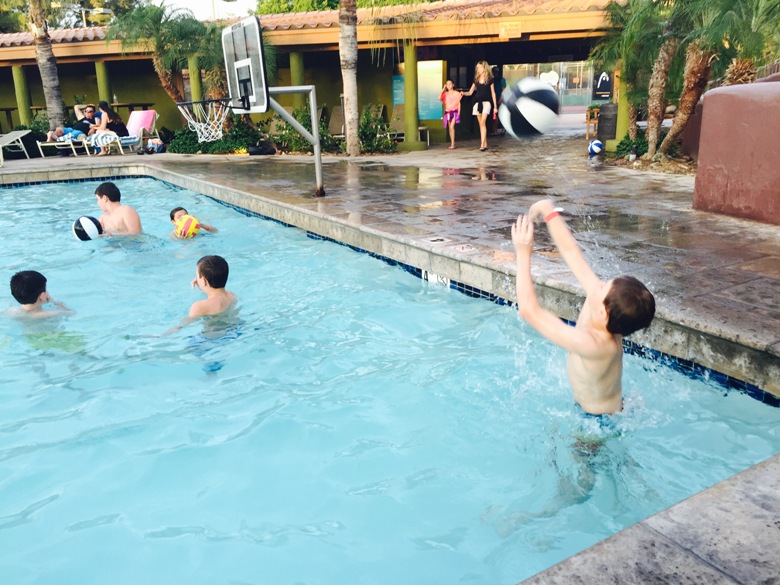 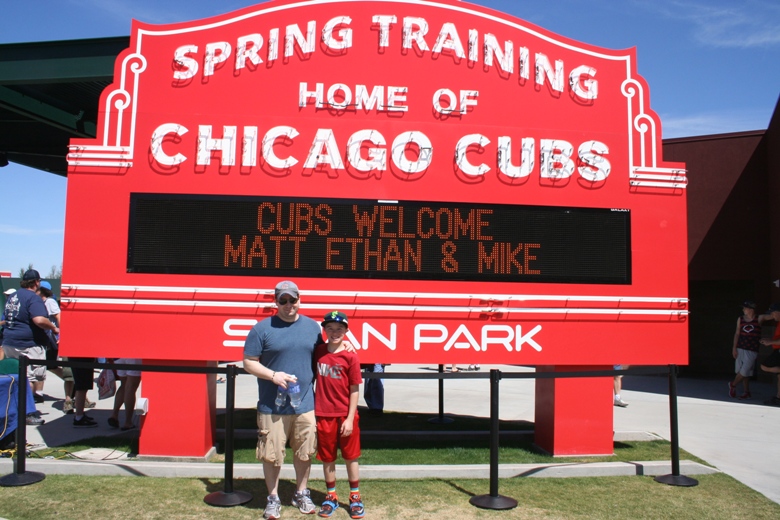 Matt and Ethan at Cubs camp

SCOTTSDALE, AZ — “OK here we go, lock it in!” yelled 12-year-old Ethan Sitzman as he bounced in the wave pool, waiting for me to throw the beach ball in his direction. We were playing the age-old game of keep the beach ball in the air while swimming around the water park at The Arizona Grand Resort Oasis Water Park in Scottsdale. We had determined that we had to bounce the ball, in the air, back and forth, at least 35 times before we could give up. We had made it to 31 so far. Ethan chose 35 because it’s Kevin Durant’s number, for whatever reason.

Finally, after ten more tries, we hit 41, and went crazy, jumping on each other and dunking each other in the pool like we had just won game seven of the World Series. Oh to be 12 years old again. 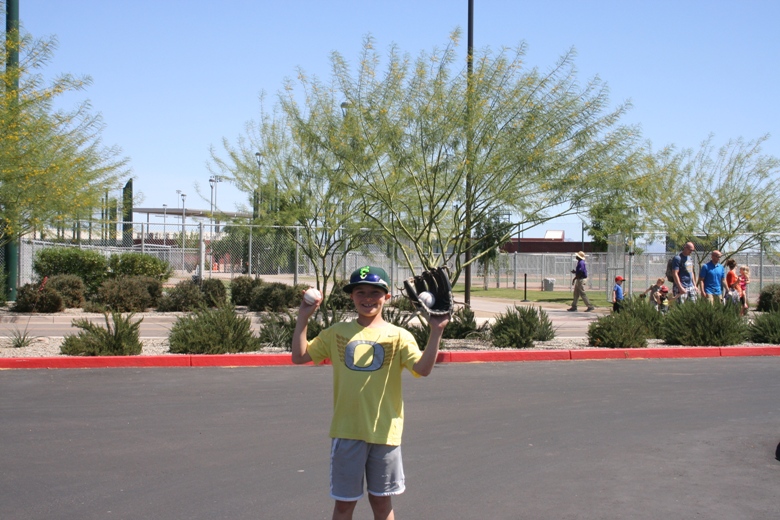 I was in Scottsdale for the last week of March with my 12-year-old cousin Ethan and his father, Mike Sitzman, to catch the last week of Cactus League Spring Training and enjoy every bit of sunshine I could after the harsh New England winter. Mike and Ethan, only a short flight away in Colorado, come every year both for business and pleasure, and I had been invited along as a special treat. As a long-suffering Chicago Cubs fan it was a special treat, especially in a year when the Cubs are finally supposed to pull it together. But even more so, it was something special to see it all through Ethan’s eyes; eyes full of happiness, whether we were shagging home run balls at the Cubs new $99 million dollar training facility in Mesa, AZ — Sloan Park, or playing water basketball in the pool at our first hotel, The Pointe Hilton Squaw Peak Resort in Scottsdale.

Earlier that week, we were at the Cubs facility at Sloan Park in Mesa. The Cubs were just finishing up a charity event hours before the game for Pediatric Cancer where the new manager, Joe Maddon, and many of the players, shaved their heads in solidarity with pediatric cancer patients, and to raise a good deal of money. After the event Maddon and other Cubs players took to the rope line between the practice fields and the main stadium to delight kids like Ethan with autographs. At my urging, Ethan ran up and stood in line, patiently waiting for his turn to greet Joe and many of the other players, including superstar rookie phenom Kris Bryant, and veteran pitcher Jon Lester, brought in from the Oakland Athletics in a multimillion dollar deal. As Ethan greeted Manager Joe and handed him his baseball and black sharpie, Joe spots Ethan’s Cubs minor league Single A Eugene, OR, cap and says; “Hey dude, way to support our minor league teams!” Ethan smiles bashfully and hands Joe his baseball, which he dutifully signs, then poses for a picture. 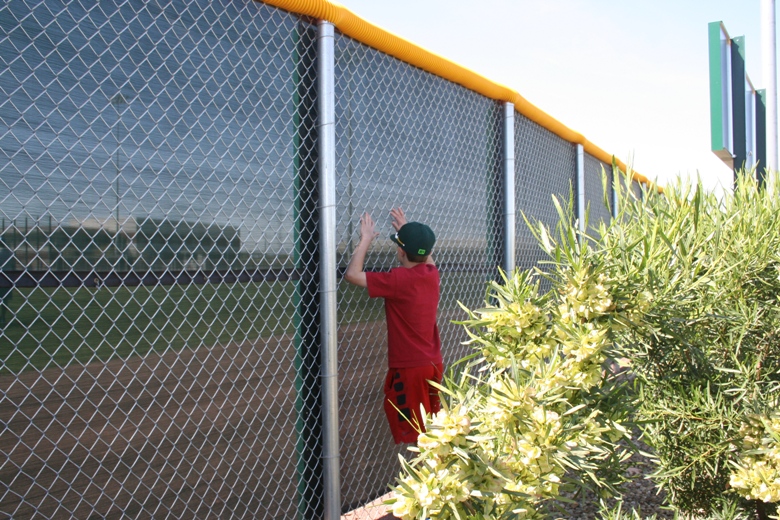 Watching for home runs to catch

Later that week, while at a Rockies-Padres game at the Rockies Spring Training facility that they share with the Arizona Diamondbacks at Salt River Field in Scottsdale, sitting in the warm sun just behind home plate, Ethan turns to me as the Rockies Third Baseman, Nolan Arenado, walks up to the plate. Ethan showed me where his true loyalty resides – with his hometown Colorado Rockies.

“Hey Nolan!” He yells, and nods at the purple clad player. In true Spring Training style, Arenado looks directly at Ethan and nods, winks, and smiles at him. Ethan’s eyes shoot up in delight and pride as he enjoys the moment. The Rockies went on to win 7-6 that day, further delighting the 12-year-old.

Spring Training, whether in Arizona, or Florida, is a special time, especially for young boys who live and die by their baseball teams. I remember going with my dad to Florida when I was about Ethan’s age, and enjoying every minute of it. Spring Training runs from the last couple weeks in February, when pitchers and catchers report to camp, to the end of March just before Opening Day. It’s used as an opportunity for the players to develop skills for the long major league season, get in tip-top shape, and greet fans that come to see them.

Fun in the pool in Arizona

“The great thing about spring training is the atmosphere,” said Mike Sitzman, as we sat watching a Cubs minor league game on the last day we were there at one of the practice fields at Sloan Park. We were sitting on a pair of metal bleachers, in the shade, watching Cubs minor leaguers work on their skills. At every inning break Ethan would run back and forth between each dugout and ask politely for a ball or a broken bat – by the end of the game he had collected five game used balls but unfortunately no bat, which he really wanted. “Sorry man, our guys have to turn in the broken bats to get new ones,” said an unnamed equipment manager for the Cubs when I asked if there was any chance my little cousin could get the bat that one of the minor leaguers just broke on a hard fastball. Ethan was disappointed, but proud of his day’s haul of baseballs and autographs.

“Did you have fun Matt?” Ethan asked me the last morning I was in Arizona.

“Yea bud, I had a great time. What was your favorite part?” I asked him.

“Umm, either shagging homerun balls or playing pool basketball with you,” he said enthusiastically.

I patted him on the head and pondered how simple things seemed for a 12-year-old, when the highlight of the week was catching homerun balls hit over the fence during batting practice or swooshing three pointers in the pool.