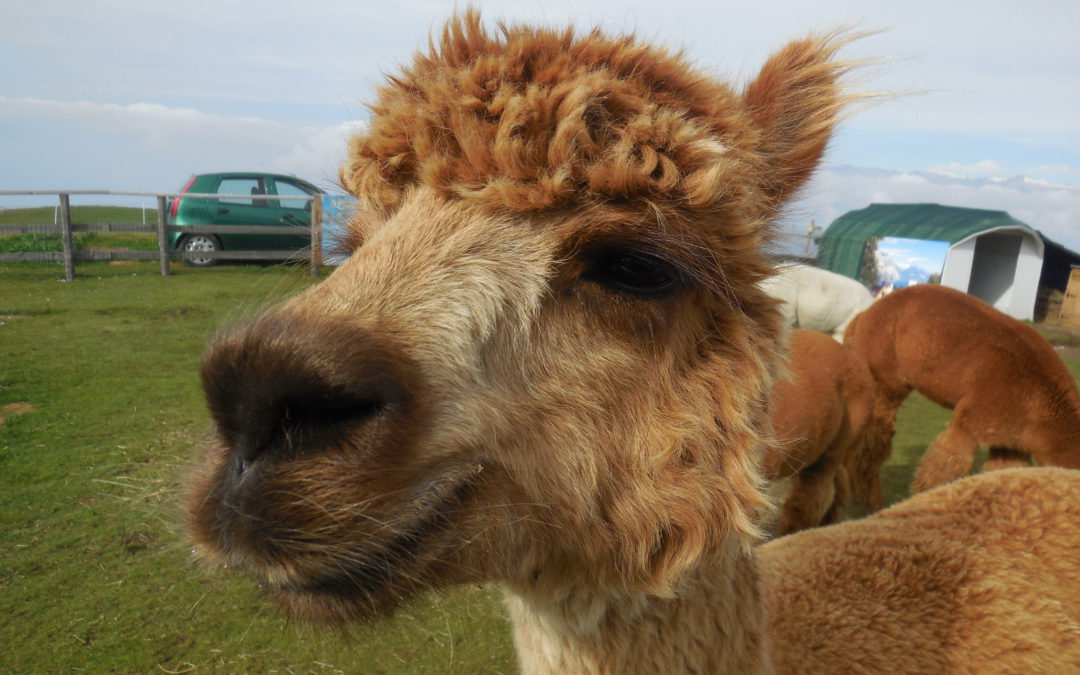 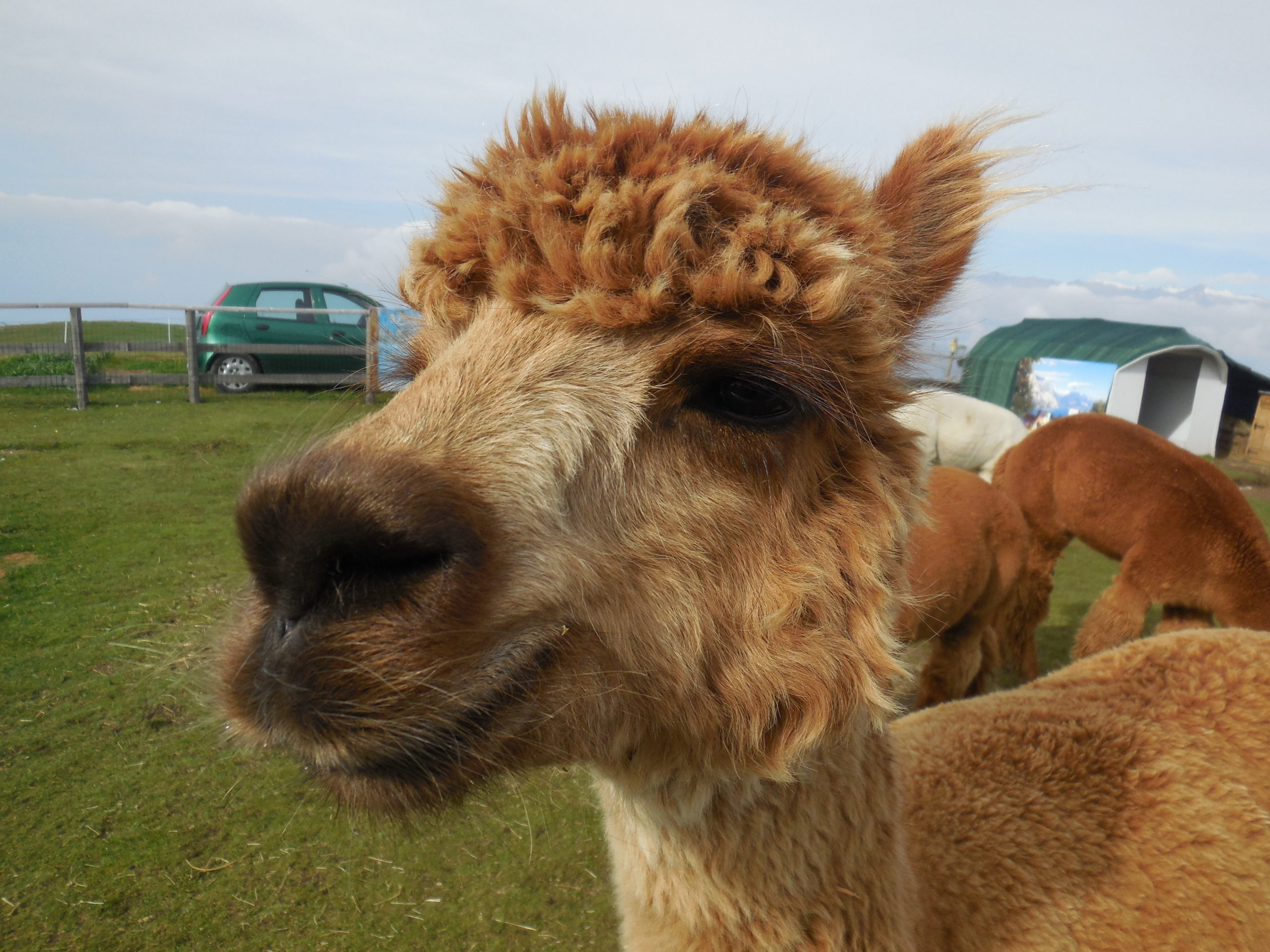 LAKE GARDA REGION, Italy (Day 10) — Shopping is first on the agenda this morning in Riva del Garda, the picturesque town where we’re staying as we spend a few days cycling around this region with Austin Adventures. It’s fun to shop in the little stores that display their wares on the narrow cobblestoned streets. I buy my kids some artisanal balsamic vinegar and candy. I refrain from all the lovely leather goods in the shop windows.

Then, Ron van Dijk, who oversees Austin Adventures Europe trips — look for new family trips next summer — takes us to the top of the Monte Baldo Funicular, up about 5600 feet. The idea was to get some stellar views of Lake Garda and the Scaliegeri castle; van Dijk says cyclists like to see where they rode their bikes.

We share the car going up with guys with para gliding equipment. Watching them jump off the hill was a thrill… so were the adorable alpacas up top. I bought an alpaca scarf that was made in the town below. 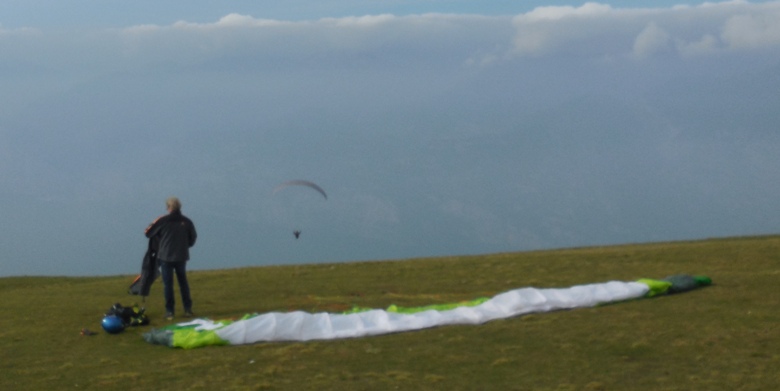 As for the views…not so great today. We are in the clouds—literally!

Originally we planned to have lunch drinking in the view. Instead, van Dijk, determined to make our last lunch a memorable one, finds Ristorante da Umberto on Lake Garda so picturesque that it evokes everything Italy — boats bobbing in the water, pastel-colored stone houses, lake front outdoor terrace restaurants serving the best pizza and grilled local fish I’ve ever seen. 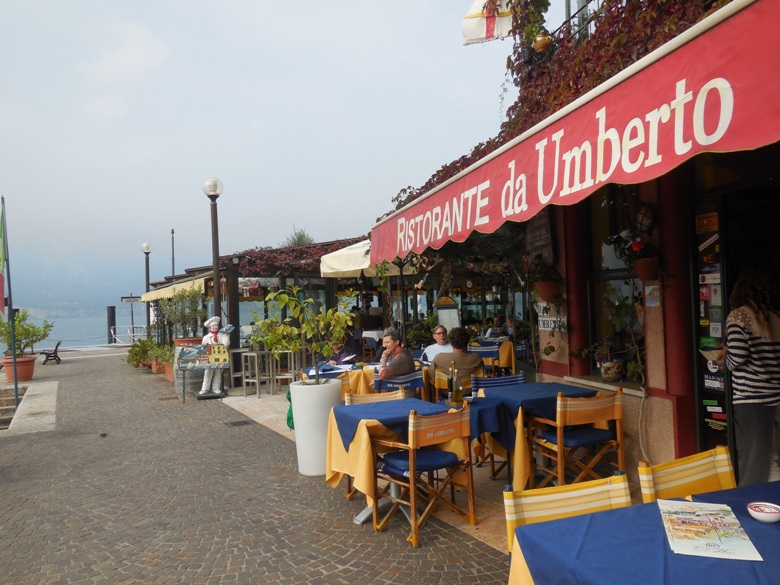 Now, I’m determined to enjoy our last night in Italy—and it would be hard not to at the Four Seasons Milan — considered by those in the know as one of Italy’s top city hotels. It is built in a 15th Century convent with every 21st Century convenience a short walk from the famous Milan Duomo (I learn from Fodor’s that it’s adorned with some 2,245 marble statues) and La Scala—no wonder people come here for pre-and-post Opera drinks!

Good thing the shops that surround the hotel aren’t open or I might be going home with $1000 shoes or some equally pricey designer duds as every famous European brand I’ve heard of seems to have a shop here. Each store window is more enticing than the last!

Unfortunately, we found more closed shops than open restaurants. (Why didn’t I ask the friendly concierge for advice? Why didn’t we head to the glass-topped 19th Century covered Gallerie Vittorio Emanuele — in between the Duomo and La Scala — where there are plenty of choices?) We end up having bad pizza, actually really bad pizza. Yes, it is possible to get bad pizza in Italy! 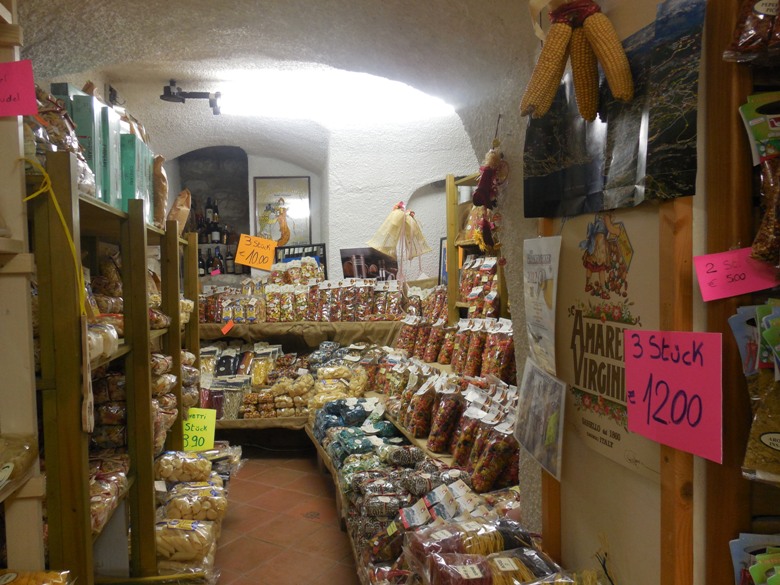 Wish we could have taken all this food home with us

I’m disappointed till the next morning when the wonderful breakfast at the Four Seasons makes up for it all—from the freshly baked pastries to the perfectly brewed cappuccino, omelets and smoked salmon. There’s something about impeccable service, delicious food and a view of the gardens to make you feel better when you’re traveling—even if only for a little while.

As we head to the airport on the train, we’re congratulating ourselves on a trip well done—and already talking about when we can return.