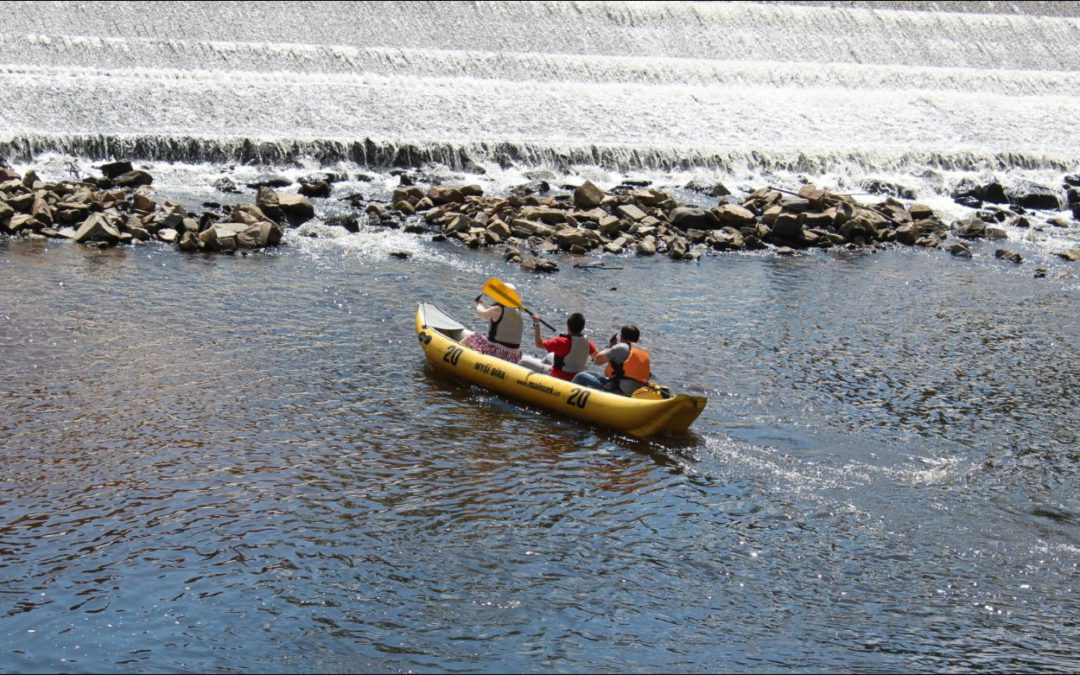 LINZ, Austria (Day 6 of Backroads/AMAWaterways biking/cruise) — When Amy Wolfe suggested taking their three kids on a river cruise in Europe, he wasn’t enthused.

For one thing, her husband, Josh Blumental, thought they’d be spending their vacation surrounded by senior citizens. For another, he’s the kind of traveler “who likes to go without an itinerary and wing it,” he explained. “But it’s impossible to wing it with kids.”

That’s why he was enjoying a sumptuous breakfast on AmaWaterways AmaStella in Linz, Austria on the Danube with his wife and son Elliott,15; his two daughters aged nine and 13 were  getting as much sleep as they could before an all-day excursion to Salzburg—a two hour bus ride from here.

Wolfe chose a river cruise because friends at home in Salt Lake City raved about their experiences with their kids and all were having a fun week, though Elliott acknowledged he would have preferred more city time. “But this is perfect for the girls,” his mom said, and this particular ship has cabins that sleep three. That this isn’t a designated “family “sailing hasn’t mattered, she said, as the kids tend to entertain each other and such a trip offers plenty of family time not only touring but on board playing board games.

And rather than being surrounded by seniors, Blumental has enjoyed meeting people from all over the world.

“More relaxing than a regular cruise because there aren’t so many people,” added her husband Ashok Khemlani.

Consider that there are only about 150 passengers on a river cruise rather than several thousand on the big sea-going ships. And the excursions are included—as is wine and beer with lunch and dinner which may help to encourage good times.

David Laws, who is from England, and celebrating his anniversary with his wife Wendy, started his morning with an eight-mile bike tour of Linz. “I’ve done every active excursion,” he said, including a hike to a castle on a brutally hot day. His wife isn’t so keen on such activities, he said, so she has joined walking tours instead, and they planned some they could share—like a bus tour of the Austrian lake district. “It is our anniversary,” joked Laws. “We ought to do somethings together.”

About half of our Backroads group on board—here doing a cycling tour—opted for a day or afternoon off to visit Linz, Salzburg or Cesky Krumlov in the Czech Republic. My husband cycled in the morning while I opted for AMA’s shorter bike ride and my daughter and son in law decided to cycle all day.

This afternoon, we joined a small group visiting Cesky Krumlov, a beautiful city in the South Bohemia region built around the turns in the Vitava River and dominated by a 13th Century castle that boasts spectacular views of the old town and the river where locals are out paddling canoes and relaxing along the riverfront. They go down river for several days, camping along the way, explained our knowledgeable guide, Helmut Einfalt.

The entire picturesque Old Cesky Krumlov is a UNESCO World Heritage Site—the castle complex is second in size only to the castle complex of Prague and complete with a large garden with a maze. There is a theater built in the 1680s and renovated in the next century that still has its original stage machinery, scenery and props. Unfortunately, there are performances only a few times a year, though visitors can take a tour.

Fortunately for us, the town with its narrow cobbled streets wasn’t too crowded.  (some 1.7 million visit each year most in the summer; only 700 still live in the Old Town).

“This is a place you just want to wander,”Einfalt said, stopping for a beer or an ice cream mixed with frozen fruit, a crepe or a distinctive cone-shaped fried donut called Trdelnik that is usually filled with cream or ice cream.

There are many shops selling jewelry made of Moldavite – a green stone that looks nearly black—and Garnets. Marionettes are very popular in the Czech Republic and are widely available here too.

There was just one disappointment to an otherwise perfect afternoon—I would have loved to join those floating down the river.