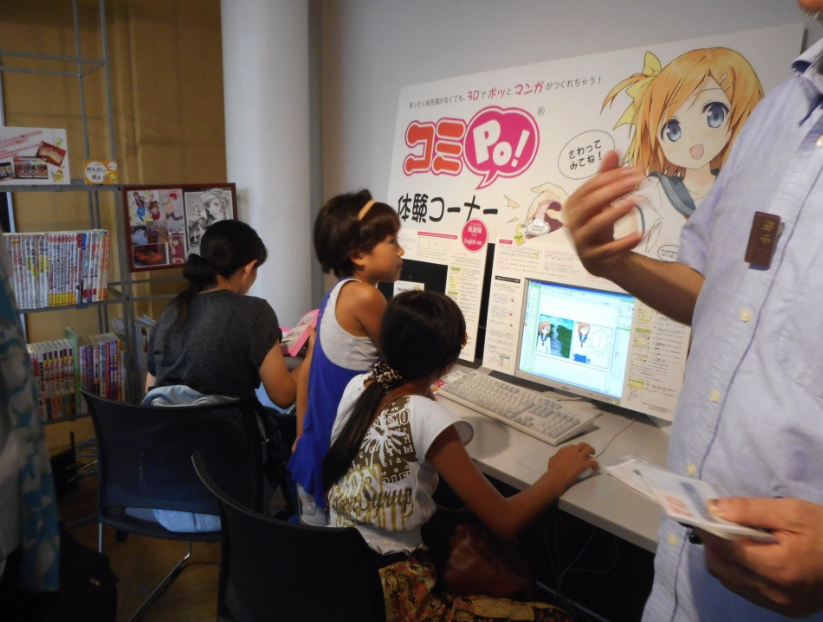 KYOTO, Japan — All around the museum, kids and adults alike are sitting and sprawling reading comics.

But these aren’t just any comics. These are the enormously popular and traditional Manga, the basis for Anime, at the Kyoto International Manga Museum which is run by Kyoto Seika University and the Kyoto City Government. The University teaches aspiring Manga artists and writers in its design and fine arts department.

For the uninitiated, Manga is comic art that has been used as far back as the eighth century to tell stories, satirize current events and more recently teach children difficult subjects. Tens of millions in Japan and around the world enjoy Manga in books, newspaper installments and syndicated animated programs. Manga is very popular around the world, particularly in France and increasingly in the United States.

The signage at the museum is both in Japanese and English and it is a great place for young Manga enthusiasts from the West to see how much they may share with their peers here. We are guided through the museum by Toshio Kosaka, with our Kyoto city guide Noriko Yoshioka translating. Some 270,000 people visit a year, 40,000 from the West.

Young Manga artists can draw your cartoon portrait. Kids can try their own hand at making Manga or taking part in a free weekend workshop. A digital Manga artist demonstrates his technique. And for real fans, there are casts of the hands of famous Manga artists from around the world. There are exhibits of Maiko illustrations and a Playhouse of picture-story (Kami-shibai) shows where you can watch classic stories that once were told by storyboards across Japan by 50,000 story tellers

In Japan, Manga certainly isn’t just for kids. It is political satire, stories about home life, romance and war protest. In the 1950s, educators and parents thought Manga was keeping kids from their studies but that attitude certainly has changed. There even is a big festival here every fall celebrating the art. There is Manga for boys, Manga for girls, Manga for young kids, for teens and for young adults. The book forms are called Tankobon. The stories generally appear in serialized form first but that is all changing with digital publishing.

The museum has some 300,000 pieces of Manga art and most of the visitors seem happy to sit somewhere and read. The first of Japan’s famous animation was based on Manga—pictorial story telling. Astro Boy was the first animated Japanese TV show based on Tezuka Osamu’s Manga art in 1963.

There are fans of Manga Art too—over 500,000 gather in Tokyo every year for the Comic Market.

Manga has always been inexpensive and easy to understand in Japan. Kosaka says part of the goal of the museum is to encourage kids both to read and to experiment with Manga art but the exhibits are careful to dissuade them from the idea that they’ll get rich quick, explaining how many must share in the sales—from publishers to distributers to bookstores, printers, the sales teams. It’s not easy work. To have a Manga serialized, the artist needs to draw 19 pages a week.

But it creates a common language between the readers and the artists. And that’s always a good thing.