Families learn about Pandas and environment at the San Diego Zoo 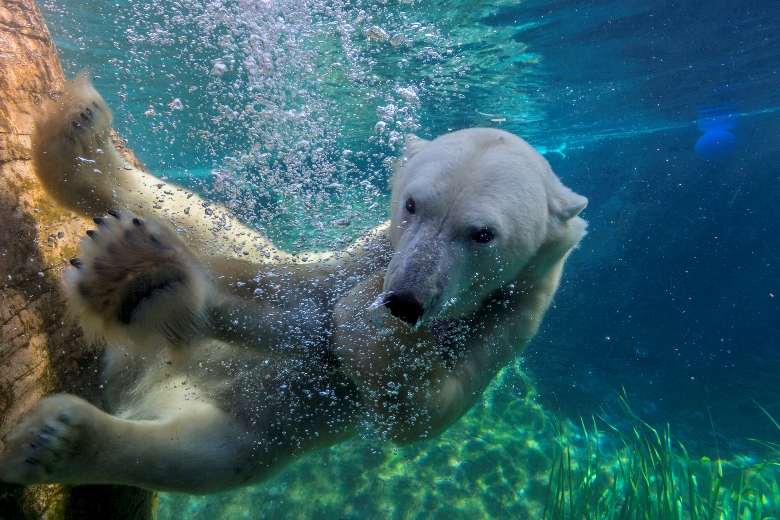 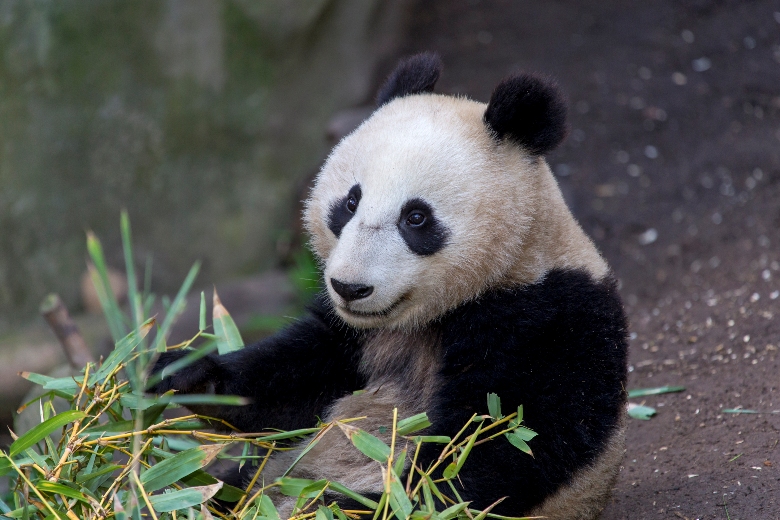 Ready to meet one of the world’s youngest celebrities?

No, we’re not talking about Prince George, though this cute nearly 2-year-old and the heir to the British throne do have some things in common. Like the prince, Xiao Liwu (sshyaoww lee woo), certainly likes to play and seems oblivious to the fans he’s got all over the world — fans who watch his antics via video updates and adorable photos.

Prince George likely will be a fan too, when he’s a little older. That’s because Mr. Wu, as he is known, is the youngest giant panda at the San Diego Zoo where you can watch his antics on the zoo’s popular Panda Cam where you might also see his mom Bai Yun (by YOON) the zoo’s adult female, and Gao Gao, the adult male, all on loan from China.

Giant pandas have been loved, especially in China, for thousands of years. The Chinese call them “large bear-cats.” Today, only about 1,600 giant pandas survive and scientists, especially those from the San Diego Zoo, are working hard to help them survive and thrive.

Only three other U.S. zoos have giant pandas on display — the Smithsonian National Zoological Park in Washington, D.C., the Memphis Zoo and Zoo Atlanta, which boasts twin panda cubs.

Of the six pandas born at the San Diego Zoo, five now live in China. San Diego Zoo conservationists have helped increase the number of giant panda’s in China’s Wolong Breeding Center to more than 100 — from just 25.

Zoos — besides being fun places to visit and see amazing creatures like pandas — are also ideal places to teach kids what they can do to help the environment — whether adopting a panda or another animal with a small donation or recycling and reducing the amount of water they use. (How about turning off the water while brushing your teeth or taking shorter showers?)

“Each year, AZA-accredited zoos and aquariums help connect more than 181 million visitors to nature, and these visitors have a strong interest in taking action to help protect the future of the Earth,” said Jim Maddy, president and CEO of the Association of Zoos and Aquariums, on Earth Day last month.

Especially at a big zoo like this one, take a virtual tour with the kids before you come and decide together what you want to see — so everyone gets to spend time with some of their favorite creatures. The San Diego’s Zoo’s website even has a handy Animal Finder that helps you find your favorite animal by the “zone” where they live. The zoo’s free mobile app will help you navigate. There’s also a San Diego Zoo KIDS website with online games, animal cams and fun facts about the animals and opportunities for special Twilight Treks, sleepovers and “Inside Look” tours. Look for members of the teen Zoo Corps at their discovery stations throughout the zoo. They’ll teach you all about the animals you are meeting!

There are plenty of unique opportunities at the San Diego Zoo Safari Park — feeding the giraffes on a Caravan Safari or climbing and swinging like a monkey through the trees on a Jungles Ropes Safari. Get up close to cheetahs (safely!) and see them run as they race on a long track in the Lion Camp. You can even go up in a balloon (up 400 feet) over the Safari Park grounds or feed the lorikeets at Lorikeet Landing.

There may be animals at the Safari Park you’ve never heard of — like the Arabian Oryx who live in the desert and may be responsible for us believing in unicorns. (When you see them from the side, their two long, skinny horns look like one!)

TIP: If you plan to visit both the zoo and the Safari Park, opt for a multi-day ticket. If you are also visiting SeaWorld San Diego, there is a San Diego 3-for-1 Pass that gives you seven consecutive days’ at all three parks for less than the cost of the combined one-day admission.

Just make sure everyone wears comfy shoes and brings along a water bottle. You’ll be glad you did, as you make tracks “around the world” — from Panda Canyon to the Northern Frontier where the polar bears live to the Outback to see the Koalas. Did you know the San Diego Zoo has the largest koala colony outside of Australia?

The San Diego Zoo is famous for creating habitats for the animals that look like their natural habitats. Watch the hippos through an underwater viewing window as they play in the water. Along the Tiger Trail, you’ll think you are in an actual rainforest!

The Polar Bear Plunge (there’s an underwater viewing area here, too) is a good opportunity for a lesson about climate change, as the kids try the interactive games.

You also won’t want to miss:

— The Children’s Zoo where, if you’re lucky, you’ll see the baby goats being bottle fed.

— The Lost Forest where the orangutans swing through the trees and you can see some of the rarest monkeys on Earth.

— The enclosed aviaries where strange birds fly right by your face.

— Africa Rocks where you can meet a snow leopard.

— The Urban Jungle that’s home to the giraffe and cheetah.

— Elephant Odyssey where besides elephants you’ll see lions, jaguars and the California condor.

— The Northern Frontier where besides the polar bears you can get face to face with a reindeer.

Got a new favorite animal?