Families making the most of Disney World with new technology 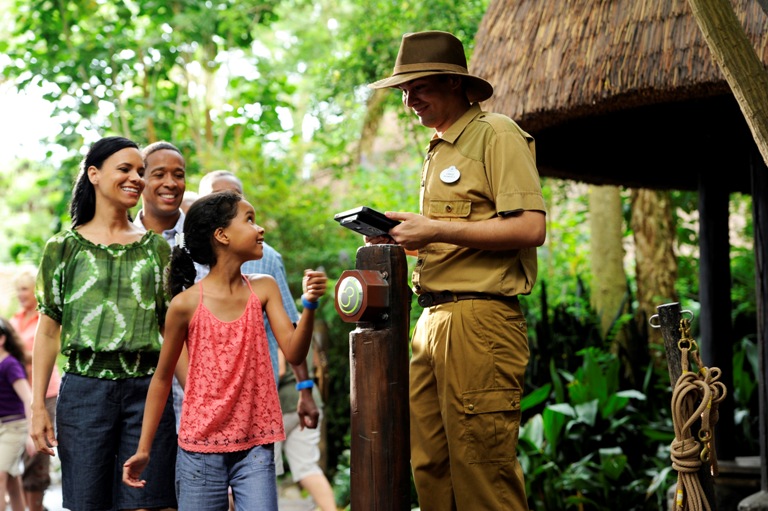 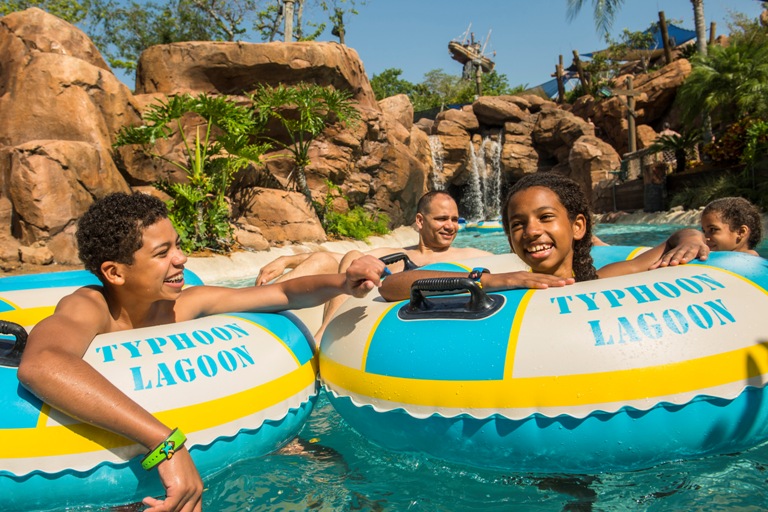 With the introduction of MyMagic+ to Walt Disney World Resort, guests are finding the key to unlocking all the magic is the MagicBand

Even the glitteriest magic wand won’t cut it at Walt Disney World these days. But wave a MagicBand and see what happens.

Touch the Mickey icon on your neon-colored wristband to matching Mickey touch-points throughout the Disney parks and you can avoid lines to the most popular attractions, meet-ups with the kids’ favorite characters or prime viewing spots for parades and fireworks.

And there’s more your MagicBand can do: open your Disney hotel room, keep track of your digital Disney photos and pay for souvenirs and meals (once you put in a four-digit pin). Most important, with the new MyMagic-plus technology on the web, the free mobile app and MagicBands the kids can lead the way.

Even Walt Disney Parks and Resorts chairman, Tom Staggs, found that to be the case when he gave the new technology a “test run” with his three sons aged 16, 14 and 9. “They said, ‘we’ve got this!’ and were in charge!” Staggs told me in Orlando; we where there for the new MyMagic-plus program unveiling, which took place with great fanfare.

That’s because we all know when it comes to new technology the kids figure it out faster than we do. They’ll like the fact that Disney cast members can greet them by name (as long as you’ve programmed that into your information on the website!) Certainly, the kids can help grandparents use the new system, Staggs suggests, noting that Walt Disney World is an extremely popular destination for multigenerational groups these days.

(There’s a new deal for them: Groups of six or more who purchase a four-day ticket by June 14, get an additional free day for everyone in the group — a big savings given that Disney just raised its prices! Also look for deals that can save you as much as 30 percent on Disney hotels this summer).

Another tip: You can use the system, pre-programming your experiences and downloading the app even if you buy tickets elsewhere in advance, like from UndercoverTourist.com which offers significant discounts and in some cases, a free day’s admission.

The one caveat: Before you can wave your MagicBand around, you’ve got to figure out how the system works. (It has been years in the making and outsiders estimate it cost close to $1 billion dollars.) No date has yet been announced for the program to be introduced at Disney’s California parks, but it will be, Staggs said.

If you’re heading to Walt Disney World, the first thing you need to do — once you’ve booked hotels and bought your park tickets — is set up a www.mydisneyexperience.com account and link everyone who is traveling with you so that you can book experiences and rides together and share photos. (Book the MemoryMaker package for $149 before your arrival and everyone in your travel group gets access to all of the photos taken by Disney photographers, as well as action shots on the attractions.)

If you are an annual pass holder or staying at a Disney resort, including the Walt Disney World Swan and Dolphin just outside Epcot, you can start pre-booking rides and “experiences” 60 days in advance. You’ll get your personalized MagicBands free in the mail. If you are staying off-property, as long as you’ve booked your tickets, you can start scheduling experiences 30 days out. You can purchase MagicBands for $12.95, but your ticket also work at all of the touch-points.

Anyone who has ever stood in a long line at Disney World knows this preplanning is no small thing. It’s a huge improvement over FastPass, which allowed you to get a specific time to return to certain popular attractions to avoid the line. However, with FastPasses they would often be exhausted by mid-morning and you could only get one every few hours.

Now, with the new Fast Pass-plus you can book three in advance and three more once you’ve used those. And you can change your plans as you go on your mobile app or at the designated kiosks in the park.

The good news: The number of experiences you can pre-book has doubled to more than 60. The bad news: The experiences are “tiered” so you might not be able to pre-book your top picks in each park. If you have a park hopper ticket, you can’t book additional experiences until you get to the next park on your agenda.

I know, it sounds complicated and a lot of work. But it’s a lot easier than navigating long lines on a hot day or listening to crying kids who are disappointed they didn’t get to hug their favorite Disney character.

That’s why guests are already embracing the system big time with 40 percent more FastPasses being used, according to Disney executives. To date, some 50,000 people have pre-booked rides for Magic Kingdom’s new Seven Dwarfs Mine Train family coaster and it doesn’t even open until later this month.

“It makes the entire trip a lot less stressful,” said Tiffani Eisenhauer, here with her family from St. Louis.

The MagicBands de-stress the experience for kids, too, said 12-year-old Ethan Morrison, here with his family from Toronto. He’s not worried about his parents getting angry if he loses his room key or paper FastPass, he explained.

His older brother Gavin, 14, added, “It saves a lot of time you spent waiting on line.”

That’s a big part of the idea, Disney executives said. Not only can you personalize your family’s experience, but you’ll have time to do things you wouldn’t have otherwise, said Gary Daniels, who has been helping to shepherd the MyMagic-plus team for the past six years.

Your mobile app’s interactive map can tell you waiting times for attractions near where you are, where the characters are and where to eat — after you peruse the menus and make a reservation, if you like.

Of course, you’re bound to forget something — like that all-important visit with Cinderella, ruefully said Michael Chandler, here from South Carolina with his wife Heather and 3-year-old daughter Lillie.

They were still hoping to make that Magic Moment happen before they headed home.