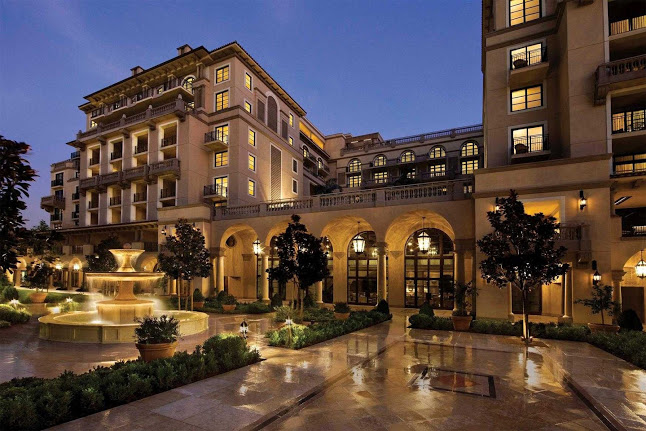 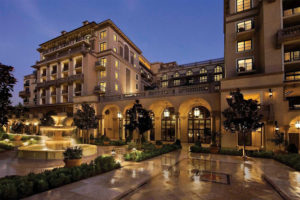 It’s often what people think of when they think of LA but of course LA is a lot more than that, my friend Jennifer Miner who is one of the www.vacationgals.com and lives in suburban LA tells me.  We take a walk on Venice Beach—home of the original Muscle Beach and far less manicured than neighboring Santa Monica.  But Miner says especially in the afternoons, it is safe for young teens who want to ride their bikes from Santa Monica, get a henna tattoo and take in the scene.

“Teens feel like this is sooo cool,” she explains.  I see one guy skateboarding with a black cat on his shoulder; two surfers coming out of the ocean and a medical marijuana dispensary “If you want to see surfers who know what they are doing, get up early and come watch s the sun is rising,” Miner says.

I go from this very real scene—and yes there are homeless people sleeping here—to the most artificial—Universal Studios Hollywood which many people don’t realize is a working movie and TV studio.  In fact, this afternoon, CSI, the Mindy Project, Parenthood and the Voice are among the shows that are being filmed today.  I take the studio lot tour and the guide tells us this has been a working studio for 100 years.  We drive through sets where John Wayne and Jimmy Stewart worked.

The kids, of course, are more impressed with all the special effects.  “I liked seeing ll the sets and how they make fire and earthquakes and rain,” said 11 year-old Megan who is visiting from British Columbia.

“The transformer ride was the best because the special effects are so cool,” said 13 year old Emily, here with her family from Arizona.

“The mummy ride was my favorite because it is dark and scary,” said 12 year old Rafael from Stockton, CA.

Parents, meanwhile, seemed tired. “We need a day at the beach! Said Jill Blower, who said she has been going nonstop with her family.  “But we’re just going with it!”

Sometimes the kids want a break too.  I had to laugh when I got to the ultra luxurious Montage in Beverly Hills and  Sandy Gustin, who runs the hotel’s popular Paintbox program for kids said two young guests begged their mom to stay here and do arts and crafts and other activities—cost is $100 per child for the day—rather than go to Universal Studies.  “The mom was in shock,” said Gustin, but she let them stay.”

For those who can afford the freight (rooms here start at over $500) kids can cook with the chefs on Tuesday learn magic tricks on Monday or make your own Hollywood handprint on Saturday, among other activities. On Easter, there will be a huge Easter egg hunt.  The spa welcomes young guests with a princess make-up application ($50) or a manicure ($40) or even a warrior paint application. Because the program is small, Gustin said, they can adapt the schedule to the kids ages and interests, whether they are five or 12.  “They come for a few hours and end up staying all day,” she said. “It’s the personal connection that we offer that these families want. We really get to know these kids.”

And sometimes, that’s better than even the best theme park attraction.