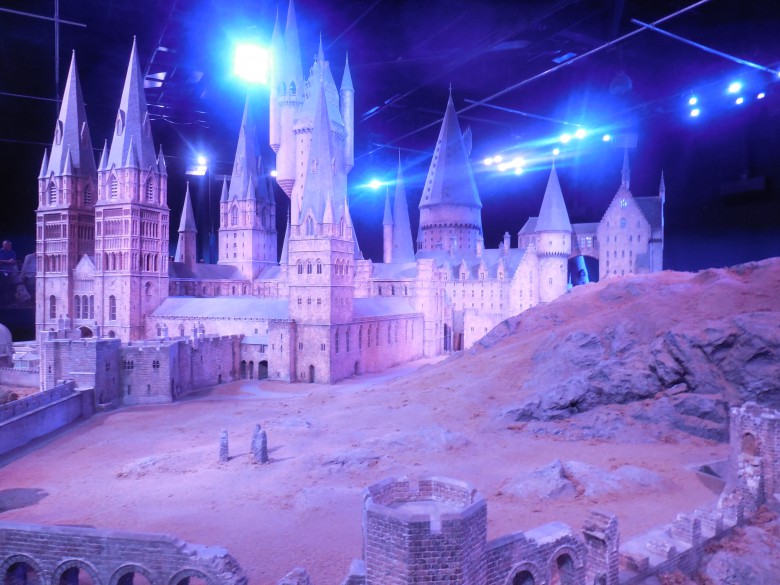 The Woods family had flown 24 hours to London from Australia, but they weren’t planning to ride the famous London Eye, see a West End play or even check out the Crown Jewels.

In fact, they’d come for just one reason — the Warner Bros. Studio Tour London — The Making of Harry Potter, 20 miles north of London at Warner Bros. Studios Leavesden, joining as many as 6,000 people a day who make the pilgrimage. “We’ll see enough museums in Italy,” Emily and Ella Woods agreed, as they sipped their Butter Beer.

“We made a detour from our trip to France and Italy just for this,” said James Woods somewhat sheepishly. As research shows, kids are increasingly driving vacation decisions and Emily, 13, and Ella, 10, certainly did in this case, their parents said.

The girls are serious Harry Potter fans: They’ve read the books and seen the films multiple times. “Our friends think we are pretty crazy,” Emily acknowledged. But they couldn’t be happier on this day and because they were so happy, so were their jet-lagged parents.

The day we visited, the gargantuan studio was filled with fans like the Woods sisters — young and old, some in costume — from around the world jabbering in many languages, the kids filling out the passports they’ve been given with questions to answer (How many players are there on a Quidditch team?) and stamps to add throughout the tour.

See Dumbledore’s office, Diagon Alley and the Ministry of Magic. “It’s all amazing,” said Bailey Tingley, who is from Indiana. When her parents offered to let her choose a family trip to honor her high school graduation, she said, “I picked England for this tour and Harry Potter,” noting it was the first time the family had traveled outside the United States. 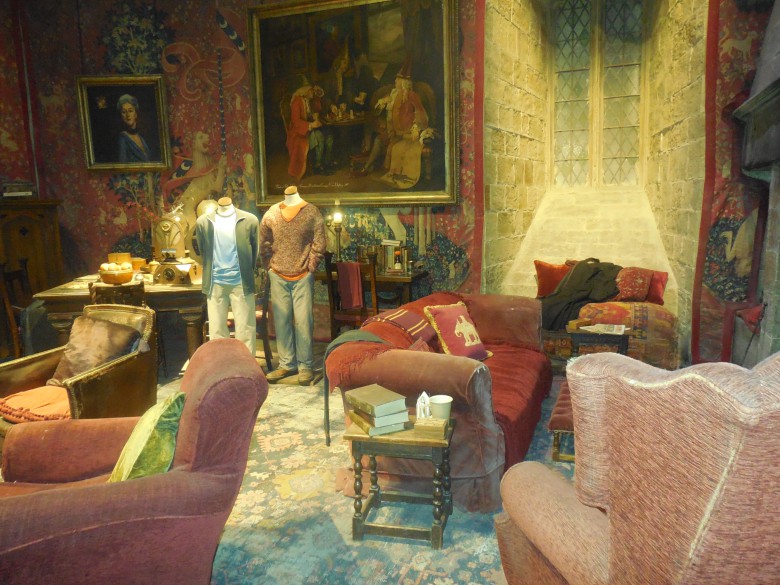 While the Wizarding World of Harry Potter at Universal Orlando — and coming to Universal Hollywood — immerses visitors in Harry Potter’s world, making you feel as if you have stepped into the film, this is the place to appreciate the hard work and creativity that brought J.K. Rowling’s stories from the written page to the big screen and see the props (Harry’s first robes) and sets (walk right into the Great Hall. See how the Gryffindor common room carpet was made to look so old) that made it all possible.

Diehard fans in Britain also make pilgrimages to Edinburgh where J.K. Rowling famously wrote the books to see a school Hogwarts may have been modeled on, the “real” Diagon Alley and other sites, said Edinburgh Tour Guide Sam Thomson. She notes that some fans even ask guides to dress in costume for special Harry Potter tours.

Here, there are video interviews with everyone from young stars Daniel Radcliffe and Emma Watson to producers and directors and those who created the sets, costumes and special effects. Some 4,000 people worked on each of the eight movies here over the course of a decade.

Let’s not forget the chance to “fly” on a broomstick in front of a green screen that “magically” is transformed, as if you were playing Quiddich (in case you didn’t know, there are seven players on a team.)

The scale model of Hogwarts (which takes up a very large room) took 40 artists seven months — with tiny tiles placed on each of the towers by hand.

See how some of the thousands of visual effects worked, like the motion rigs used to make the characters fly. Wave your hand over a screen to make the carrots chop or the pan wash itself in the Weasley kitchen. Learn how the Creatures Effects department built Lord Voldemort’s face. 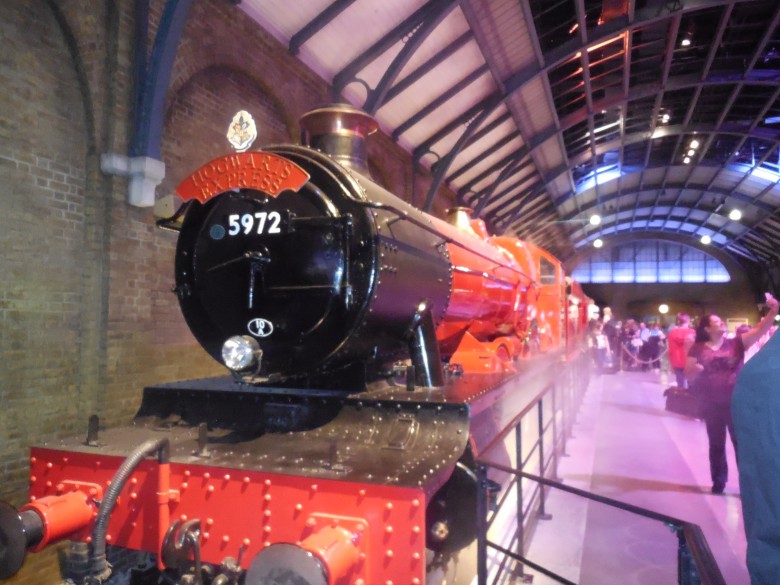 Pose for a selfie on Platform 9-3/4 and climb aboard the original Hogwarts Express steam train. See how those iconic train scenes were filmed.

Who knew the first wands were bejeweled — until J.K. Rowling said they should be made of wood and designed for each wizard. Who knew those working behind the scenes on the films were models for the 350 enchanted portraits.

Who knew there were more than 250 animal actors who played Fang the dog, Crookshanks the cat, the Snowy Owl and others — all looked after by a team of dedicated animal trainers.

Rebecca Fielding and her two daughters Rebecca, 11, and Bethany 5, were decked out in wizarding robes and said they’d driven four hours for the experience — for the second time.

Make sure to book your Warner Bros. tickets ahead at www.wbstudiotour.co.uk — the tickets are a little less than $52 for adults, $40 for kids and $158 for a family of four. Take the fast train to Watford Junction where shuttle buses are waiting. Alternatively, you can book (more expensive) bus tours from London through Golden Tours.

It’s actually pretty easy to get here by train — a 20-minute train ride from Euston Station in London followed by a quick shuttle bus ride — less than $20 per person with an Oyster Card that gives you discounted train and tube fares.

Of course, there are plenty of options for where to stay in London where hotels are increasingly kid-friendly. The upscale One Aldwych in Covent Garden, for example, touts a kids-free package and a special Afternoon Tea inspired by “Charlie and the Chocolate Factory” (the musical is playing nearby.)

If you want large American-sized rooms and the kid-friendly JW Steakhouse, consider the historic JW Marriott Grosvenor House on Park Lane across the road from Hyde Park or try the new Safestay London Holland Park, a new style luxury hostel opening Aug. 1 in a historic building within the park where family rooms can be had for under $100 a night. You might be able to save some money by booking an air-hotel package on British Airways or Virgin Atlantic, which wins kudos for their family amenities like the new onboard Thomas the Tank engine film coupled with Thomas toys to keep the littlest travelers occupied.