First cruise seen through a teen’s eyes, and camera 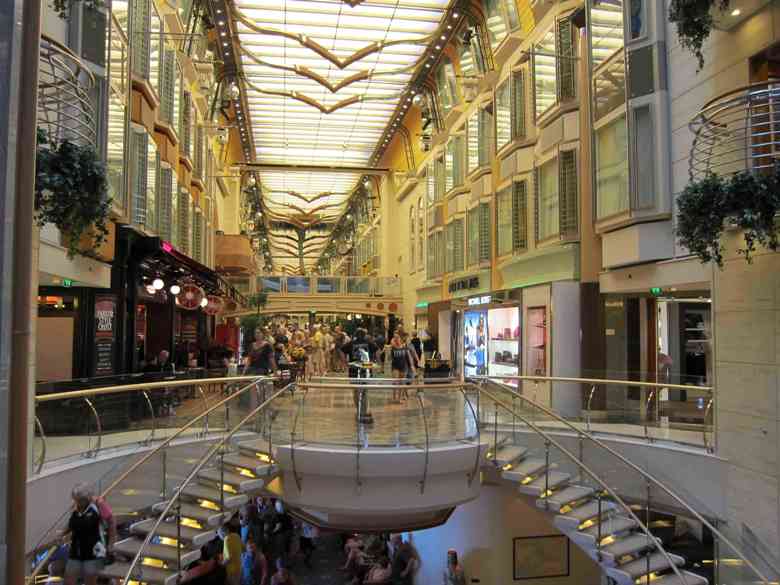 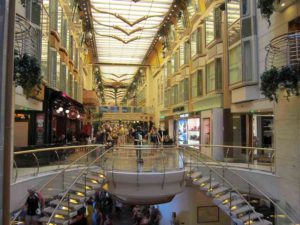 Interior of the Royal Caribbean Freedom of the Seas

Upon embarking on the Freedom of the Seas, I was greeted with array of bright colors, a variety of shops, and a smiling crew.

The main shopping area, known as the Royal Promenade, features a Starbucks, Ben and Jerry’s and Cupcake Cupboard. I had mistakenly thought that everything was included in the price of the cruise, but these snacks cost extra.  I am something of a Starbucks addict, so I was relieved that I wouldn’t have to go without my favorite drinks.

We explored the interior of the ship on our first afternoon and I was amazed at how large and energetic it felt. With its glass elevators, purple lights, a life-sized mermaid on the ceiling, never ending buffets and replicas of Egyptian statues, it reminded me of Las Vegas.

At dinner I ordered the steak, which was delicious. Not having to look at prices on the menu was great, and I could really order whatever I wanted. After dinner, the arcade was having a special hour of free games to welcome us aboard. It was packed with kids, teens and parents. I played childhood favorites like “Dance Dance Revolution”.

Soft drinks aren’t free on the ship, but you can purchase a plan that allows you to have unlimited soft drinks during the trip. We didn’t, as my mom is anti-soda.  I was fine with the lemonade, juice and iced tea that are included with the cruise.

What’s nice about the cruise environment is how easy it is to meet people. Although I am too old to go the teen club (you need to be under 18 and they are strict about this rule), there are still lots of opportunities to meet people.  A large group of Harley-Davidson motorcycle enthusiasts were on the ship, and I learned about their lifestyle from the bikers that I met.  They seemed like awesome, open-minded people.  They were on the cruise as a fundraiser for someone who needed kidney dialysis, so any pre-conceived notions that I had about these bikers being tough guys went out the window.

My biggest shipboard challenge was not having cell phone coverage.  Disconnecting from the Internet wasn’t easy either. It is very expensive to surf the web. My mom kept saying that this “digital detox” would do me a world of good, but I hadn’t been prepared to say goodbye to Facebook. In the end, I think being cut-off from my friends helped me to reach out and make new friends.

The entertainment on the ship became something I looked forward to every night. There was a fantastic magic show starring the illusionist Drew Thomas.  He had previously been on America’s Got Talent, so I was familiar with him. His illusions were spectacular.  He even involved the audience in one of his tricks, where he sawed a woman in half.   After the nightly show ended, there was always something fun going on.  Karaoke, trivia contests, dancing and ice-skating were some of the options.  It is impossible to get bored with all that happens shipboard.