Flying smart with the littlest passengers 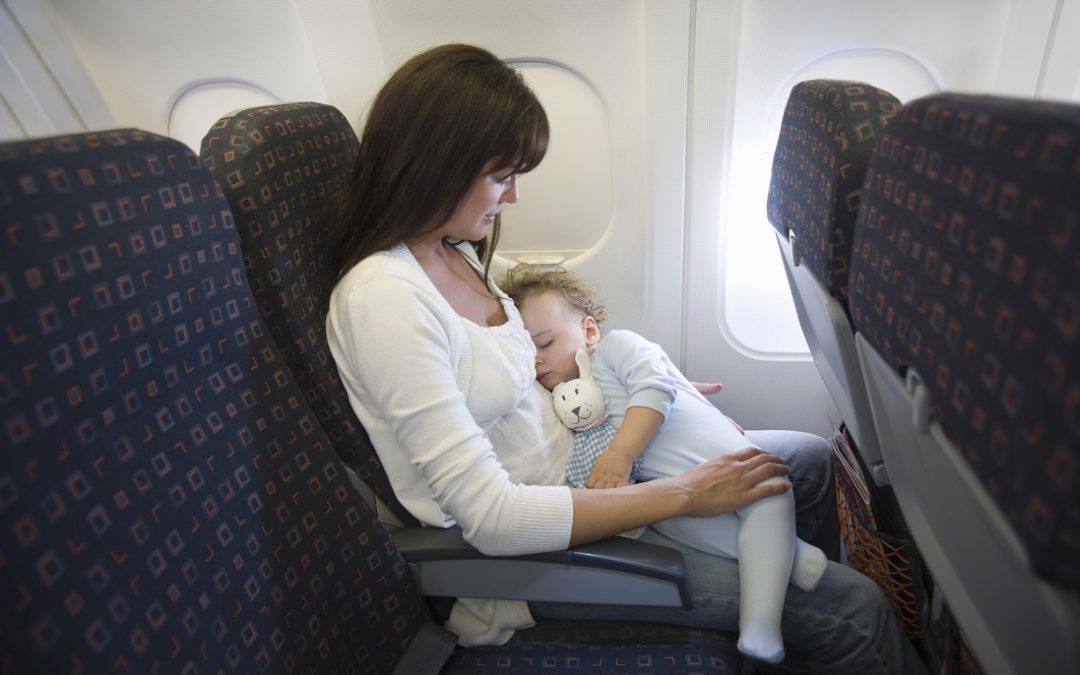 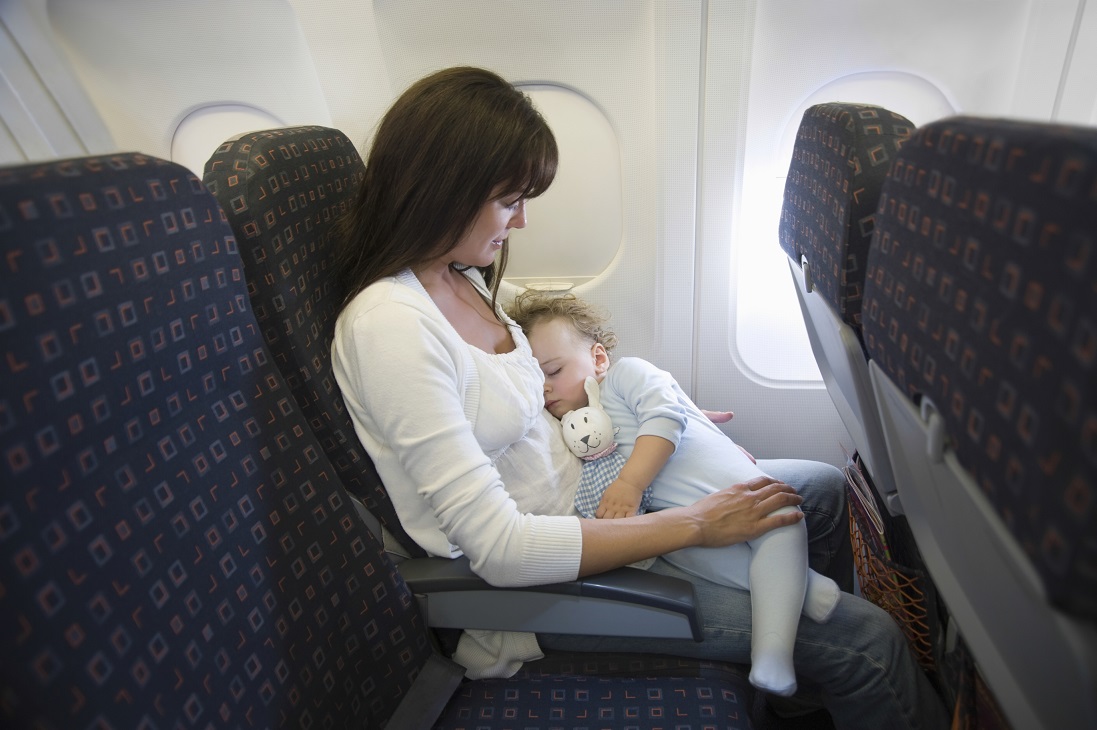 Baby girl sleeping on mother’s laps while traveling in airplane

There’s no argument: babies and toddlers are precious cargo.

That’s why parents and grandparents wouldn’t consider driving with a young child if they aren’t properly restrained in a safety seat. Not only is it the law, but those seats save lives.

So why is it different on a plane? “We have to secure everything in the cabin — from coffeepots to laptops, but we don’t secure children under two,” says consumer advocate Bill McGee, formerly in airline operations. The author of “Attention All Passengers,” McGee has been advocating for safety seats on planes for many years and recently brought up this subject yet again at a meeting with consumer advocates and the Federal Aviation Administration.

What risk, you may ask? A child can fly out of your arms if there is severe turbulence, for example, never mind a crash. If the air on the plane becomes depressurized in an emergency situation, he said, “It is a matter of physics … you can’t hang onto a baby.”

The FAA agrees. “Your arms aren’t capable of holding your child securely, especially during unexpected turbulence,” the FAA says in its special Flying with Children brochure. That’s why the FAA “strongly urges” you to secure you child in a child safety restraint system approved for air travel (just look on the label of your car seat). “The safest place for your child on an airplane is in a government-approved child safety restraint system (CRS) or device, not on your lap,” the FAA says. “It’s the smart and right thing to do so that everyone in your family arrives safely at your destination.”

But here’s the rub. On a plane, unlike in a car, you aren’t required to use a safety seat. In fact, as any parent who has flown with a young child knows, kids up to two may fly free as a “lap child.”

As for the recent meeting at the FAA where this, as well as other consumer issues were discussed, “There was no outcome. We were there in force. The FAA heard us. DOT heard us,” said Charles Leocha of Travelers United.

Airlines won’t say how many lap children they carry each year, but you typically will see them on most every flight — more as we head into the summer travel season. But it appears that few families opt to use safety seats. They may well bring them — checking them as luggage. “It’s so frustrating,” says McGee. “Parents don’t realize the risk.”

“I don’t worry about her safety because if the ‘fasten seatbelt sign’ is on, then I make sure she is held tightly on my lap,” one mother of a 5-month-old explained some time ago. Another dad said he was trying to save the cost of a ticket while he could and a nursing mom said it was easier to hold her infant.

Attitudes certainly haven’t changed, nor has awareness. Why aren’t safety seats required? Consumer advocates, including McGee, explain that arguments are made that if safety seats were required on flights, thus requiring parents to purchase another seat, more parents would drive where statistically the dangers of a crash are higher. “But there is no study proving that theory,” McGee asserts. 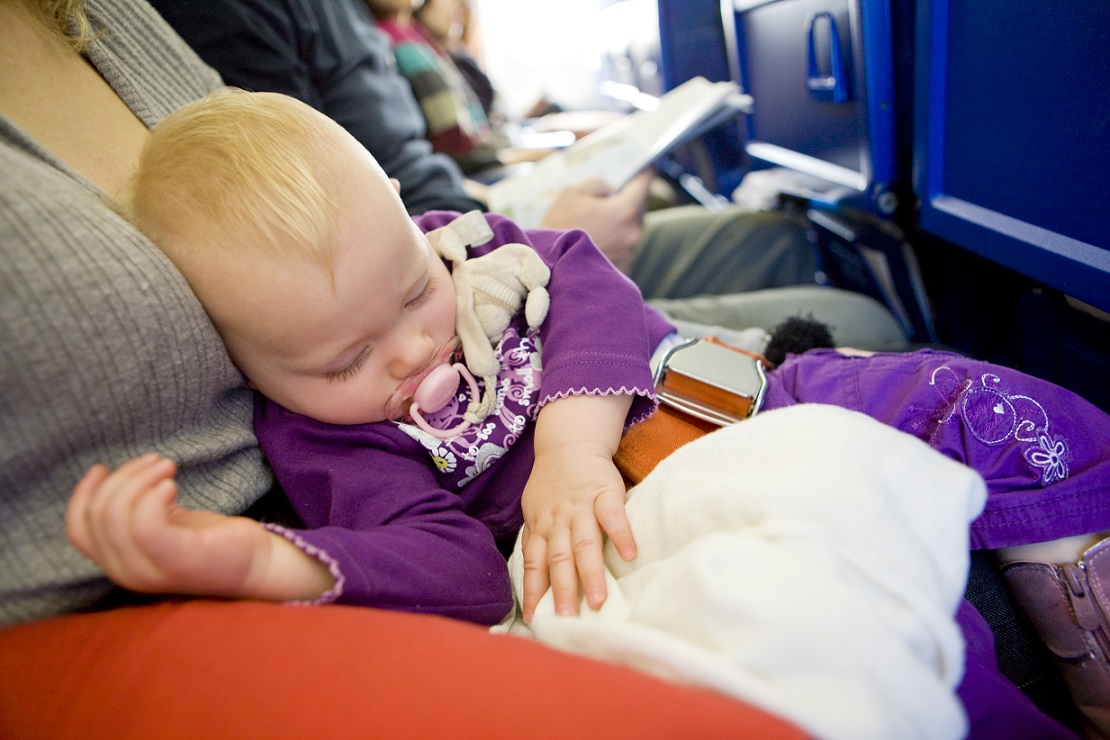 A tip: If you don’t want to lug your safety seat to the gate, check out www.kidsflysafe.com, which makes an FAA-approved, harness-type safety device — designed by a grandmother — that fits into a six-inch stuff sac and adjusts to fit airplane seats. It is designed for kids 22 to 44 pounds (typically one to 1 to 4 years old).

Once upon a time, I’d advise parents to bring their safety seat to the gate in the hopes that the flight attendant would “give” them an empty seat — and put them next to it.

Today, not only aren’t there any empty seats but truly, the only guarantee that your family will sit together is to purchase “extra legroom,” seats. Families have reported to me that even when they thought they had seats together, they would arrive at the airport to discover that’s not the case. (More often than not, the plane has changed and now has a different configuration of seats.)

It turns out there was a provision included as part of the 2016 FAA Reauthorization Bill that would have alleviated the problem. However, the secretary of transportation had a year to decide if it was appropriate to establish policy directing air carriers to seat children 13 or under adjacent to an older family member at no additional cost, except, of course, if the adjacent seat would require an upgrade.

Since then, there has been no directive at all. Nothing has happened,” said Leocha.

Those families who fly only once or twice a year seem the most blindsided, especially when the gate attendants typically leave it to the parents to convince someone to switch a seat. One parent suggested that offering free drink coupons might convince them. I’m not so sure.

There is so much we can’t control when we fly — flight delays, weather, long security lines. (Consider signing up for TSA Pre Check — just $85 for five years and you speed through security without taking off your shoes or unpacking laptops or liquids. And kids 12 and under can go through with you at no extra charge!)

One thing you can control is to keep your baby or toddler as safe as possible onboard — in a safety seat.