Following in the footsteps of royalty 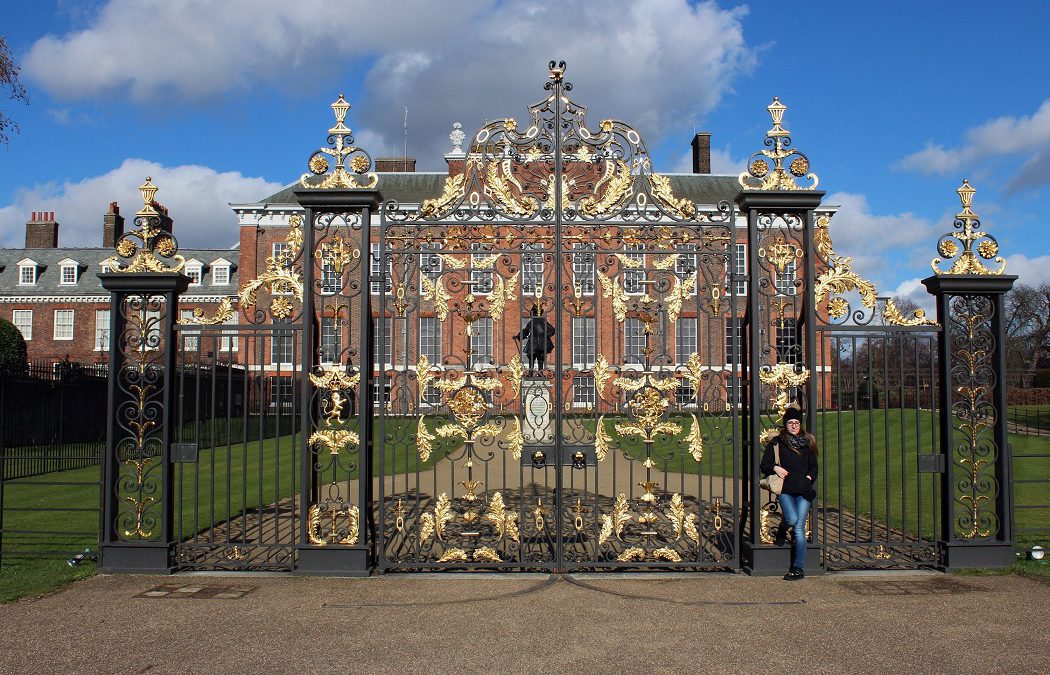 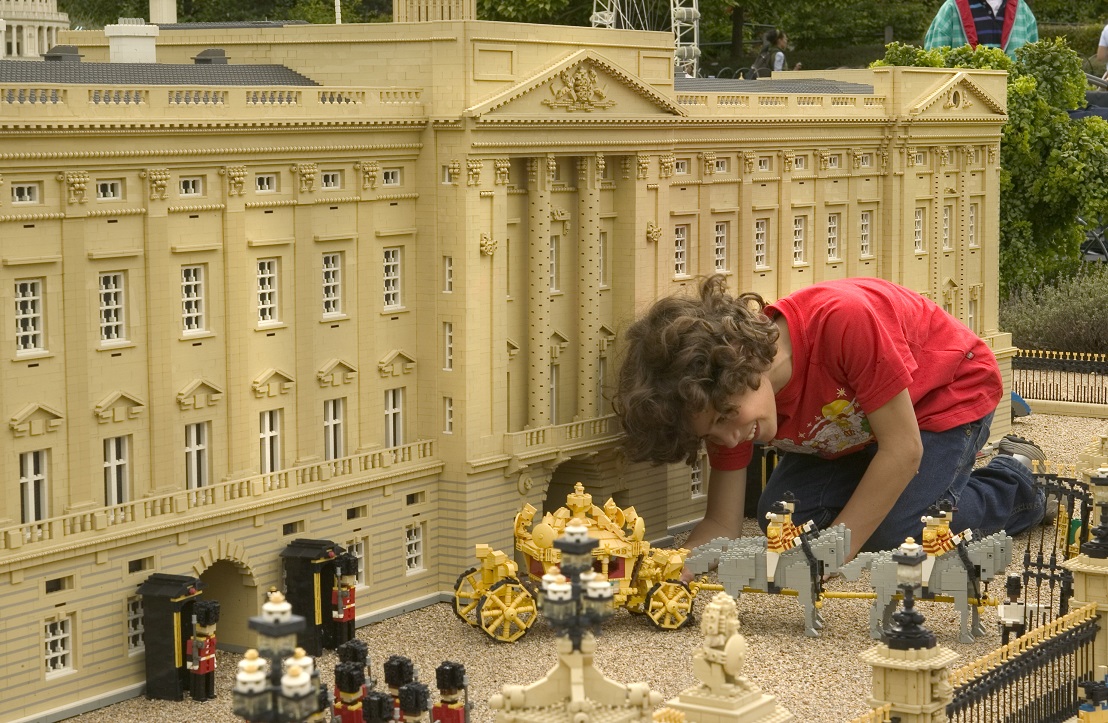 Didn’t get an invite?

You’re in good company. President Trump, British Prime Minister Theresa May and other world leaders also didn’t make the cut for the May 19th wedding of Prince Harry and Meghan Markle. After all, St. George’s Chapel at Windsor Castle can only hold 800 people (600 have reportedly been invited to attend, with some 2,000 others invited to watch the comings and goings outside). This wedding is not a state occasion, royal watchers have explained, since Prince Harry is not the direct heir to the throne.

But there’s nothing stopping you and the kids from following in the royals’ footsteps in and around London this summer — a great time to visit with everyone so enthusiastic, first celebrating the birth of the new baby prince and now the wedding.

There are plenty of royal wedding packages, too, including everything from the Royal Experience at Ellenborough Park where I stayed, a country hotel complete with falconry lessons (falconry is the sport of kings) to The Rubens at the Palace, overlooking Buckingham Palace, and The Milestone Hotel & Residences, which sits directly opposite Kensington Palace where the hotel staff will arrange a picnic for you in the Kensington Gardens. At the very least, treat yourselves to The Ruben’s Royal Afternoon Tea, as we did, which offers the Queen’s favorite Jam Pennies and a version of the chocolate biscuit cake that William and Kate served at their wedding reception.

Where should you start? Windsor. Just west of London, Windsor’s right on the Thames and an easy train to where the wedding will take place. Incidentally, Windsor is home to the LEGOLAND Windsor Resort where you can stay at the LEGOLAND Castle Hotel. Check out the knight made of 160,000 LEGO pieces!

Take the same procession route as the bride and groom, ending with the famous Long Walk, a historic three-mile avenue through the Great Park (check out the herd of deer) that ends at Windsor Castle.

Watch the Changing of the Guard at Windsor Castle (hopefully less crowded than at Buckingham Palace) and then take a tour of the oldest and largest occupied castle in the world. The Queen is often here on weekends. You won’t want to miss Queen Mary’s Dolls’ House, which is filled with thousands of tiny objects, including a library with shelves of books, a garden, even running water. And yes, you can visit St. George’s Chapel. (Maybe the kids will want to see who can find all 10 of the monarchs’ graves first.)

Get fixings for a picnic at the Windsor Farm Shop, which sells beef, pork and lamb reared on the royal farms, perhaps some of which will be served to the wedding guests.

Eton College, in Windsor, is where Princes William and Harry went to school. Remind the kids that until recent history, the royals were educated at home. (Eton was founded before Columbus discovered America in 1440 to educate poor boys.) On Sunday afternoons, the college opens its exhibit spaces, including the Natural History Museum and the Museum of Eton life that showcases not only the history and traditions of the storied school, but also illustrates what life is like for students today. How different from American kids’ experience?

Rent a boat and row on the Thames for an hour or two. Alternatively, there are regular cruises up and down the river departing from the jetty close to Eton Bridge. 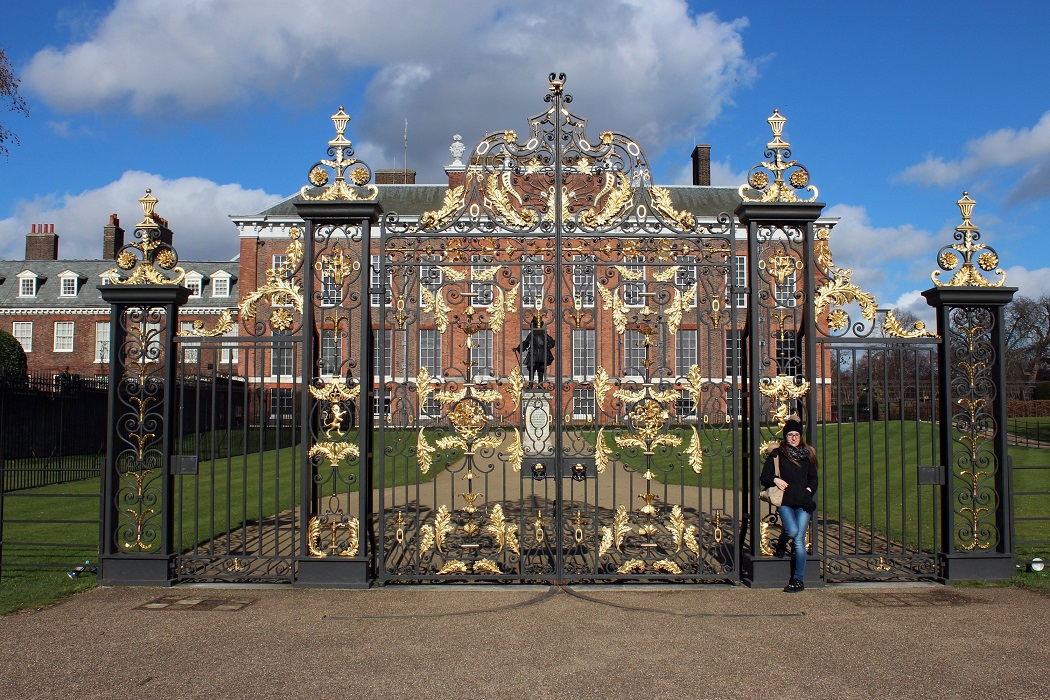 The front gates of Kensington Palace in Hyde Park

The kids may groan at yet another castle, but you can’t miss Kensington Palace where Prince Harry and his Prince William grew up, where they both still live and where the new baby prince was whisked off to just hours after his birth.

Just don’t expect to get anywhere near where the royals live — just as you won’t get anywhere near the private quarters in the White House. Having visited both, I think Kensington Palace, one of Britain’s Historic Royal Palaces, is a lot more fun with daily interactive adventures with a character from history (and a special Family Trail scavenger hunt (download the app before you visit or pick one up when you arrive).

Anyone who has ever visited historic homes with kids knows it’s a lot more fun when the kids are engaged. (Come the last Sunday of every month for Storytastic Sunday with Make History workshops, special activity bags and, of course, stories. If you plan to visit many of London’s top attractions, consider a London Pass, which gets you more than half off on top attractions and allows you to bypass the lines).

Fun fact: During the 18th century, no one could leave the king without permission — not even to go to the bathroom. Some ladies carried a tiny chamber pot they could use under their huge skirts.

Queen Victoria grew up at Kensington Palace. She later described her childhood as lonely and unhappy as she wasn’t permitted to play with other kids or even sleep in a room by herself. Her dolls — more than 100 — were supposedly substitutes for playmates.

Ask your kids how they would have liked that — and then to suddenly become a very powerful queen at age 18. The “Victoria Revealed,” exhibit tells the story of the woman who transformed Britain during her 63-year reign with displays of things she loved, from her big doll house to the spectacular jewels given to her by her beloved Prince Albert.

“Diana: Her Fashion Story,” featuring some of Princess Diana’s most iconic outfits, continues to sell out. Garden tours are also popular, though the kids will like just running around the expansive grounds, especially if you’ve got more castles on the agenda.