Football, roses and art – Pasadena CA has it all 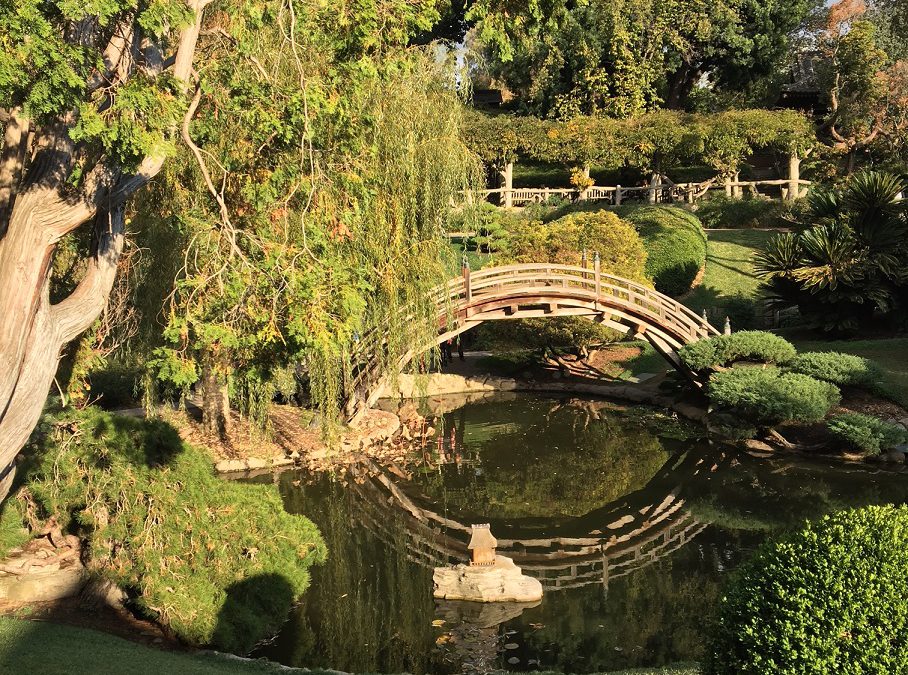 Happy New Year! Let’s hear It for volunteers. They staff our food pantries, our PTAs, and every year, The Pasadena Tournament of Roses.

The Tournament of Roses—935 volunteers strong—is responsible for America’s New Year Celebration, this year with 40 flower-festooned floats horses and marching bands, that is traditionally held just before the Rose Bowl. For some families, watching the Tournament of Roses (Jan 2 starting at 8 am PST)  is as much a tradition as the Macy’s Thanksgiving Day Parade.

Well over 50 musical groups compete for just a dozen openings and include high school bands from across the country.

This celebration is more than a century old and requires about 80,000 hours of combined manpower.  The event first began as a promotional effort by Pasadena’s Valley Hunt Club to promote their sunny weather, an abundance of fresh flowers, just-picked oranges—all while many parts of the country were buried in snow.

In case you are wondering, the Tournament of Roses is Monday, not Sunday  dating back to a “Never on Sunday tradition since 1893 when the Tournament wanted to avoid frightening horses hitched outside churches and thus interfering with worship services. The first parade  organized by the Valley Hunt Club of flower-decorated horses and buggies and an afternoon of public games dates back to 1890; following the parade, young men competed in foot races, tugs of war, jousts and more. It was a success—more than 2000 people attended.

The first Rose Bowl Game played at Tournament Park wasn’t held until 1902 when the University of Michigan beat Stanford 49-0. There was an unfortunate stampede as  8,500 spectators aimed for the 1,000 seats. Football didn’t return on New Year’s Day till 19126.

This year’s game will feature No. 5 CFP-ranked Penn State Nittany Lions, Champion of the Big Ten Conference, and the No. 9 CFP-ranked USC Trojans. Known as the oldest of bowls, this game has been home to 19 Heisman Trophy winners, produced 29 national champions, featured 211 consensus All-Americans and honored 117 college football legends by inducting them into the Rose Bowl Hall of Fame.

We discovered during a recent visit, though, that Pasadena, just 12 minutes from Downtown LA via light Metro Rail, has a lot to offer every day—not least the sunshine, 300 days a year. There’s the historic downtown, over  500 restaurants, 200 shops, Chapman University and  a  big art scene with museums within a few miles of each other. They include the Norton Simon Museum with works of Picasso, Rembrandt and Van Gogh and a sculpture garden, the Pasadena Museum of California Art, the USC Pacific Asia Museum with artwork from Asia and the Pacific islands dating back 5,000 years and the Huntington Library, Art Collections and Botanical Gardens, which draw visitors to its 120 acres of gardens with more than 14,000 species of plants as much as to the collections.  The camellia collection is one of the largest in the country.

We spent a wonderful afternoon at the Huntington alternating between the inside collections and the more than a dozen gardens—the Garden of Flowering Fragrance, the Chinese Garden, the Desert Garden, the Rose Garden and of course, a children’s garden.

Today the Library is one of the world’s great independent research libraries, especially in the fields of British and American history, literature, art and the history of science.. For the general public, the Library has on display some of the finest rare books and manuscripts of Anglo-American civilization. Altogether, there are about 6 million items. The Huntington is also known for its collection about the American West.

The art collections are in separate galleries on the grounds, including what originally was the Huntington Residence. Don’t leave without seeing Gainsborough’s Blue Boy! My favorite in the American art collection was Mary Cassatt’s Breakfast in Bed.

It was all started by Henry and Arabella Huntington. His work for his uncle, one of the owners of the Central Pacific Railroad, led him to California where he purchased the San Marino Ranch and began transforming it into what it is today. During his lifetime, Huntington amassed the core of one of the best research libraries in the world, assembled the art collection and planted the gardens with specimens from around the world.  Take time for a bite— a traditional English tea in the Rose Garden Tea Room. Dumplings and noodles at the Freshwater Dumpling and Noodle House in the Chinese Garden, sushi or brick oven pizza at The Bar or the Patio Grill, where offerings draw on the culinary heritage of LA’s communities.

The outdoor-indoor experience makes the Huntington easy to navigate with kids—some 20,000 schoolkids and teachers visit here every year. And that’s not counting all the families who come.  Come on “Free Day,” the first Thursday of the month, though you must reserve tickets in advance online a month ahead.

Have a scavenger hunt through some of the galleries and head outside to one of the garden. There you’ll find the cool new NASA Orbit Pavilion which lets you hear sounds from outer space (through Feb. 27, 2017) Check out the beautiful rose garden. How many colors of roses can you count? Visit the Japanese Garden. How many Koi fish  in the pond?