Fun and education on the beach in Clearwater FL 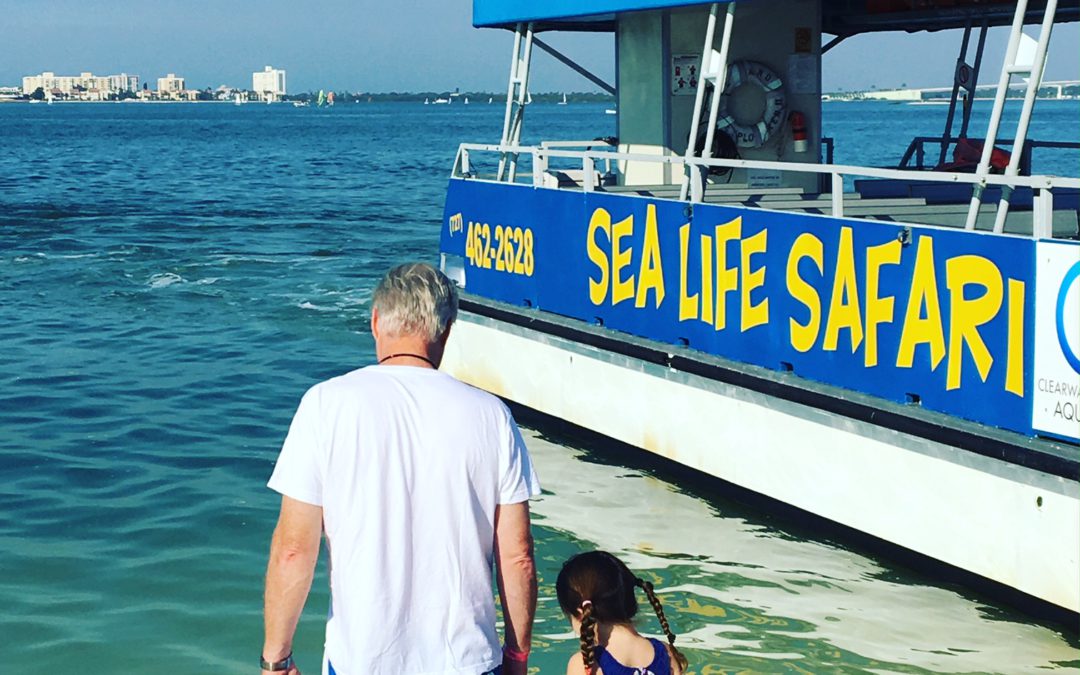 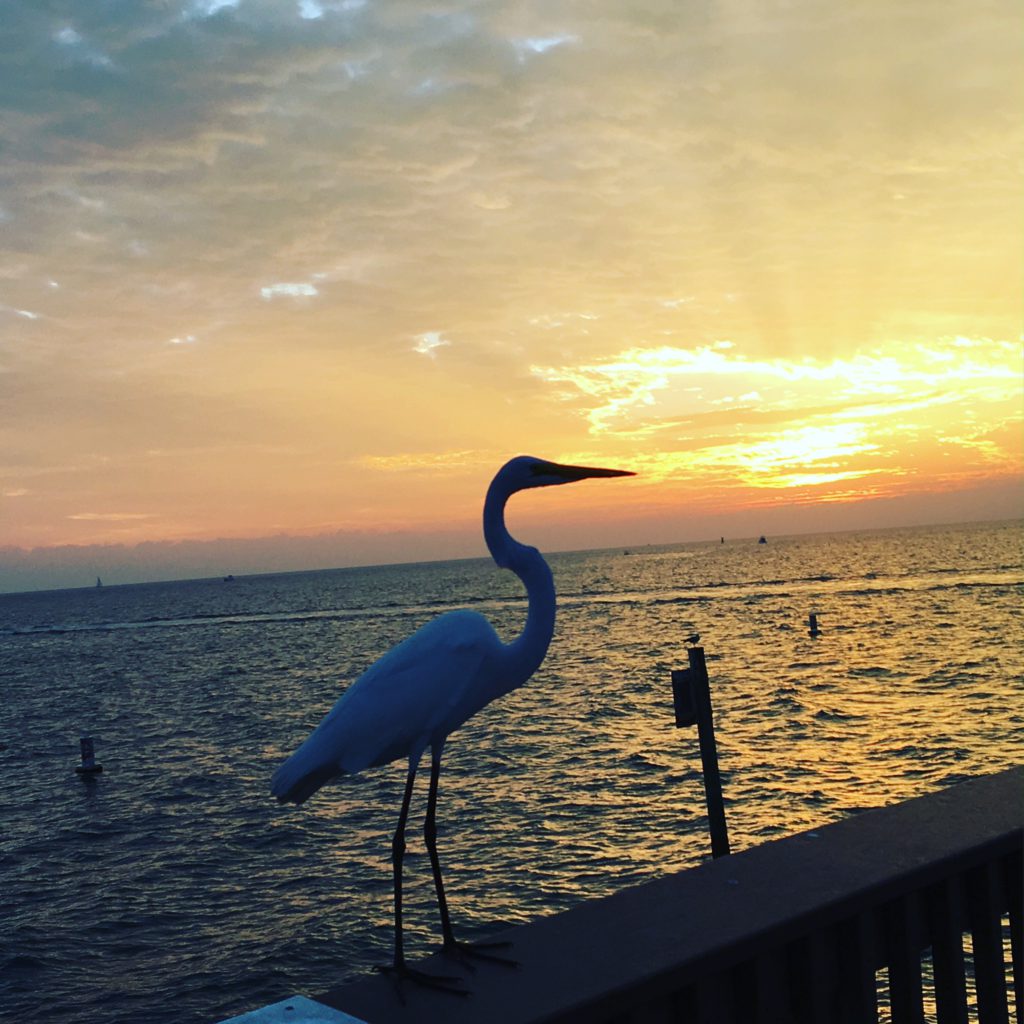 Seabird at sunset on Clearwater Beach

We just have to decide what we want to do on the six-mile long Clearwater beach just before Sunset.

There’s a beach volleyball game going on, couples canoodling, kids building sand castles, fathers and kids fishing at the end of famous Pier 60 lined with artisans selling everything from Conch shell lamps to all varieties of candles, holiday ornaments and jewelry with a beach theme. Every day from two hours before sunset to two hours after, the artisans are there. There is music and street performers, a giant blow up slide on the beach, play scape…everything a family might need for a carefree few hours in a beautiful, pristine spot where the sun shines most every day of the year and the white sand beach stretches for six miles.

“The kids love the water,” said Beata Jones from Cleveland OH. She explained she spent childhood holidays here and wanted her three kids to have that same experience.

We met on a wildlife boat safari from the Clearwater Marine Aquarium, a unique marine life rescue center most famous for saving Winter the Dolphin, the subject of the hit movies Dolphin Tale and Dolphin Tale 2.

Winter was so entangled in ropes from a crab trap that circulation was cut off to her tail which ultimately needed to be amputated. As Dolphins use their tails to swim, a special prosthetic tale was developed, the technology ultimately helping humans who need prosthetics.

There is an entire Winter’s Dolphin Tale Adventure exhibit a short free trolley ride away that shows the sets of the movie. It was disappointing to learn that the “human” story –the boy who found Winter and along with the daughter of a marine scientist fought to save her—were Hollywood fiction.

The important message is that the Clearwater Marine Aquarium has rescued and rehabilitated hundreds of sea creatures—sea turtles, river otters and dolphins—and released them back into the wild.

Only those who no longer could survive in the wild remain here, like Bailey, the Green Sea Turtle who suffered spinal cord damage, and Hope, who was brought here as a two-month-old Dolphin after being found trying to nurse her dead mother, or Madame, a rare Kemp’s Ridley turtle who was born here as part of a captive breading program. These endangered sea turtles almost became extinct in the 1980s because of hunting and harvesting of their eggs in Mexico, the main hatching area. Today, Mexico has joined the US in helping to protect the turtles. 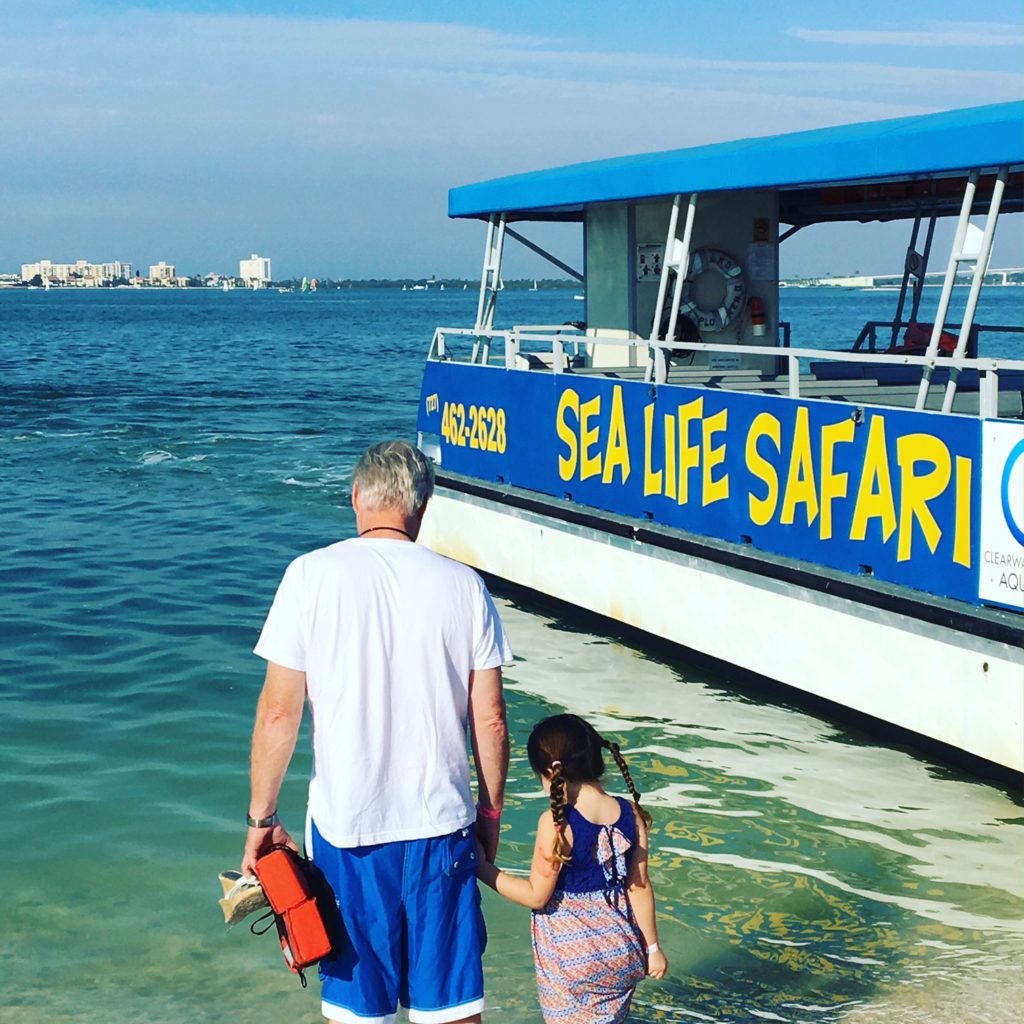 Visitors here can see an animal hospital, surgical suite, how food is prepared and take a variety of behind-the-scenes experiences (for an extra fee of course) like kayaking in Clearwater Bay or feeding Ricky, the African Great White Pelican who had a star turn in Dolphin’s Tale as Rufus and today serves as a kind of ambassador for sea birds.

“Winter’s story has brought a lot of people here,” says Kelsey Lindblom,17, one of the large corps of volunteers the Aquarium relies on.  “But there are so many cool animals here.”

On the SeaLife Safari that goes about three miles out into Clearwater Bay, with a stop at tiny Compass Key for the kids to gather shells, there are families from Nebraska and Washington DC, Ohio and Arizona. 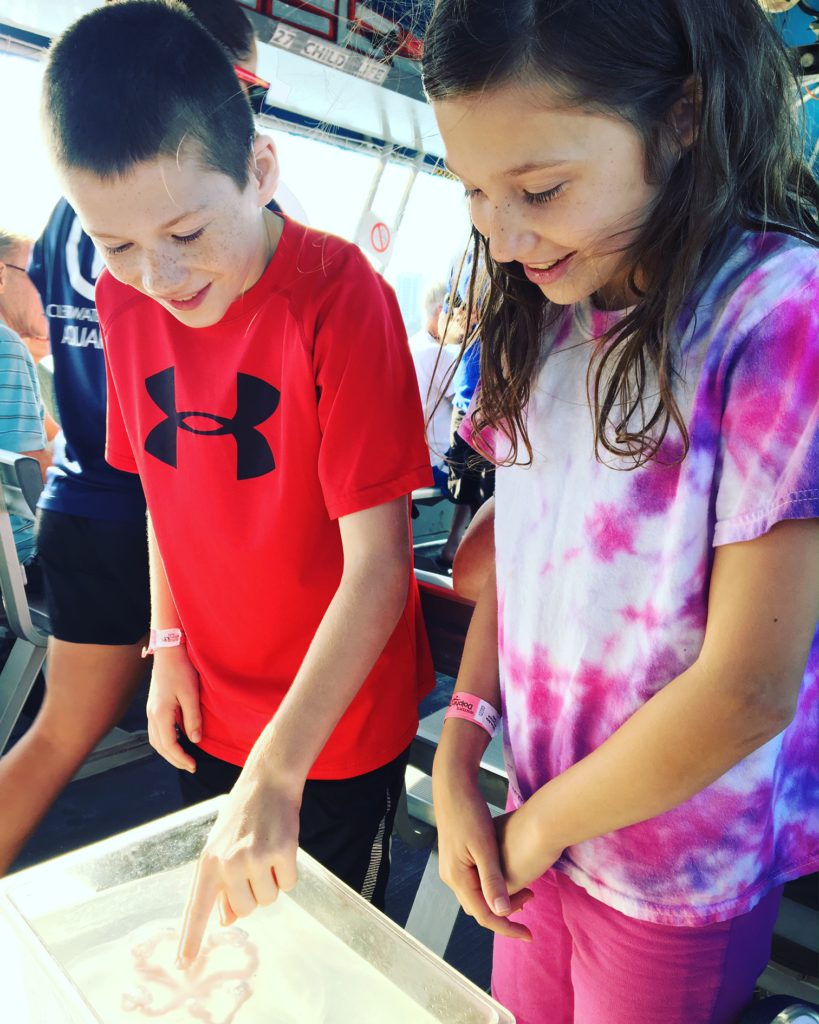 The kids touch jelly fish, the egg shale casing from a Lightening Whelk, and get to see up close a weird looking “shark sucker” Remora, Sand Perch and others that are brought around in tubs of water by the volunteers.

Ironically, we barely see Winter. And she’s not wearing her famous prosthesis—she only does for exercise and physical therapy, aquarium volunteers tell us. But families are enthralled with the antics of Cooper the River Otter who came as a baby in 2001, believed to have been partially paralyzed by getting hit by a car. He can move around, but not enough to survive in the wild.

Kids learn how small things they can do—picking up trash on the beach—can help protect sea life. Even filling in the holes they dig in the sand might help new sea turtle hatchlings make it to the ocean.

A good first day in Florida, Beata Jones smiles, thinking of all the memories she hopes to make with her three children, just as her parents did with her and her siblings.  “A lot different than when I was a kid,” she said, but in a good way.

We end the day at the popular Palm Pavilion on Clearwater Beach overlooking the bay that has been in business for 90 years. People come for the live music, the cocktails and seafood—fried grouper cheeks, shrimp tacos, coconut shrimp, snow crab…as well as an assortment of burgers, ribs and chicken.

For desert, there’s what else—key lime pie and the restaurant’s famous DoNachos–donut holes, chocolate, caramel and vanilla sauces all drizzled with brown sugar.

Another donut hole anyone?