Get beyond the neighborhood for Halloween tricks and treats 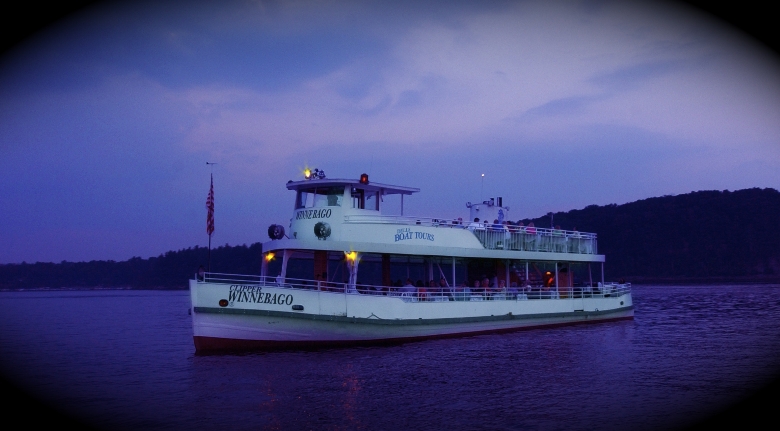 Got your broom and witch’s hat ready?

If you’re thinking Halloween is weeks away, think again. These days, Halloween lasts the entire month of October! There are frightful — and not so frightful — theme park extravaganzas, boo at the zoos (ready to go pumpkin bowling at the Indianapolis Zoo?) costume parades and haunted tours of everything from hearses (in Montgomery, Ala.,) to boats (the Wisconsin Dells) to trains (Tweetsie Railroad in North Carolina’s Blue Ridge Mountains), even haunted hayrides (in Ojai, Calif.) and Haunted Fall Fests (in Virginia Beach, Va.).

Many historic attractions, like the Eastern State Penitentiary in Philadelphia and Washington Irving’s Sleepy Hollow in Upstate New York, also strut their stuff Halloween season and your admission goes toward their preservation.

Get up close and personal with ghosts in Wales. (How about staying in haunted Gwydir Castle where a young woman is said to prowl the North Wing?

There are, of course, plenty of ghosts closer to home. The Historic Hotels of America says there are more than 110 historic hotels that are haunted by friendly ghosts. (Book a stay through the end of the year and get a complimentary family membership to the National Trust for Historic Preservation, which enables you to save as much as half off the best rates at participating hotels.)

Maybe monsters are more your speed. You’ll meet plenty aboard the Queen Mary anchored in Long Beach, Calif., during the Dark Harbor event that goes on for 15 nights throughout October.

Skip the costumes this year. Bring the kids to Washington, D.C., on Oct. 20 and they can learn how to change their entire identities at a special Secrets of Disguise Workshop at the International Spy Museum.

Join the month-long Haunted Happenings Festival in Salem, Mass., home to the Salem witch trials of 1692 and teach the kids about a sad chapter in early-American history.

If you need inspiration, check out our Halloween Happenings Across the USA.

In fact, according to the Haunted Attraction Association, there are some 2,500 haunted attractions around the world that entertain millions — and employ thousands. So many, in fact, that the $300 million industry has its own association, which boasts that “haunt season” now begins in September and ends in November.

There are plenty for little ghosts and goblins too:

— Bring a flashlight to Creatures of the Night at ZooAmerica in Hershey, Pa., and explore the nocturnal habits of more than 200 North American animals.

— Throughout the month of October, Mote Marine Aquarium Sarasota, Fla., invites kids to wear their costumes on weekends for free admission.

— In Orlando, you have your pick of Legoland Florida’s Brick-or-Treat (build your own LEGO pumpkin or help the LEGO monster fighters capture those haunting the cities of Miniland USA, Sea World’s Halloween Spooktacular with its special Halloween sea lion and otter show and where kids can show off their costumes while dancing with life-sized, but not-too-scary, sea creatures and Walt Disney World’s Not So Scary Halloween Party.

— San Diego invites kids to eat, stay and play free the entire month of October, including at major attractions. There’s SeaWorld San Diego’s Spooktacular and Legoland’s Brick-or-Treat in nearby Carlsbad, as well as Pumpkins at the Park at the famous San Diego Zoo Wild Animal Park  (Learn about animals of the past at the Extinct Animal Graveyard and be on the lookout for spooky animal encounters!)

— At Disneyland (www.disneyland.com), cozy up to your favorite villains, get made over as a pirate or check out the new Halloween Carnival at the Big Thuner Ranch Jamboree while Main Street U.S.A. is transformed into a pumpkin festival with more than 300 holiday gourds on display. (Check out Mickey’s Halloween Party, which requires an extra ticket, with all of the Disney characters dressed in their Halloween finest.)

Maybe this is the year to experience Halloween away from home. Hotels have discovered Halloween big time. If you are thinking of heading to Orlando for some Halloween fun, Rosen Hotels’ Halloween Happenings Packages is just $69.99 a night.

You can learn to carve a pumpkin like a pro at The Ritz-Carlton Lodge, Reynolds Plantation in Greensboro, Ga., or spend a relaxed Halloween weekend at the Grove Park Inn in Asheville, N.C., where the kids’ club will be packed with Halloween fun and games and there will be a rock ‘n’ roll sing-along party for grown-ups. Watch out for the Pink Lady Ghost!

Spooky mini-golf, anyone? Now, if only I could remember where I left my broom…