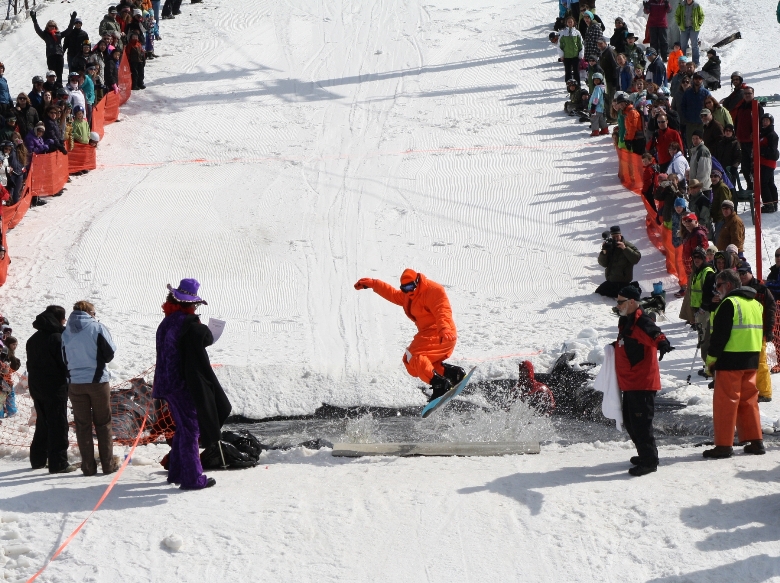 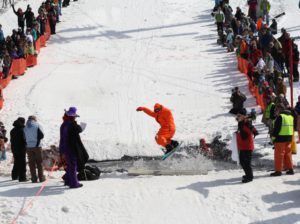 No one in Isaiah Nieves’ inner city neighborhood snowboards.  He  had never put on snowboarding gear and wasn’t sure how to lace up the boots.

But that didn’t dim the high school freshman’s enthusiasm for the new sport. “ It was so exciting and fun,” he said after his first weekend of lessons at Bolton Valley Resort in Vermont.  “Being on those slopes made me feel alive,” he said.

That’s the idea, of course. But that Isaiah and five of his classmates—all from the inner city–even had the opportunity to experience a snowsport took a lot of teamwork.

It’s no secret that the snowsports industry wants to encourage more minorities to hit the slopes. But that’s not easy with lift tickets costing over $90 at many places, not to mention all the gear that’s needed.  (Even long underwear and the right socks can be expensive.)

That’s where this wonderful partnership that got Isaiah and his housemates to Bolton Valley came in. The boys—all identified as having potential for academic success in middle school –live in a group house in Westport, CT and attend Staples High School under the Auspices of A Better Chance   that sends inner city boys and girls to prep schools and suburban communities like ours around the country.

The Chill Foundation ,  was started by Burton founders and Vermonters Donner and Jake Carpenter here at Bolton Valley to get at risk kids out on the slopes—kids who live near the mountains but may never have seen them—and to use snowboarding to enforce positive life lessons.

These kids have been referred by local agencies, are bused to a mountain near where they live, outfitted from head to toe and taught to snowboard which becomes the vehicle to help them find success and ultimately build self esteem.

Since starting at Bolton Valley—the resort has a strong commitment to giving back to its community—and  thanks to partnerships with ski resorts and private donations, the program has reached thousands of kids in a dozen North American cities and those as far away as Australia and Austria—some 1300 each ski season participate in the six-week program learning the rewards of perseverance, respect , responsibility for others and for their equipment, courage, and in the end, pride at what they have accomplished.

Those are lessons we could all learn, of course, and vacation is a good time to reinforce them.   For many families, all it would take is a camping trip, a visit to another country to experience a different culture or to the ski slopes to get out of their comfort zone.

Our ABC boys, though, don’t often have the opportunity for such experiences.  That’s why we’re so fortunate that  for the past three years, Chill has graciously provided gear for our boys—everything from waterproof jackets and pants, gloves and helmets–while Bolton Valley donates rental equipment, lessons, rooms and even coupons for breakfast and lunch. Board members, including me and my husband, donated the weekend to drive and chaperone the boys.  SmartWool  sent long underwear and snowboarding socks this season and a popular local restaurant, The Reservoir  in Waterbury, VT covered the boys’ dinner, which they loved.

“I enjoyed the food and the resort itself,” said Luis Cruz, the other freshman I n the group. “I enjoyed learning for the first time and then jumping into the hot tub.”

“Everything was tranquil and calm, and it felt particularly comforting,” added Isiah. “Perhaps it was because everyone was there for one central purpose: to enjoy themselves and to have a pleasant time.”

Even those like senior Stephan  Patterson who prefers the beach to the snow was glad he came, though he conceded, “The sauna was my favorite part.”

“The instructors were young and really cool,” added  Ruben Guardado, a sophomore, who would like to try skiing next season.  Another plus to a weekend away, he said, “Was not worrying about anything . That was so nice..a real  treat.”

( For those of you who want  such a stress-free  getaway, Bolton has some amazing spring deals With their western facing slopes and Vermont’s most extensive night skiing and riding, spring skiing at Bolton Valley provide for skiing and riding in direct sunlight all the way through sunset—complete with views of  Lake Champlain and the Adirondacks.

In addition to regular night skiing hours Wednesdays through Saturdays,  they are now running lifts until 5pm Sundays through Tuesdays starting on March 12th with afternoon lift tickets just $19.

On March 24, is the biggest spring event as skiers and riders assemble on the slope right in front of the Base Lodge to try their luck at crossing the man-made pond–fueled only by gravity, technique, and the desire to stay dry.

Ready to try?  You’ve got less than a month to get on the slopes in Vermont, Utah, Colorado  and California, with even the poshest resorts from Lake Tahoe to Park City to Vail and Aspen to Stowe offering terrific deals when the sun shines and the weather is warmer.  I’m meeting my older daughter and her college roommate in Park City, in fact.

It’s never too late. One of our middle-aged chaperones, who hadn’t skied in eight years and never off the easiest terrain, got out of his comfort zone and took a ski lesson.

The boys were impressed.  But more important, so was he.