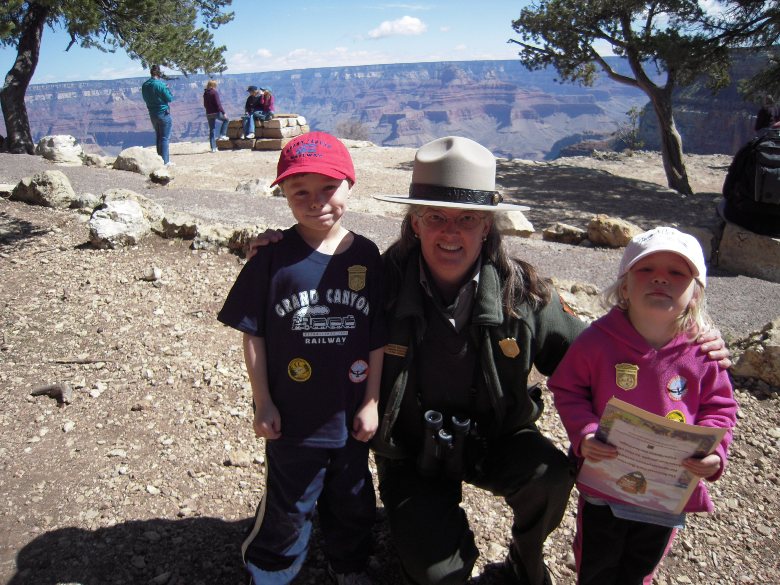 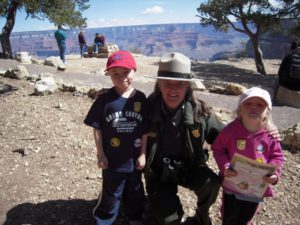 Junior Rangers at the Grand Canyon

With the First Lady’s help, the National Park Service is kicking off a Let’s Move Outside  Junior Ranger Program in 20 national parks—all part of Michelle Obama’s nationwide campaign to end childhood obesity.

Kids—and their parents—might hike with a ranger at Grand Canyon National Park (as we did). Read my column about becoming a Junior ranger).  Programs include body surfing at Canaveral National Seashore and canoeing at Mississippi National River and Recreation Area. Throughout the summer, Let’s Move Outside programs will be held in conjunction with schools, community groups and other partners and by summer’s end, 50 national parks will over Let’s Move Outside Junior Ranger. www.letsmove.gov/outside  will tell you what’s going on where and how to best plan an active visit.

The thing about National Parks (www.nps.gov)-–and don’t just limit yourself to the most famous and most visited–is that they are wonderful outdoor theme parks with as much to mesmerize the kids as the latest roller coaster.  You might even get your tweens and teens to talk to you since cell service might be spotty and they might not be able to text all day. The trick is to linger and enjoy what the park has to offer rather than racing from park to park. Go for a  hike in the Grand Canyon instead of just peering off the rim. See more of Yellowstone than Old Faithful.  Did I mention how inexpensive the parks are too?

And there’s no better way to get the kids involved than the Junior Ranger program.  Ours poured over their activity books at dinner, in fact.  You’ll probably learn a few things yourself about the park—the history, the animals, the flora and fauna.  Here’s a chance to let the kids lead the way.  The idea, of course, is to instill not only a passion for the outdoors but help kids to understand why it is important to preserve our natural resources—no more important message this summer as we watch the havoc oil is wreaking along the Gulf Coast.