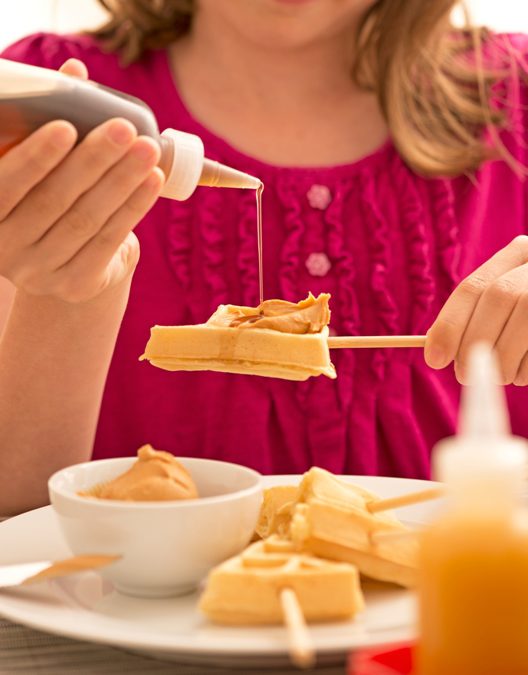 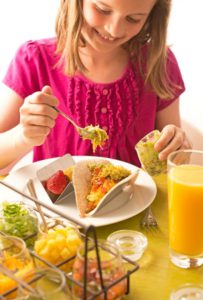 Hyatt Top Your Own Taco for Kids

And that’s just from the kids’ menu—at Hyatt Hotels which has just launched a “For Kids, By Kids Family Cook-Off recipe contest.  The contest commemorates the second year of Hyatt’s For Kids, By Kids initiative with new enhancements that provide healthy, interesting food choices for kids developed with the help of 12-year-old Chef Haile Thomas, who has cooked for First Lady Michelle Obama.

To that end, Hyatt is inviting families to create and share a healthy breakfast recipe, along with a photo via Facebook for a chance to win a vacation at a Hyatt resort and a spot on Hyatt’s For Kids, By Kids Menu. (To enter the Hyatt contest, adults must submit photos of homemade breakfast dishes to the Hyatt Facebook page by July 31. Upon completion of the entry period, a panel of judges will announce five finalists on August 2. From August 5-August 26, the Hyatt Facebook community will have the opportunity to help pick the winning dish amongst the five finalists.) 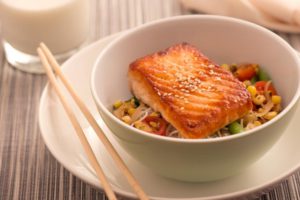 Salmon Teriyaki for Kids by Hyatt

At the same time JW Marriott Hotels & Resorts has partnered with nutritionist and author Keri Glassman to create a new JW Kids Menu. (As starters, think fresh-cut cucumber and carrot sticks with a low-fat yogurt ranch dip or cheese cubes and grapes.)

I like the “This, That & the Other” section that is designed to help kids make their own healthy choices, mixing and matching from the menu, with kids helped by games and activities that teach nutrition lessons.  “Travel presents opportunities to try new things and even lets kids bring new food favorites or habits home with them,” Keri Glassman said at the launch. “The new JW Kids Menu helps kids accomplish just that.”

So does the Hyatt menu with its “flavor journey” (Match the foods like apples, potatoes and peaches with where they’re from)  with plenty more games online at www.hyattflavorjourney.com  There is even A QR code that can be scanned so kids can play at the table.

It’s terrific to see a travel industry contest that actually focuses on something families care about—healthier and better children’s menus–rather than giving them another toy or backpack they don’t need or want. At our recent TMS Family Travel Summit in Orlando, attendees cited the need for healthier kids eats as a major concern.

In the past year, a growing number of hotel chains  have revamped their kids’ menus to make them healthier with less fat and sugar as well as prepared with locally sourced foods. Fairmont has launched a Fairmont-wide initiative to improve and upgrade kids’ menus with fresher, local ingredients designed to encourage kids to try foods from British Columbia, Mexico or San Francisco where the menu includes recipes with honey from the hotel’s rooftop bee hives. 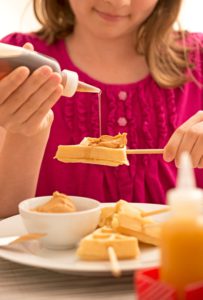 The trend is evident at ski resorts too. Keystone in Colorado, a Vail Resort, for example, has initiated the National Restaurant Association’s Kids Live Well Initiative designed to get kids to eat more fruits and veggies, whole grains while limiting fat, sugar and sodium. At Keystone’s Mountain House base lodge that means a chicken taco or teriyaki chicken noodle bowl at the Ripperoo Kids Station (designed so kids can reach to order themselves).

For lunch at Hyatt Hotels, kids can “build their own whole wheat sub sandwich” or “top their own” breakfast taco.  They can order scrambled eggs and chicken sausage with a fruit skewer or an organic turkey burger with house made ketchup for lunch.

“Kids are 100 per cent more sophisticated eaters, observes Kenneth Juran, the executive chef at the Hyatt Regency Grand Cypress in Orlando which welcomes many junior foodies.

“There are a lot less requests for chicken fingers and fries,” he said, adding that these days, kids consider being in touch with food and what they are eating is “cool…like being part of the in crowd.”

At the hotel’s family-friendly Cascades restaurant, he noted, kids might try the Asian noodle station at the breakfast buffet, or opt for celebrated chef and founder of the Edible Schoolyard Project Alice Waters three-course kids menu for dinner starting when we visited with a hearts of romaine salad with apples, Parmesan and lemon vinaigrette, a grilled chicken breast with carrots and potatoes with Green Aioli and strawberry and Orange Slices for desert.  Kids love the pots of herbs brought to the table that they can snip themselves for their plates.

Even in Orlando, where many people think—wrongly—there are few choices beyond fast food, kids increasingly can eat well—and healthy—wherever they are:

·         At the Hilton Orlando Executive Chef Louis Martorano takes great pains to use locally sourced food for the adult as well as the kids’ menus.

·         At DisneyWorld’s new Be Our Guest Restaurant in the Magic Kingdom, the kids’ menu features Mickey Check Meals that are lower in fat—grilled fish with whole grain rice pilaf, turkey meatloaf—shaped like mouse ears, of course with broccoli and orange dipping sauce,

·         Order a kid’s meal at any Disney park and you get apples instead of fries (unless you ask for fries) and low-fat milk rather than sugary soda. Now Disney is enhancing these efforts by further reducing sodium in kids’ meals and introducing new well-balanced kids’ breakfast meals.

“Not only do kids have higher expectations for their food, but families are more sophisticated travelers these days, explains Edan Ballantine, director of Food and Beverage at the Grand New York Hyatt, which welcomes families from around the world to its midtown location. And for American Girl fans, the hotel has just initiated The American Girl Package including American Girl Bed, gift card for American Girl Place, milk and cookies for your daughter and her doll and discounted breakfast. Package rates start at $250, per room, per night, based on double occupancy

He noted that more families now pay a premium for access to the Grand Club Lounge where they help themselves to breakfast—everything from smoked salmon and bagels to cereal and egg dishes and afternoon snacks.  The club has just been renovated and expanded with an outdoor deck overlooking the heart of Midtown Manhattan because it is so popular.

The day I was there for breakfast, there were plenty of kids who made themselves completely at home amid the business crowd. They were in evidence in late afternoon too, when complimentary snacks—enough for dinner for some kids—are served.   The same was true at the club lounges at the Grand Cypress where there is a separate alcove where kids can watch cartoons and at the Loews Portofino Bay.

The important thing, said Hyatt’s Ballantine, is to give families more opportunities to heat healthier without sacrificing taste.  That might mean turkey meatballs with the pasta or crunchy baked “chicken pops” rather than fried chicken fingers.