Grandparents and Kids Take on the Big Apple with Elderhostel 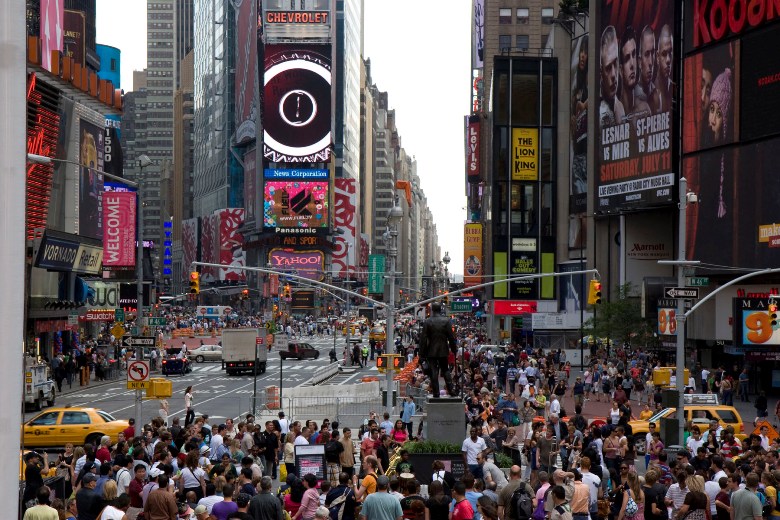 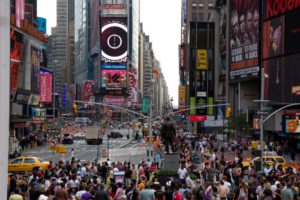 Robert Williams, 12, wasn’t worried about flying for the first time or visiting a big city. He was only concerned that his manners wouldn’t be up to his grandmother’s standards.

After all, she was treating him not only to his first flight and first trip to New York City (www.nycgo.com), but the theater-loving middle-schooler would get to participate in special workshops, meet the stars from “Mary Poppins,” see at least one Broadway production and check out the Statue of Liberty and some of New York’s other famous sites.

So was his grandmother, Kathryn Skinner, who is from Memphis, Tenn. “Of course, the economy gave me pause,” she said. “But this is something Robert will remember for the rest of his life. He’ll only be 12 once.”

Skinner, who is in her 70s, and Robert had joined a group of other similarly aged grandparents and grandchildren from around the country — 41 in all, including 17 kids between the ages of nine and 12, for a five-day “Broadway Adventure,” courtesy of ElderHostel (www.elderhostel.org).

Elderhostel, of course, is known for their affordable, educational programs for seniors. But what many don’t realize is that there are 200 different grandparent-grandchild programs with almost 400 departures (a handful includes three generations), which start at just $365 for four nights and draw 7,000 people annually — everything from a summer camp at an iconic Adirondacks resort on Lake George, N.Y., to a tour of Oxford, England, from the perspective of “Harry Potter” and “The Chronicles of Narnia,” to a rafting excursion out West.

This Broadway experience, first introduced last year, has been a hit from the start, said Molly Goodrich, who oversees the program and many others for Elderhostel in New York. Even better, the trip was a good deal, the grandparents said — less than $1,000 each, including activities, hotels, meals and tickets to a Broadway musical. “All you have to do is show up. Everything is planned,” said Peter Dillon, of Pittsford, N.Y., who was spending the week with his wife, Ann, and 10-year-old grandson, Spencer Kelly, who lives in Virginia.

The N.Y. adventure also included a Q&A session with Broadway stars Scarlett Strallen, Mary Poppins, dinner with Kelsey Fowler, who plays one of the Banks children in the production, interactive theater workshops with Broadway veterans and a tour of the historic New Amsterdam Theater, opened in 1903, where Mary Poppins is currently playing. This is not a trip families could replicate on their own.

“What’s the difference between a Broadway theater and an Off-Broadway theater? The tour guide Kimberly Tuttle asked the kids. They were stumped. But it turns out it’s the number of seats — anything over 499 constitutes a Broadway theater. The kids learned the fabulously renovated theater is even home to a ghost — a former Ziegfeld star who died under murky circumstances in Paris. “Not like any theater I’ve ever seen,” said an awed Robert Williams.

“I really liked the theater,” added 10-year-old Samantha Tiller of Richmond, Va. “I want to learn a bunch of stuff here because I want to be an actress.”

Many of the kids in our group are aspiring actors, singers and dancers who are veterans of local and school productions. They clearly enjoy the workshop learning the stagecraft behind the popular “A Spoonful of Sugar” number from “Mary Poppins,” taught to them by Lee Wilkins and Daniel Egan.

“For most of them, this is their first trip to New York and their first time to Broadway,” says Wilkins, a well-known director/choreographer. “This is so designed for the wonder in their eyes.” That’s why, he adds, the program is meant for kids nine to 12 — before teen angst sets in.

They even learn a couple of life lessons that performers practice every day, Egan adds, such as discipline, respect and focus, among others. The kids pepper Egan and Wilkins with questions about their experience (impressed that Egan performed with Clay Aiken on Broadway) and how they might audition for upcoming professional productions.

Grandparents, of course, are all smiles. And they’re not just watching either. They join the workshops and have their own adult-only writing for the musical theater class while the kids are busy practicing elsewhere. “This is educational for us as well as the kids,” says Mary Ann Hotchkiss, here with her husband and granddaughter Samantha Tiller.

Many in the group, like the Hotchkisses, are veterans of these intergenerational Elderhostel programs, seeking a way to connect with grandchildren who live far away.

“When we visit, we see her asleep or with her friends,” said Carol Marks, a retired NYC teacher, whose 12-year-old granddaughter Olivia lives in Durham, N.C. “This is our time to spend time with her.” And to make sure Olivia has fond memories, her grandmother takes lots of pictures and makes her a photo album of their adventure.

Olivia adds that while she loves spending time with her grandparents, these trips are more fun because there are so many kid-centric activities — and other kids her age. “You get a much different view of the city than if you were just traveling by yourself. And you don’t get bored,” she said. “I always make new friends.”

Grandparents find these trips far less stressful than if they were traveling with their entire family. “The dynamic is totally different,” said Ann Dillon, noting that she and her husband have made these trips a tradition — taking each grandchild when they turn 10. “As soon as the parents are there, the whining starts.”

But in the end, said Olivia’s grandmother, Carol Marks, the location isn’t really what matters, as long as the kids are happy. “It’s the chance to connect,” she said.