Greenwich, England, and the pluses of getting off the beaten track — a bit 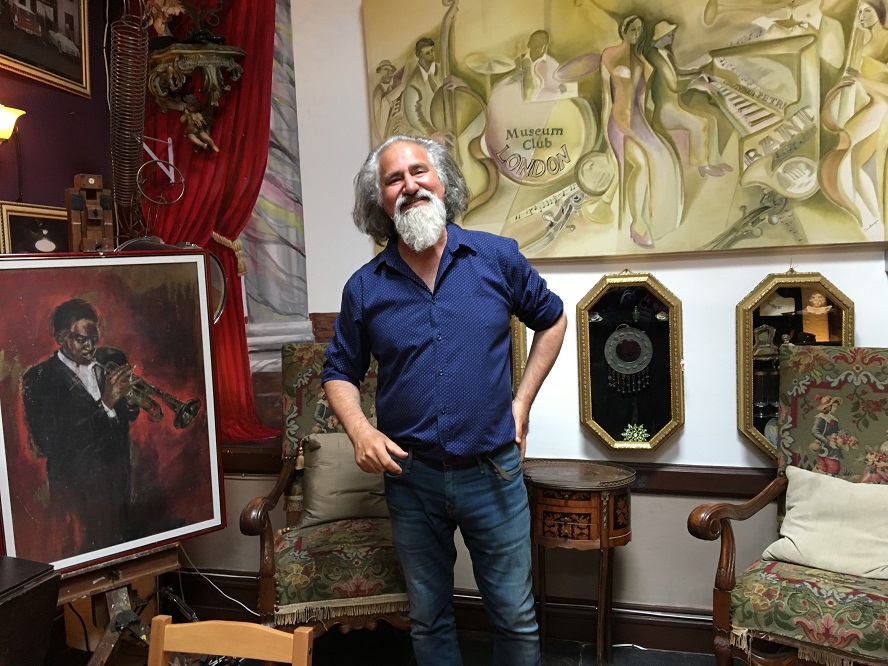 La Rosa at The Prince of Greenwich Pub with his collections

“Leave it all to me!” The pub owner declares as he takes away the menus.

Pietro La Rosa, with his flowing mane of gray hair, beard and lilting Italian accent, is not like any pub owner I’ve ever met nor is The Prince of Greenwich pub menu typical, not with homemade pasta and sauces, fresh fish, bruschetta and mozzarella salad, among other decidedly Italian offerings. The pub is also packed with Pietro’s and his wife Paola’s collection of photographs, artwork, books, posters and memorabilia, which they amassed in their travels around the world teaching Italian. No wonder locals love this place!

It was packed with customers on a Sunday afternoon, but not a tourist in sight, though it’s only a few blocks from Greenwich’s famous tourist sites, including the wonderful Greenwich Market, a thoroughly modern artisanal food and crafts market set within a World Heritage site and established in 1737.

“You will find lots of unique things here,” promises local resident Nika Garrett, a guide who, with her husband, chose to live here because it is such a great place to raise kids. She steered us to the pub, her favorite, she declared. Pietro greeted us all with hugs and kisses. We shopped for jewelry, scarves, unique T-shirts, baby clothes and all varieties of street food. (There was a long line for the churros and many were chowing down on traditional meat pies “and mash” at Goddards at Greenwich, a fixture here since 1890. There are veggie and chicken meat pies, as well as those filled with hot or jellied eel as were those back in the 18th century!)

These days many travelers want to get out of big cities and explore places that are less crowded and, hopefully, less likely to be terrorist targets. Greenwich can be just the bet, especially for a relaxing day not too far from London with a royal park that dates back to 1433. (TIP: The London Pass gets you discounted admission to Greenwich sites and front-of-the-line access, as it does at attractions all over London.

A new survey from Homeaway.com reports that despite terror attacks, Americans are heading to London in big numbers for the July 4th holiday. London HomeAway demand is up 102 percent increase from 2016 to 2017.

So much history! This is where Henry VIII lived and played. Think of it as a 16th-century Mar-a-Lago. Henry spent more nights here between 1512 and 1530 than at any of his other 50-some residences.

Just 20 minutes via public transportation outside of London, Greenwich is London’s fastest-growing destination (come via the MBNA Thames Clippers on the river, past the London Eye and Tower of London) with plenty of historic sites. In fact, there are five landmark attractions located within the Unesco World Heritage Site of historic Royal Greenwich. The Old Royal Naval College is where Henry VIII and his daughter Elizabeth I was born. (Get the Royal Museums Greenwich Kids’ Handbook with games, facts quizzes and stickers.) 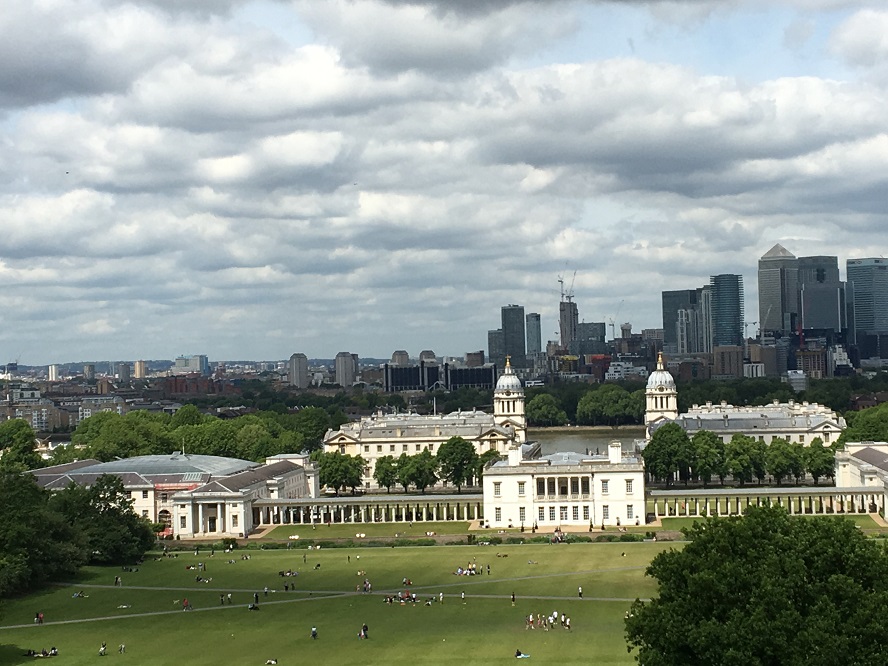 — Come aboard the Cutty Sark, the last of the tea clippers, which made record-breaking runs with tea cargos from the China seas and to almost every major port in the world. Learn about the great tea races to get that first shipment in the 19th century. Meet Cutty Sark characters like Nannie the Witch (find out how the ship got her name) and Captain Woodget, the Cutty Sark’s longest-serving master. If you have young kids, check out Toddler Time.

— Explore the free National Maritime Museum where you can stroll across the Great Map and check out the souvenirs sailors’ brought from overseas (awesome for kids) and check out an 18th-century limo — a gold barge used on the Thames. There are plenty of special family and kids’ activities, including character encounters that make maritime history real — even Sea King Neptune.

— Visit The Queen’s House, which was the first villa of its kind built in England in the 17th century. Designed by the famous architect Inigo Jones, it is now home to more than 450 works of art. Maybe a scavenger hunt? Tell the kids that during a hunt, Anne of Denmark accidently shot and killed one of her husband’s favorite hunting dogs. King James I yelled at her in public, but apologized later by giving her part of Greenwich where in 1616 she had the Queen’s House built. Sadly, she died three years later before it was finished.

— Take a selfie with one foot in each half of the globe at the Prime Meridian Line, which separates the world’s eastern and western hemispheres at the Royal Observatory where there’s also the Peter Harrison Planetarium and a Camera Obscura (an angled mirror at the top projects an image of the surrounding landscape inside the dark room). It’s in the Octagon Room at the top of the huge park with plenty of places to play. The Observatory was founded in 1675 to solve the problem of finding your longitude at sea and ever since Greenwich Mean Time has been the basis of all time zone systems. The view from here is among the most iconic in London and the park is a terrific place for a picnic.

Still, with all of these sites, the most memorable part of our day — of our entire two-week trip (read my trip diaries on Taking the Kids.com) was our visit to The Prince of Greenwich and meeting the La Rosas, who explained they landed in Greenwich when their three daughters chose the family’s next move — London.

“Life is full of surprises,” said Paola La Rosa. Everywhere in the world, she explained, people want to gather to eat and be happy. “Our place is here giving people that place to meet friends.”

And make new ones.