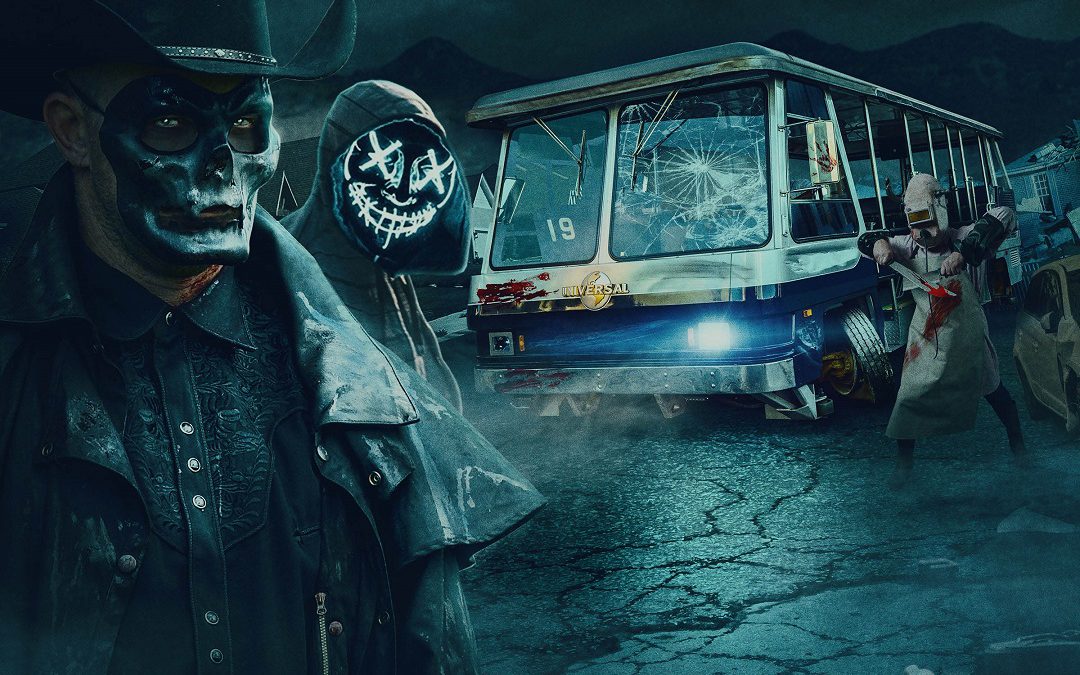 Got your costumes ready?

Halloween is more than a month away but theme parks, zoos, resorts, haunted houses — and hotels — are already welcoming your little (and big) ghosts, ghouls and princesses.

Yes, there are COVID-19 protocols — think reduced capacity and masks (an especially good idea with the Delta variant surging). You will also need to book reservations in advance.

But the good news is that organizers promise these popular events are back and better than ever, and you should be able to visit safely, if being scared out of your mind is your idea of Halloween fun.

The popular Terror Tram, featuring “The Ultimate Purge” and scary “Halloween4” is back at Universal Studios Hollywood. If you can’t get in all the scares in one night, get a multiple night ticket!

If you’re brave enough, book into a haunted hotel like the Stanley Hotel in Estes Park, Colorado, that became famous after Stephen King set his novel “The Shining” (and the subsequent movie) there.

The historic Jekyll Island Club Resort in Georgia offers Macabre Tales tours all October – many believe the hotel is haunted by long ago guests and workers.

There are also plenty of not-so-scary options for the youngest in your gang. (our new Taking the Kids Guide to Fall Getaways has lots of options).

For those with younger kids (and indoor water park aficionados) Howl-O-Ween is back all October at Great Wolf Lodges around the country.

Some events are an annual tradition — like San Antonio’s Day of the Dead/El Dia de los Muertos the largest celebration of the dead anywhere outside of Mexico. Events last all of October and take place across the city. Translated literally as “Day of the Dead,” this Mexican cultural tradition is a celebration in which family welcomes back departed loved ones, sharing the joys of life with them.

Orlando certainly is geared up. And fall typically offers some of the best hotel deals of the year. Besides the theme parks, there are Halloween events at museums (October is Spooky Science Month at Orlando Science Center), monsterific crafts at Crayola Experience, a year-round Halloween bar (Cocktails & Screams features scenes from Dr. Frankenstein’s lab, with themed cocktails to match). Even gators get into the act with Gators, Ghosts and Goblins at the popular Gatorland.

On the West Coast, Plaza de la Familia Plaza de la Familia at Disney California Adventure Park celebrates the spirit of Día de los Muertos through Nov. 2, plus decor and entertainment inspired by Disney and Pixar’s “Coco.” There’s also Oogie Boogie Bash, transformed Halloween-themed attractions, Haunted Mansion Holiday and Guardians of the Galaxy, sightings of favorite Disney villains, and every night until Oct. 31, in Walt Disney’s original park, guests will enjoy “Halloween Screams,” a supernatural projection and special effects show. No wonder a visit this season is a tradition for many Californians.

The largest Halloween event in Southern California, meanwhile, is at Knott’s Berry Farm amusement park which transforms itself into a haunted attraction for the season “where nightmares never end,” complete with 1,000 horrifying creatures. (There is a not-so-scary Knott’s Spooky Farm daytime event for the under-12 crowd with trick-or-treating and costume contest weekends.)

Halloween Horror Nights at Universal Orlando Resort, which started before Labor Day, is celebrating its 30th year with even more terrifying Scare Zones and haunted houses. “Beetlejuice” returns as the supernatural star of a haunted house based on Tim Burton’s Academy Award-winning film. There are new mazes inspired by Netflix’s “The Haunting of Hill House,” among other attractions. Don’t bring kids who you don’t think can handle the frights. I was scared out of my mind the year I visited.

Despite the pandemic, there are new events. For the first time in Orlando, Howl-O-Scream, popular at Bush Gardens Tampa Bay and Williamsburg, promises plenty of scary thrills, rides, a live show and even an interactive bar. (SeaWorld Spooktacular invites younger kids to come in costume during the weekend days.)

Walt Disney World has got an all-new Halloween-themed event too, including on select nights Disney After Hours Boo Bash. This one started in August and lasts through Halloween with special performances by the Cadaver Dans, treat stops at trick-or-treat stations around the park, Halloween décor and more.

Boo at the Zoo events are everywhere from the Denver Zoo and the Cheyenne Mountain Zoo in Colorado Springs to the San Diego Zoo, Philadelphia Zoo, San Antonio Zoo, Little Rock Zoo, the Lincoln Park Zoo in Chicago, the Roger Williams Zoo in Providence, Rhode Island, and the North Carolina Zoo in Asheboro, N.C., among others. Search for a zoo or aquarium near you with the Association of Zoos and Aquariums website. Like museums and theme parks, book your reservations in advance as all are operating at reduced capacity.

Stay socially distanced outdoors at botanical gardens touting amazing displays of pumpkins and gourds. The Chicago Botanic Garden features more than 1,000 lighted Jack O’Lanterns, for example, while autumn at the Dallas Arboretum has a bona-fide Pumpkin Village with four 20-foot-tall decorated pumpkin houses and displays made from more than 90,000 pumpkins, gourds and squash. There are also bugged-out pumpkin houses and gourds transformed into art.

Whatever you do and wherever you go, be especially careful, particularly if taking unvaccinated kids. Remind your vaccinated teens heading to horror fests to mask up too — under the Halloween masks. Being fully vaccinated, the experts remind us, is no guarantee that we won’t get sick, though we shouldn’t get sick enough to land in a hospital.