Hoteliers like Kimpton take the stress out of family travel 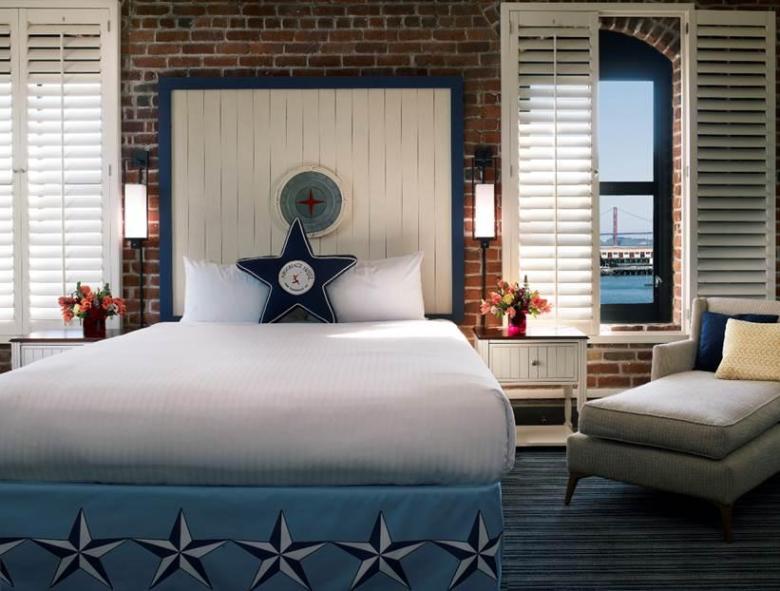 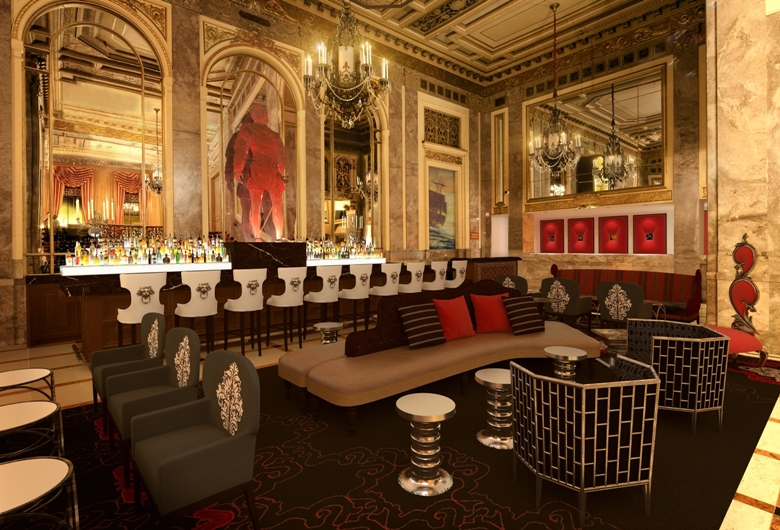 Not the usual no-hot-water; we have no cold water in our room at Kimpton’s Sir Francis Drake in San Francisco’s Union Square.

I was impressed that an engineer was rapidly dispatched; I was more impressed that he offered us a free breakfast on the spot “for the inconvenience.”  I wouldn’t have asked for anything—the problem was rectified quickly—but it was a nice touch.

Kimpton hotels, with more than 50 boutique properties (and restaurants) in cities around the country, are headquartered in San Francisco.  They are known for “fun stuff” –a hosted evening wine hour, being pet friendly and Kimpton Kids. (What kid wouldn’t want to wrap themselves up in an animal-print robe during their stay?  Play with a hula hoop in the fitness center? )

I like that the company which likes to say it offers one-of-a-kind experiences  (Think a fresh juice menu you can buy at Kimpton restaurants including one that is a Local Only “cocktail of local farm produce.”

Kids—and parents–will like that every Kimpton hotel is different.  Here’s what one writer said about a stay in their Hotel Monaco in Alexandria, VA.  There’s Kids Hour every Saturday at the Hotel Monaco Philadelphia with mix-your-own trail mix, assortment of board games and kid-friendly drinks while parents enjoy a glass of wine; The Hotel Rouge in Washington, DC has a “Mini mini bar” for kids in their bunk bed rooms with complimentary healthy snacks as well as board games and an Xbox360 and games while the Hotel Monaco Alexandria  has a Dive In Movie Night on Saturdays.

None of these amenities cost the hotel much but they certainly will make a stay memorable—and less stressful—for families.

Room at the Argonaut San Francisco

The Argonaut on San Francisco’s Fisherman’s Wharf has a Neptune’s Adventure package for families the include breakfast, cable car passes, admission to the historic Hyde Street Pier and more. Check out the views of the Golden Gate Bridge! Our front desk design inspired by a vintage steamer trunk. The exposed brick walls and rough-hewn wooden plank floors  evoke the history of the century-old Haslett Building.

San Francisco, of course, is famous for boutique hotels and increasingly, they are catering to families.  The Hotel Diva and the century-old Hotel Union Square, for example, tout kids’ suites.

We opted for Union Square and “”The Drake,” as the Sir Francis Drake is known, with cable cars going by the front door and doormen dressed as Beefeaters.

A little history: Although the city boasted a number of luxury hotels, the Sir Francis Drake Hotel was a sleek state-of-the-art marvel reflecting the dynamic spirit of a new  city emerging from the devastating 1906 earthquake.  It was built for $5 million by Midwestern hotel developers  with amenities like an indoor golf course, ice water on tap, and radios in every guest room. The window panes were made of Vitaglass, so-called because it let even the healthful ultra-violet rays into each room, making it possible to tan without going outside. Another feature was the Servidor, a handy panel in the guest room doors, which allowed staff to discreetly deliver dry cleaning or other items without disturbing guests. (This may have come in handy during Prohibition.) During  World War 2, blocks of rooms were taken over by the U.S. military and the hotel was the scene of many farewells and reunions.   The Starlight Room atop the hotel is famous for its views and nightlife.

I thought  our room was very small—it reminded me of Paris hotel rooms– but loved the  friendly staff and opulent lobby—the kind of place that would make kids go wide-eyed with ornate ceilings, chandeliers but comfortable enough for them to sprawl on the couches.