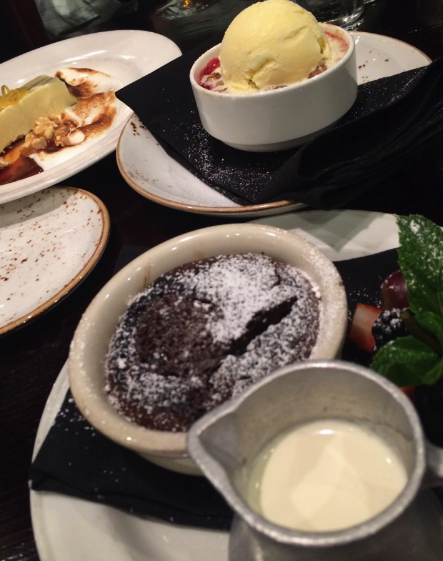 It is Friday night after all in Seattle. But what’s interesting is the Sazerac with its distinctive chandeliers and hip-but-casual vibe and food best described as modern South meets Northwest is in Kimpton’s Monaco Hotel.

Hotels, especially boutique hotels like Kimpton, increasingly are hosting restaurants where the focus is on local food and that attract as many locals as hotel guests.

Kimpton’s sister property in Seattle, the Palladian, opened just this year, offers Shaker and Spear seafood restaurant which is also known for its local foods—local albacore, local salmon, halibut, heirloom beans, local oysters, steamed clams and where we also had a first-rate meal which we especially appreciated after a long cross-country flight and afternoon meetings. 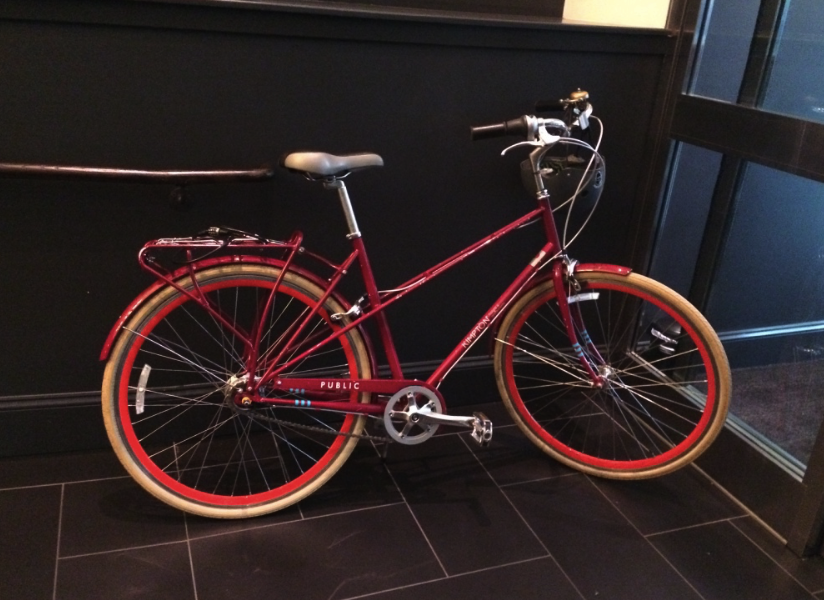 Bikes for borrowing at Kimpton Hotels

The 97-room Palladian—teens would love this place—has a basement that once housed a speakeasy. The lobby–adorned with whimsical portraits of leading Seattleites like Bill Gates, Jimmy Hendrix and Dave Matthews in historic Naval uniforms—is exposed brick and reclaimed wood. The bedrooms are very comfortable. I loved the location—walking distance to Seattle’s top sites like Pike Place Market. Another Kimpton signature—bikes and helmets you can borrow. (A tip: If you plan to check out many of Seattle’s top attractions like the Space Needle, the Seattle Aquarium, Chihuly Garden and Glass, Pacific Science Center and more, get a Seattle CityPass. You’ll save significantly on admission and can avoid lines.)

Miss your pet? Kimpton’s signature “Guppy Love” program startee at the Monaco Hotel  and sure enough in the Seattle Monaco, there is a front-desk gold fish reminding guests they can certainly borrow one.

The Kimpton Monaco was originally built in 1972 as a switching center for Pacific Northwest Bell, and it too is a great location a block from the Light Rail that you can take all the way to the airport for a few dollars and walking distance to many sites.

Bill Kimpton is credited with introducing the boutique hotel concept to Americans in 1981 and the hotels have always been known for fun touches like the goldfish, yoga mats in rooms, coffee in the morning, and wine hour in the afternoon and award-winning restaurants and bars led by local chefs. Earlier this year, Kimpton became part of the InterContinental Hotels Group. 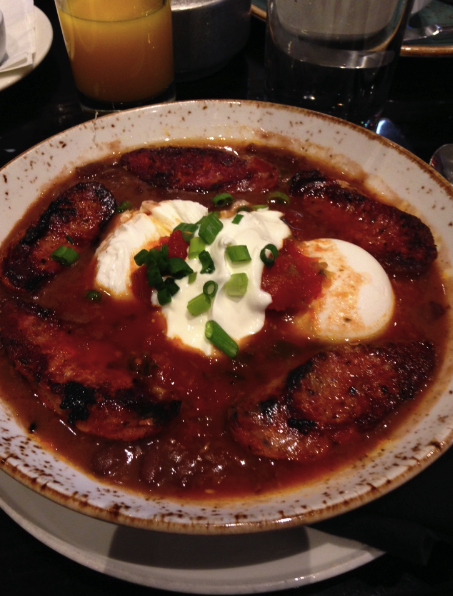 Eggs in hell at Sazerac

I loved our dinner at Sazerac where we had our choice of brick oven pizza, shrimp gumbo or burgers and steaks. At breakfast my husband enjoyed a cajun-like dish of eggs and red beans and creole sauce called “Eggs in Hell.”

We opted for local oysters followed by a plate of hams and local cheeses, crispy catfish, and pork cheeks with grits and pickled apple cabbage.

But the best part was feeling part of the local scene—for an evening at least.