How families can celebrate Halloween all October long 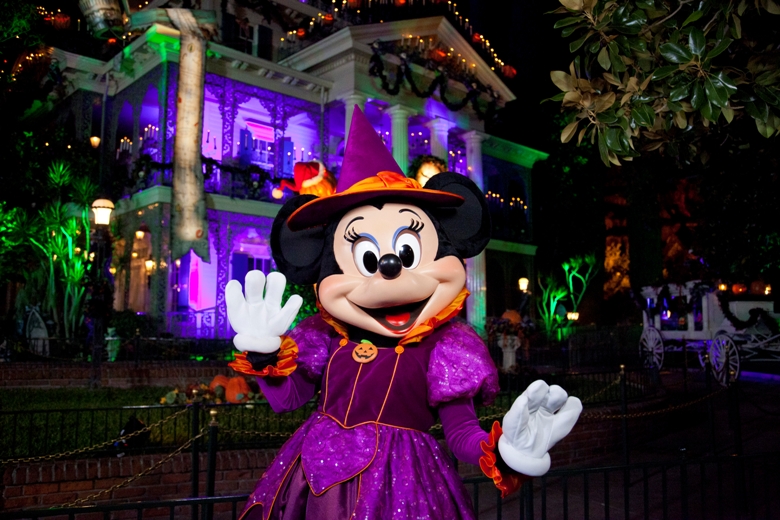 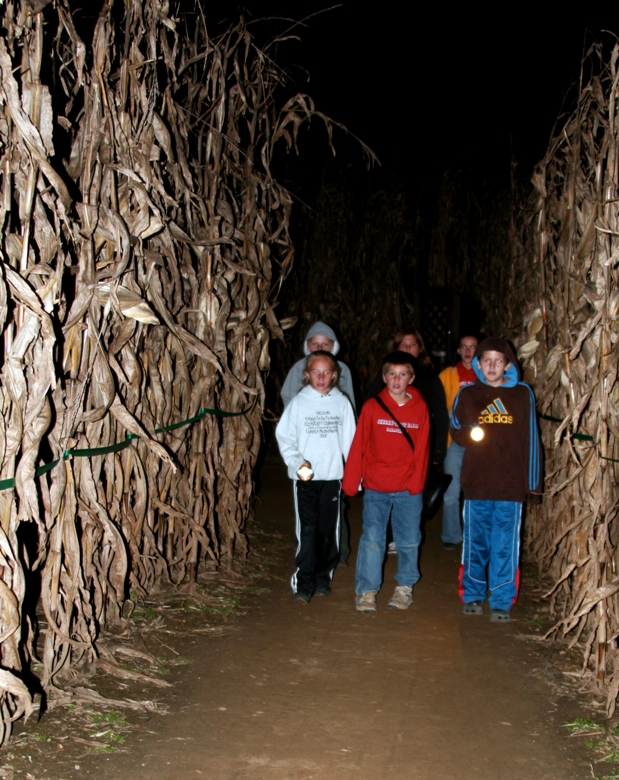 Love it, or hate it?

The good news is that you aren’t limited to one crazy day of last-minute costume fixes (weren’t you sure you bought that witch wig?) and runs to the market for more candy. (How many more trick-or-treaters can possibly ring your bell?) Just be prepared for a month of kids begging to head to a pumpkin patch, corn maze, theme park, zoo or museum for Halloween fun and games — they even may dream about wizard school at the five-star Ashford Castle in Ireland. Before it’s over, you’ll want to escape for a night — maybe to a haunted hotel? All you can do is join the fun — with all the spirits who come out to play.

Corn mazes are entirely different when navigated by flashlight, like at the Cherry Crest Adventure Farm in Lancaster County, Pennsylvania, where you can, of course, pick your own pumpkin.

How about a haunted hiking trail this year? Jellystone Park Camp-Resorts across the country now offer Halloween-themed weekends complete with Monster Mash dances, campsite decorating and costume contests, as well as trick-or-treating during the weekends leading up to Halloween.

Your littlest witches and wizards have got more opportunities than ever to show off their costumes. (Check out the Taking the Kids Great Fall Getaways section for ideas.) The Jack-O-Lantern Spectacular at Roger Williams Park Zoo in Providence, Rhode Island, draws thousands to see its 5,000 illuminated jack-o-lanterns, with more than 125 displayed in special scenes. Meet creepy creatures, hear spooky stories and even go on a hayride at the Bronx Zoo’s Boo at the Zoo weekends in October, while the Audubon Nature Institute in New Orleans even has a ghost train and a not-so-scary haunted house and special Crawloween days. Let’s not forget all the creepy creatures in the zoo’s Insectarium! Ready to enter the “Guess How Many Maggots are in the Jar” contest?

If you’re looking for some quality time with your teen or tween, try a ghost tour or increasingly popular haunted attraction. According to the National Retail Federation, one in five of us plan on visiting one this fall. We took a popular vampire tour recently in New Orleans, a town famous for its ghosts, when we took a group of high school boys to Gettysburg, Pennsylvania, the ghost tour, which featured the soldier who accidentally shot a young girl in a house during the Battle of Gettysburg, was the highlight of the weekend. Maybe your teen will hang closer than she has in months on the Banjo Billy’s Ghost Tour in Boulder, Colorado, or the popular Terror Behind the Walls at the once-abandoned Eastern State Penitentiary in Philadelphia. With 200 performers scaring thrill-seekers, it’s considered one of the top haunted houses in the country.

Take to the water — on a Haunted Ghost Boat in the Wisconsin Dells where a witch reigns, or step aboard the Queen Mary in Long Beach, California.

— Howl-O-Scream at three Busch Gardens theme parks — Tampa Bay, Williamsburg and SeaWorld San Antonio. The parks turn into the ultimate scare adult zone with 13 evil monsters out to ruin your night. More haunted houses, the Pain Lane, Cut Throat Cove, and other psychotic surprises promise thrills after 6 p.m. Before then, the parks host a costumed array of very family-friendly fare.

Halloween time at the Disneyland Resort

— Knott’s Berry Farm hosts the “Scary Farm Haunt” with more than 1,000 monsters, 11 corn mazes and plenty of other frights and before dark, there’s Snoopy’s Costume Party” in Camp Snoopy with the entire Peanuts gang.

— The Fright Fest at the 18 Six Flags parks require you to fend off 200 zombies out to play. There are also ghoulish scare zones and much, much more. During the day, come in costume for the Spooky Kooky Magic Show and the Monster Maze.

— Both Disney parks have already kicked off their Halloween fun with Disney World’s immensely popular Mickey’s Not-So-Scary Halloween Party and Mickey’s Halloween Party at Disneyland that are bigger than ever before, though each requires extra admission. Think about Mickey’s Boo-To-You Halloween Parade that runs twice a night in Orlando and the Monsters U Dance Party in Anaheim. Let’s not forget the chance for plenty of selfies with your favorite Disney villains.

— SeaWorld’s Spooktacular in Orlando and San Diego provides special Halloween shows and the chance for your younger kids to strut their stuff, showing off their costumes while dancing with life-sized, but not-too-scary, sea creatures. It’s all in the regular admission price. Come to San Diego in October and kids are free at SeaWorld and other major attractions, like LEGOLAND, which, of course, is also celebrating Halloween with Brick-or-Treat festivities, complete with giant LEGO Halloween creations.

— Sesame Place®, the nation’s only theme park based entirely on Sesame Street®, celebrates in Pennsylvania with The Count’s Halloween Spooktacular®, offering two new Halloween shows and an opportunity for kids to explore the new Cookie’s Monster Land.

Better get your costume ready!