How kids like making history on first American cruise to Cuba 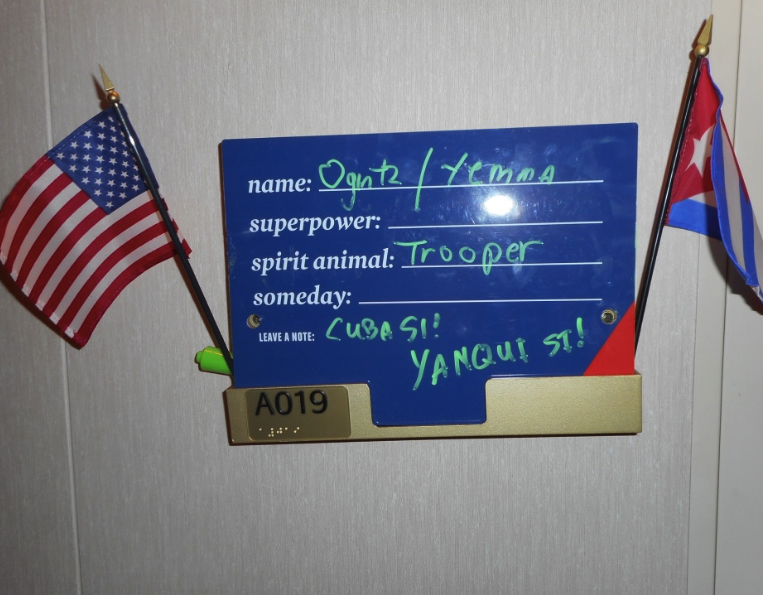 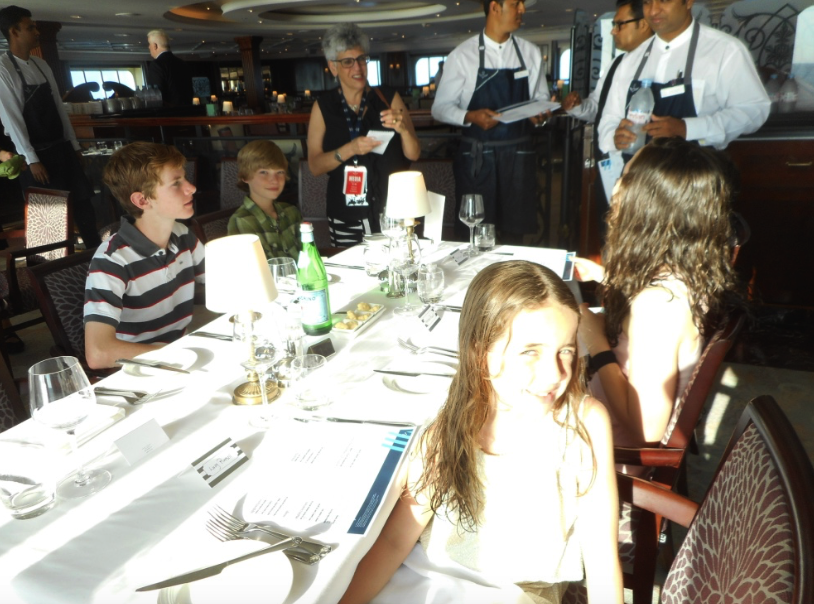 Kids table on the Fathom Adonia enroute to Cuba

ABOARD THE FATHOM ADONIA (DAY 2) — There’s no kid’s club, no water slide and the pool is very small.

“I don’t really like kid’s clubs anyway,” says Tyson Russell, 10, who after two weeks on board is something of an expert. “We’re having lots of fun,” adds his sister Lucy, 8.

They may be biased, as their mom, Tara Russell, is the president of Fathom, this new venture of Carnival Cruise Lines that is committed to immersive and impactful tourism.

The Russell kids had spent the last two weeks in the Dominican Republic where they joined in volunteer activities that ranged from wrapping chocolate bars at a women’s collective to helping to lay cement floors for several families. 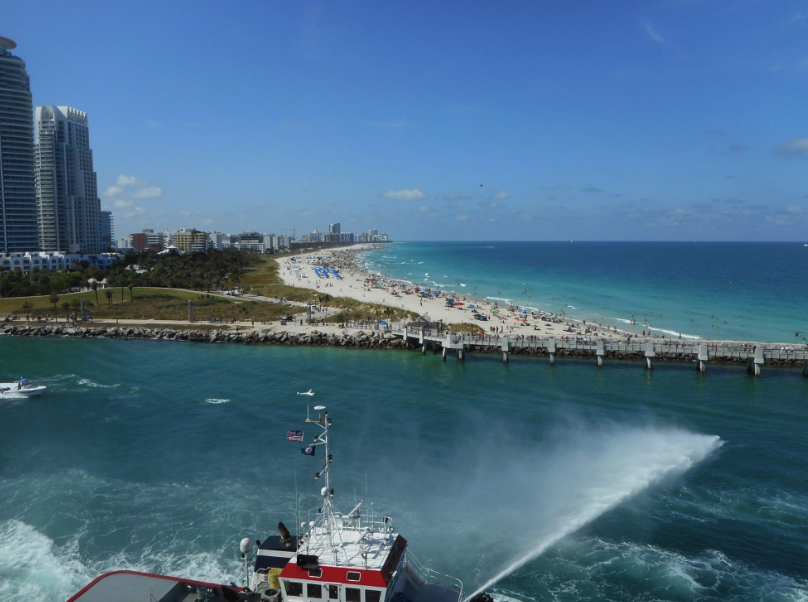 Leaving Miami for first American cruise to Cuba in 58 years

“A lot of my friends thought it would be boring to go and help people but when you wEre there, you realize it’s a good experience for yourself,” said Tyson.

Now the kids, along with nine others, including some of their cousins and friends, are about to make history as Fathom’s Adonia becomes the first U.S. ship in 58 years to sail into Havana from the United States.

“I’m most excited that we’re going to be the first Americans to sail in here in so many years,” said Jack McHargue, 13. “My friends think it’s cool that I’m here.”

“I like new cultures that haven’t been seen a lot before,” said Noah Russell, 15.

Of course the adults on board are just as excited to be making history. “I always wanted to go to Cuba. As soon as I heard the news that this ship was going to Cuba, I called to reserve,” said Idalia Rivera, a pediatrician from Houston. She had made fast friends with the 10 members of a “Happy Hour Club” traveling together from Philadelphia. “It’s fun to go where you couldn’t go before,” said Mary Olive Reinhart.

The kids, meanwhile, have found plenty of places to hang out on board ship—the library with lots of board games, playing ping pong, the pool. There are no complaints about the food—this being a cruise ship they can order what they like and as much as they like.