HOW PARENTS MANAGE TO TAKE KIDS SKIING IN A DIFFICULT ECONOMY 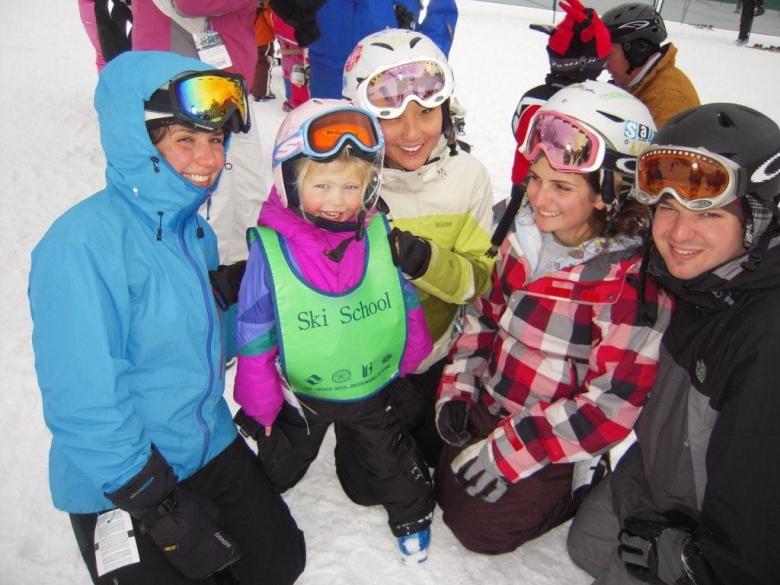 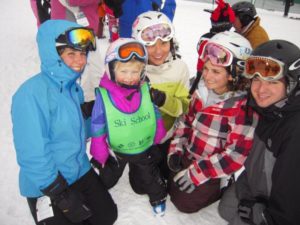 BEAVER CREEK (DAY 3) — It’s lunch time at Beaver Creek Resort’s main mountain restaurant Spruce Saddle Lodge and the place is packed with families. You wouldn’t know there is a recession going on — until you start talking to people, like I did, table hopping. www.beavercreek.com

Resort officials say even here, families are spending less — fewer private lessons (at over $600 a pop), fewer pricey restaurant meals, fewer days at the resort, fewer days at ski school. They also won’t tolerate less than top customer service. They want the most bang for their buck. But those that are here feel like it’s money well spent — the time with kids and extended family, the time on the mountain as opposed to the lift lines. “It’s expensive but it is a great family activity. It costs the same as going to an (Denver) Avalanche (hockey) game and you’re outside all day,” said Robin Thorsen, who is from Denver. “These are our best family memories,” she adds.

Some of mine too. I meet Dr. Bob Barr, who has come for a weekend getaway with his 12 year-old son Eli, leaving his wife and daughter home. “Vail is too much to do,” he explains. “It’s expensive but you’ve got to get the time together where you can.” Like us, they were staying in the new Westin Riverfront Resort and Spa (www.westin.com/riverfrontavon), enjoying the hot tubs, the comfortable downstairs lounge with its fireplace. “I love it,” he declares, adding that of course the best part is the time with his son.

A few tables away in the crowded restaurant, Patty and Bill Babcox are joking about whether they could have picked a more expensive getaway with their twins and nieces they’ve invited along from Chicago. “$22 for chicken fingers and fries! $20 for a Taco salad!”

“We’re pretending the economy isn’t bad,” they joke. “We like it here because it’s small, less crowded and easy.”

Certainly these are families who can still afford a vacation, even if they’ve come for fewer days or are opting to cook pasta in their condo instead of going out for dinner every night. Still, if they are going to come — and they think it is worth the money for the time away together — they are going to splurge to get what they want: the customer service, the uncrowded slopes, the quaint village with its shops, ice skating rink and shops.

Teens too. We are supposed to head to Vail for dinner — just 10 minutes away — but our three teens have opted for macaroni and cheese and a movie on demand on the cozy couches in our unit at the new Westin Riverfront Resort and Spa. They are too spent to even consider going downstairs to the hot tubs, as inviting as they look.

I’m happy to oblige — especially since I don’t have to stay home to babysit!