How to combat your family’s nature deficit 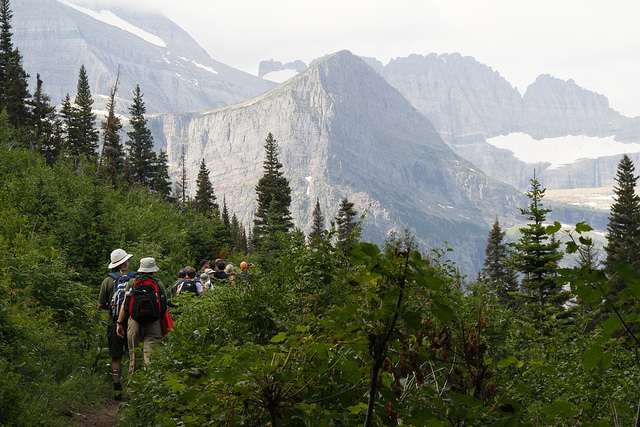 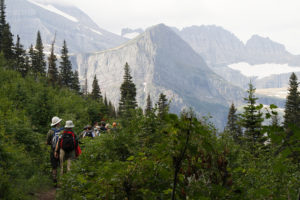 The next time you’re thinking about hiring a private soccer coach, more violin lessons or a new video game, take the kids for a walk in the woods instead.

Inject a little nature on your next vacation too, even if you’re heading to New York City (how about a long walk through Central Park?) or Orlando (get up close and personal with the manatees, or go fishing).

You’ll all be the better for it. “Most parents want their kids to get what it is like to be fully alive, using all of your senses,” explains Richard Louv, author of the best-selling book “Last Child in the Woods: Saving Our Children from Nature-Deficit Disorder” and the just released “The Nature Principle.” which has just been named to Oprah’s 2011 Summer Reading List.

“Everything — critical-thinking, mental health gets better outside,” Louv says. “It is as important or more important than Suzuki violin. It is enrichment that gets dismissed as recreation.”

Louv is the founding chairman of the Children and Nature Network, which strives to connect families with the outdoors in new ways. His work has stimulated an international conversation about the relationship between nature and children. On C&NN’s website, download a how-to guide on starting a family nature club in your community. And, if you’ve never camped, connect with other families that have.

I met Louv on board Lindblad Expedition’s National Geographic Explorer where he was the designated Global Luminary, there to inspire discussion among guests, many of them grandparents.

Too many young parents, Louv lamented, don’t have the experience outdoors that baby boomer grandparents had — growing up building tree houses, running free in the woods. “Young parents don’t know where to start,” he said. “The baby boomer generation may be the last chance for those memories to be passed on,” he says. “We need to realize that … this may be our last and most redemptive cause.”

No worries if you haven’t been outdoors in years. “It is a little like riding a bike,” Louv says. “It’s still in there. It doesn’t have to be difficult or complex.”

In fact, many companies that specialize in outdoor adventures and expeditions now offer family departures to make it easy and affordable. All you need to do is show up, whether you want to explore western national parks (www.austinlehman.com), Costa Rica’s rainforests (www.familyadventures.com), Africa’s wildlife (www.abercrombiekent.com) or the Appalachian Trail (www.outdoors.org). Many Elderhostel trips (www.roadscholar.org) are designed for grandparents and grandchildren to explore some aspect of nature together, whether learning about whales in Quebec or dinosaurs in Utah.

These days, of course, we are all looking for activities that can help a family bond and Louv is convinced that wherever you are, “a walk in the woods can go a long way.”

Don’t think of getting the kids outdoors as one more chore either, he urges, but rather as a way to de-stress your family life. Studies have shown that to be the case. There are also life lessons to be learned about self-sufficiency and being part of a team.

You’ll save money too. A single backpacking trip costs far less than a night in a motel and may stay with your child for years to come, suggests Sara DeLucia, the adventure programs manager for the Appalachian Mountain Club, which offers special Family Adventure Camps with planned activities, meals and skills building in the White Mountains and Maine. Check out their Kids Guide at www.outdoors.org/kidsguide, which includes how-to advice and a link to trip ideas and lower rates for kids.

But what if kids — especially teens — don’t want to go? “They don’t want to go to school or clean their rooms either,” Richard Louv observes wryly. “Don’t underestimate what kids take away from experiences that they don’t tell you.” Parents often tell him their college kids recount fond memories of long-past camping trips that they’d complained bitterly throughout.

The Appalachian Mountain Club experts suggest that as you plan, try to think like a kid. That mountain vista at the end of the hike isn’t nearly as exciting as the dead cricket on the trail. Having a repertoire of glow sticks, songs, fire-making tricks, ghost stories, knock-knock jokes, card games, harmonicas and a Frisbee can help.

So can inviting another family with kids the same ages. Especially with young kids, plan much shorter outings and have a Plan B (or C) in case of bad weather, foul moods or tired legs. We once decamped for a B&B in New Hampshire when it was pouring.

Borrow or rent what you need from a company like REI. Have a trial run in your back yard to make sure all of your gear is working and you know how to use it.

Always ask the kids where they want to go. The more they’re involved — whether planning a day hike, a weekend camping trip or a longer adventure — the more excited they’ll be.

Of course, not every experience will be a winner. It never is when you’re taking the kids. It might rain. Someone might fall into some cactus (yes, that happened to us). Someone may get poison ivy. But even misadventures make for good memories.

“You don’t know when that transcendent moment is going to happen in a child’s life,” Louv suggests. “If you put them in the right place, it is more likely to happen.”