How to get the exclusive Disney backstory 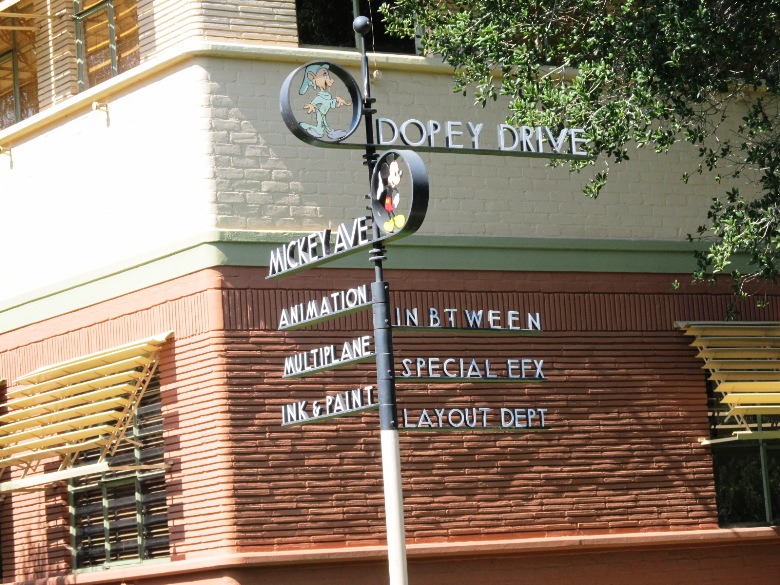 At the newly revamped  Disney California Adventure  in Anaheim you can saunter down Buena Vista Street as it might have been when Walt Disney as a young man with a suitcase, $40 and a big dream in  the early 1920s.

This being Disney, everything has a back story. You might first see Oswald’s—Disney aficionados know Walt Disney named his early cartoon rabbit Oswald.

There is Mortimer’s that sells healthy eats.  A little trivia: Walt Disney originally wanted to name Mickey Mouse Mortimer but his wife Lillian suggested Mickey would be a better choice.

Peek into the window of Trolley Treats and you will see a display of Rock Candy Mountain, an attraction Walt Disney designed for Disneyland but never built.

“We wanted this to be a complement to Main Street in Disneyland,” explained Lisa Girolami, the Walt Disney Imagineering Senior Director who oversaw the development of Buena Vista Street. As we stroll down the street, the “newsies” pass by singing out  of the window of the Red Car Trolleys—with Mickey Mouse waving from the back—and Goofy dressed in a Zoot Suit entertains the crowd.  Look upstairs in one place and you might “see” dancers practicing or an optometrist.

Walt Disney arrived in 1923 when he was just 22.  The new top photograph spot is beside a statue of a young Walt Disney with his suitcase and Mickey Mouse. “What Disney always does is a back story whether guests understand it or not,” Girolami explained. “Here we have woven Walt’s life into the street.”

Julius Katz – here a store—was the cat in early Disney cartoons.  There is a plaque for 2719 Buena Vista Street—Disney’s address in a California town.  The Rock Candy Mountain display in the window of the sweets shop was lovingly copied from the original model for the theme park attraction that was never built.

Fiddler, Fife and Practical Café were the three pigs but here their last name is Bounds –Lillian Disney’s maiden name. The back story: they were a successful vaudeville act before opening the café.

The street ends at the Carthay Theater—here a terrific restaurant and lounge serving ”small bites” and hand-crafted cocktails— but in reality, the theater where Snow White and the 7 Dwarfs premiered in 1937.  Walt Disney had mortgaged everything he had to make that film and many thought he was crazy. Who would sit through a long cartoon? But Snow White was a smash hit, enabling Walt Disney to finance his studios.

Many young people, Girolami noted, don’t even realize Walt Disney was a real person. They just think Disney is a company. “We want to keep talking about Walt as a man,” she explained. “What makes this so special is it isn’t just a back story—and that’s what we do—but this is Walt Disney’s back story… he got off the train with a dream and people who come here can think about how they can make their own dreams come true.”

The idea is once  you get  beyond Buena Vista street, into Disney California Adventure, you can make your own dreams come true, starting at the new Cars Land, which is proving an immediate hit with lines stretching over an hour for the three new attractions.

In the popular Pixar-Disney movies, you don’t go inside many of the buildings, explains Kathy Mangum, the Walt Disney Imagineering executive who oversaw the development of  the 12-acre  Cars Land.

“It is all in the detail,” she said—from the radiator caps on the metal poles that mark the lines  to the memorabilia in the shops. .” We took the Car story deeper. The signs promoting Flo’s early music career in Flo’s V8 Café (How About Jeep Date…Back to My Routes) and  to the memorabilia in the shops.  The ambiance, she said, came from a little place in Adrien, Texas –MidPoint café so named because it was the half way point between Chicago and LA on Route 66.  Eat some pie at Flo’s.

Obviously, Mangum says, guests won’t get all of this on the first or even the second visit.   The idea is each time you are here, you will see –and smile—at a new reference, a new nuance, something you hadn’t noticed before on the street, in a shop, restaurant or attraction.

“They come in here and they are in another place..it takes them somewhere else  and that is completely the idea, ”  she explains.