How to manage a whirlwind day at Disney World 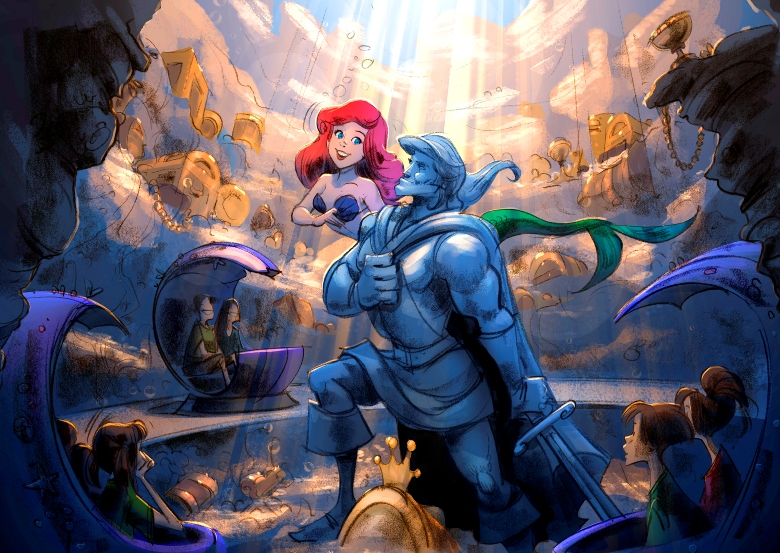 DAY 2 — Talk about the potential for stress. How about racing around Disney World with 11 people, no less, with kids who range from five to college age?

But Theresa Bennett and her extended family are all smiles—even as they wait 40 minutes in line at Epcot to see Soarin’ — the popular attraction that makes you feel as if you are hang-gliding over California.

“I think this is the best trip I’ve ever done,” says her sister-in- law Cindy Clark, who is from Pennsylvania.

The key: Smart planning. Buying the Disney meal plan helped, they added.  Not only did they save significant bucks but had their choice of restaurants.

Even a drenching downpour one day didn’t get them down. “I wish it would rain ever day,” they joked. “There were no lines!”  They made sure to make reservations for dinners (they are a big group, after all,) and those special character meals.

The Malaniuks aren’t letting traveling to Disney World with an eight-month-old stress them out either. That’s why the Chicago family chose the Grand Floridian — closest to the Magic Kingdom — that is their six year old son’s Nickolas’s favorite.  Another big help: The Undercover Tourist Ap for their I phones that not only offers maps of the park but tells them all the waiting times, show and parade schedules. Another Plus: Nicholas can play games on the phone while they wait in line.

They’re also fans of the meal plan, though they opted for the less expensive “quick service” meals—better anyway with a baby and six year old.  “We’ve spent so much less on food,” said Michael Malaniuk — just $300 is feeding the family for five days.  Another tip: return to the hotel in the afternoon and take a nap. “Then we come back in the evening, “he says.   They are also fans of coming this time of year when it is cooler and not as crowded.

They weren’t bored during the rain storm either — they opted to relax and go to a character breakfast.  Plan for a longer trip, suggests Christine Malaniuk, “So you don’t have to rush.”

And if you’ve got a baby in tow, make sure to check out the parks’ baby centers where you can nurse, feed a baby in a high chair, change a diaper and buy anything you need from baby food to formula to diapers, even baby pain relievers. “Don’t try to overdo it with young children,” suggests local Jenna Hollon, here with her husband, three-year-old daughter Londyn and seven-week-old son Noah, about to embark on his first trip to the magic Kingdom.

Of course first time visitors wish some things were better—more information about character “meet and greats” so you don’t get there to discover the line is closed (that’s why character meals are so great when all of the characters come to your table for autographs and photos), more information about the transit system (yes, sometimes it can take upwards of two hours to get from a resort to a particular park).

Heidi Andron, celebrating her birthday here with her husband, two year old and mom, is a fan of the park hopper passes. “You can do one park in the morning, go back and take a rest and do another in the evening,” she explained.  It helps to bring grandma along too.

“Every day is better than the day before,” reports Sam Voysey whose family has traveled here all the way from Australia. “The kids like everything.”

And you can’t ask for more than that.

Next:   Disney’s news ship – The Dream