A trip to Italy with my college graduate 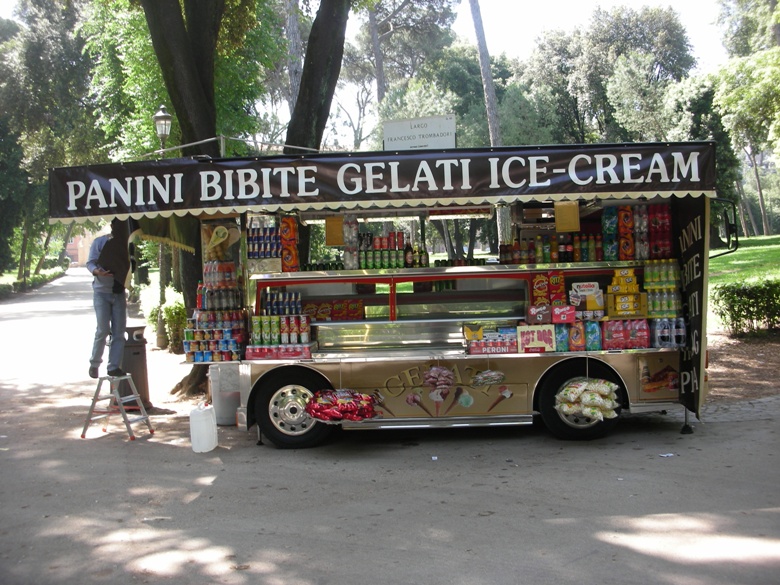 DAY ONE — We’re flying an airline no one I know has heard of — EUROFLY. The Turin, Italy-based airline has only been flying to the U.S. for the past couple of years. The price was right and, even better, we could fly back to New York non-stop from Naples, where our trip would end after a Backroads  hiking trip along the Amalfi Coast.

There’s just one thing: There is only one flight a day and in some cases, just certain flights a week. (Saturdays from Naples to New York). I bought travel insurance and hoped for the best. And for once, there were no glitches. My daughter Reggie and I flew coach (the trip was her college graduation present) and our flight was fine — individual TV screens, edible food (pasta) and on time departure.

When we arrive in Rome at noon the next day, a driver arranged by Jill Kammer, who with her husband Leon runs www.italy-accom.com was waiting for us. I know we could have grabbed a taxi or much cheaper, the train into Rome, but after a long flight, a little luxury was in order, I figured, especially when arriving in a city I don’t know well.

Jill, herself the mom of two teens, had convinced me to opt for a fourth floor flat on a tiny cobblestoned street called Via Del Gambero, a short walk from the Spanish Steppes rather than a hotel. “Much nicer,” she said. “Less expensive and more room.” The driver dropped us off in front of #30 — I noticed immediately a café on the corner selling gelato and coffee and a “frutteria” selling luscious fruit — everything from cups of kiwi and pineapple, berries and ripe peaches. The owner of our apartment showed up a few minutes later. We had a tiny terrace and a painting of cherubs over our bed. At first, I was thinking I should have opted for a hotel — we were in Rome just three days and wouldn’t have to worry about enough toilet paper (Jill supplemented our supply, saving me a trip in search of some) juice or food. But once Jill gave me a tour of the neighborhood — she lives around the corner — I was hooked. Soon I’m pointing to the cheeses I want and how much bread in a small neighborhood delicatessen, buying wine, while my daughter takes a much needed nap.

I love that we’re literally in the center of everything with restaurants, bars and shops all around us. I also love that we’re surrounded by Italians, not tourists. If our entire family of five were here with the dollar so weak against the Euro, we’d be saving big time. (Ask about discounts for Taking the Kids readers!)

But, Kammer tells me, apartment rental isn’t for everyone. If you’ve got young kids and can’t imagine vacation without a pool, opt for the Rome Cavalieri-Hilton overlooking a park (check the special family package for $162 Euros a night www.cavalieri-hilton.it ) or the equally luxe Grand Hotel Parco dei Principi (www.parcodeiprincipi.com) or the Hotel Exedra (www.boscolohotels.com).
Living out of an apartment, you also need to be the type of traveler who loves to find their way to local markets and food shops. You can’t just hail a taxi either, but need to walk a couple of blocks to the nearest square and taxi stand. It all seems to add to the adventure.

Jill points out a well known local restaurant Trattoria Otello alla Concordia (www.otelloallaconcordia.com) tucked into a small courtyard on Via della Croce, a short walk from our apartment. We make a reservation for that might.
I’d also arranged to meet Rita Clemens, a savvy Minnesotan who runs a tour company called www.customizeditaly.com But as I’m reminded when you travel with kids — whether they are two or 22, as is my daughter Reggie — things don’t go as planned. Reggie isn’t feeling well. We plan to meet Rita tomorrow.

I realize we can walk to just about everywhere — the Spanish Steps, the Trevi Fountain. I window shop, not daring to go in to any stores because I don’t want to be tempted when the dollar is so weak.
Dinner is great — and comparatively cheap. (Great eggplant!) We walk to the top of the Spanish Steps. It is a mild night. I’m so glad to have this time with my daughter after her college graduation before she heads off for adventures of her own.