At Morgan’s Rock in Nicaragua, far from your typical family beach resort 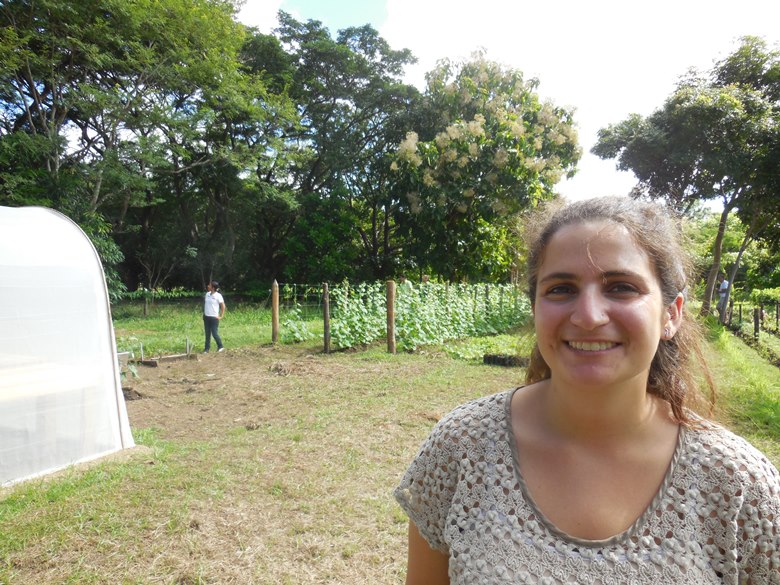 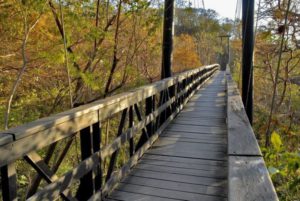 Suspension bridge between lobby and casitas at Morgans Rock

DAY 4 —  It is an adventure just getting to breakfast.

Up—and down more than 100 steps carved into the dirt, across a wooden bridge high over the jungle.

“This place is really awesome… the whole place is a big adventure,” said 12 year old  Nick Harris, here with his three brothers and his parents from Denver for a Thanksgiving holiday they won’t soon forget.

Morgan’s Rock in southwest Nicaragua is about as far from a typical beach resort as you can get, from waking up to the howler monkeys to activities that include jungle walks, horseback riding on the beach and zip lining nearby.

The Harris boys are especially enamored of the private Pacific Coast beach. ”I like how remote it is,” said Nick’s 14 year old brother Jackson.  And even a back full of mosquito bikes couldn’t dim Nick’s twin Nathan’s enthusiasm.  “Different than a regular hotel,” he said.

Nicaragua, of course, is having its moment, being called the “next” Costa Rica and it’s none too soon — with poverty ranking at 40 per cent, tourism is very important here.  Morgan’s Rock which opened in 2004 was the first eco lodge of its type in Nicaragua—the owners inspired by an eco lodge they’d visited in Costa Rica.

The 15 casitas are built around the huge property—nearly half of the 4,000 jungle acres is a government-designated reserve while the rest is agricultural land and sustainable tropical wood farm.   Turtles nest along the mile-long beach; you’ll see howler monkeys in the trees on the way to breakfast.

Thatched roof decks overlook the pacific.  The food and service is a work in progress (full disclosure: my daughter Melanie just finished a two-month internship here designing an organic garden which should improve the farm-to-table menu). 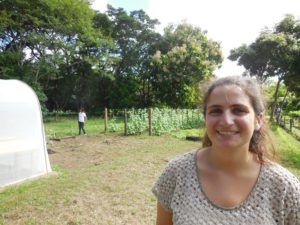 Melanie and her organic garden at Morgans Rock

Yes, it can be a schlepp to take 234 steps to get from the beach to our casita, but this really is a unique spot that is credited with starting the eco tourism movement here.

Everyone eats under a tilapia overlooking the pool and the pacific.  “The view is killer,” one guest said.  “One of the most unique resorts I’ve seen,” said another.

The resort, about a 2.5 hour drive from Managua, attracts a growing number of families.  We meet a family with two young kids  from San Francisco who came after friends had raved about Nicaragua.  Two other families are traveling together from Washington state—a grueling flight but worth the travel, they agreed.

All were looking for something different, more adventurous. 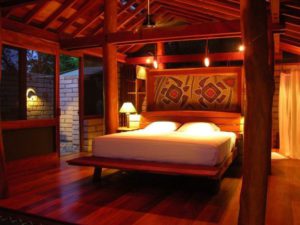 Inside one of the casitas at Morgans Rock

This place isn’t for everyone, of course—the steep steps, no air conditioning or TV, limited wi-fi (just in the lobby and restaurant).

That’s a small price to pay for the proximity of the ocean and the jungle, though I wish there were more activities for the kids or at least beach toys—even the promised boogie boards are nowhere in sight.

Kids amuse themselves racing up and down the beach, swinging in the beach hammocks going zip lining, kayaking and horseback riding, counting the monkeys in the trees and playing cards.

I haven’t seen a single kid complain. And that says a lot