Fish right out of the water, strawberries, goat cheese and more 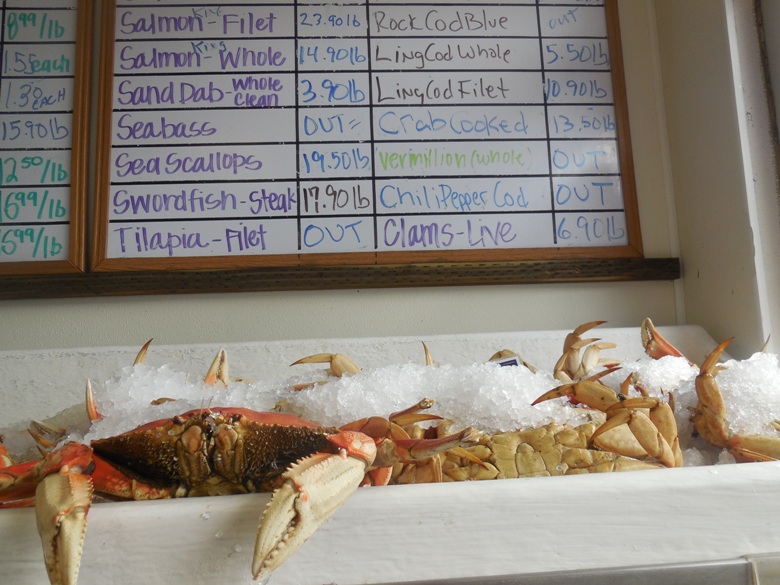 At Pillar Point Harbor in Half Moon Bay near, where we were staying at the Beach House, locals either have downloaded the free FishLine App or call 650-726-8724 to see what fresh-caught fish commercial fishermen are selling “off the boat.”

The harbor’s Princeton Seafood will clean and fillet the fish at a nominal price; when it’s crab season, they’ll boil them for you too. During crab season—in fall and through the holidays–people drive from all over the bay area to get them.

Of course the market also sells fresh fish—wild salmon, fresh oysters, tuna, snapper crab, swordfish and tuna, among others—to either take back to cook or cook on the grills right at the harbor, said Harbor Master Scott Grindy.

We opt for lunch overlooking the Harbor at the Half Moon Bay Brewing Company known for its beers (you have to try the tiramisu made with chocolate porter), its Summer Saturday music in the Beer Garden and healthy kids menu (think bay shrimp salad, wild salmon and grilled prawns—all under $10) and local seafood—everything from ceviche to seafood tacos and fajitas, beer- steamed prawns and a lot more—and local vegetables. We loved the local grilled artichokes. Unlike other brew pubs, there is a strong commitment to taking advantage of the seasonal local ingredients—and to encouraging kids to expand their palates a bit.

Mary Oldham, one of the partners, and a mom of three, suggests a trip to Half Moon Bay is the chance for kids—and adults—to try some new foods. “Eating artichokes can be fun,” she suggests.

You could happily spend the day in and around Pillar Point. Rent kayaks or paddle boards or simply watch the surfers; The famous Mavericks surf break is a 1.2 miles off shore of the small town of Princeton-by-the-Sea. Surfers come from around the world in the winter to compete in the Mavericks Invitational in some of the world’s biggest waves that rise over 50 feet high. But because the conditions must be exactly right, no one knows when the contest will be held until just before yet surfers from around the world and thousands of spectators turn out. 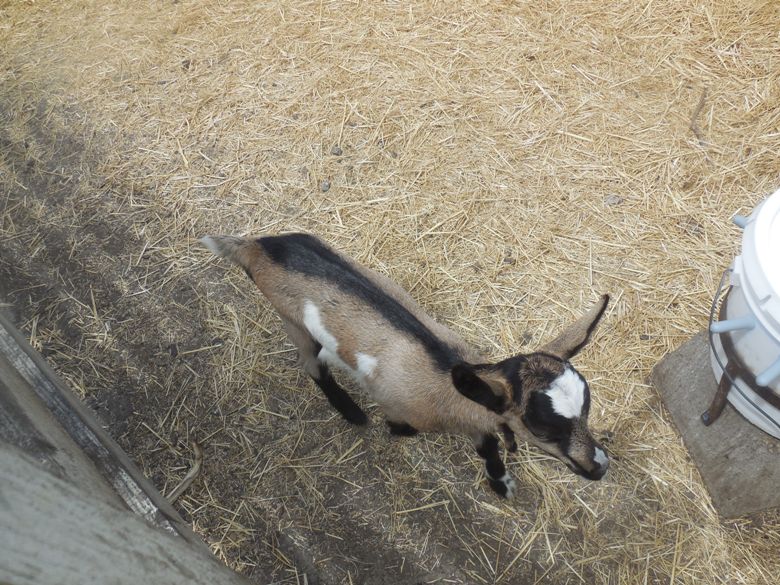 But there is so much else to see and do! My daughter had given me a tour of some of her favorite spots as we’d driven down the Coast, stopping at “Pebble Beach”

—Bean Hollow State Beach–watching the harbor seals laze on the rocks. A little farther down the Coast there’s Ano Nuevo State Park with its famous elephant seal rookery. Come in the winter and you’ll see hundreds, including many new born pups.

At Harley Goat Farm in Pescadero where there are weekend tours for families, we learn 200 baby goats were born this spring. They are so cute! We sample different varieties of goat cheese (how about goat cheese with lavender?), goat cheese cake and goat milk hand lotion. Kids can’t help but love this place. 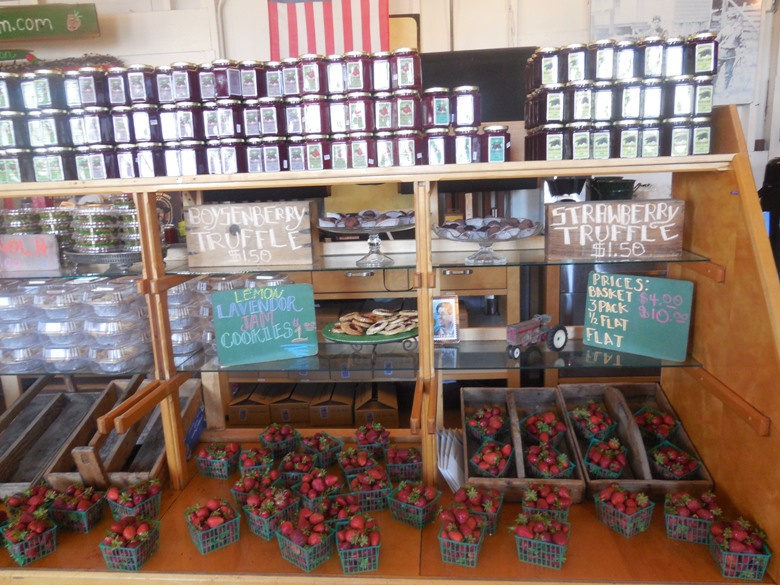 Pick strawberries or olallieberries (a kind of blackberry) between at Swanton Berry Farm—or just stop in to the store in Davenport and sample their jams on animal crackers or buy some fresh picked berries or a pie.

There are all varieties of beaches that aren’t crowded, one more beautiful than the next. Turn east from the coast and go for a hike at Big Basin Redwoods State Park that is home to the largest continuous stand of Ancient Coast Redwoods south of San Francisco.

So much variety—so much to see…even the most finicky kids wont get bored!

They won’t get bored at dinner either. We end the day at the award-winning Sam’s Chowder House overlooking the harbor. Below, families are walking on the Coastal Trail and playing with their dogs—and their kids—at the water’s edge.

This is yet another example of the close relationship between restaurants, farmers and purveyors. They work with as many as 5 different farms and purveyors, serving as many as 1,500 guests a day, said Julie Shenkman, who with her husband Paul and another partner opened the restaurant in 2006.

The idea came from the local clam shacks and fish houses Paul Shenkman enjoyed as a boy on the Jersey Shore. “The concept is fresh ingredients, always seasonal and prepared simply to let the natural tastes shine,” Julie Shenkman said.

“The fish is fresh daily, and we built a special, refrigerated room where the fish is delivered – so it never sits waiting to be “put away”. It is cleaned, portioned, prepared and served that day. Our crab is local, right off the shores of Half Moon Bay (when in season). We use a lot of local produce – such as lettuce, pumpkins, herbs and beets from Farmer John’s Daylight Farms here in Half Moon Bay, or locally grown artichokes from Giusti Farms. It’s not uncommon for lettuce in the fields in the morning to be on our table that evening. We are really lucky being here on the coast, as we are literally THE “farm-to-table” concept here in Half Moon Bay, with the local farms and harbor right here. “

We see that first hand—feasting on fresh West Coast oysters, salad with lettuce from local farms and a Cioppino fish stew.

We walk back to our hotel along the Coastal Trail. All smiles.