In Prague — the Paris of the East 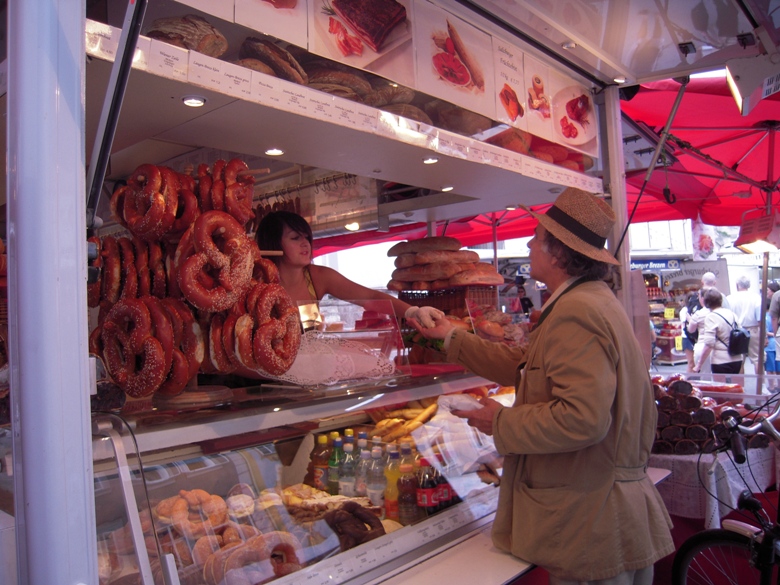 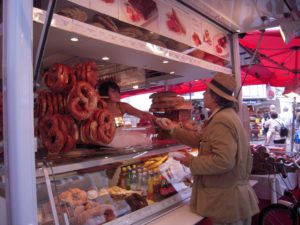 AUGUST 6 — Another day, another church. We’re all excited to explore Prague, which many now call The Paris of the East. It’s crowded with tourists on this brilliant summer day. Prague, of course, is the capital of the Czech Republic and has been an intersection of continental merchant routes for centuries.

Prague Castle, which we visit this morning, was founded in the 9th century, in fact, and is a complex of buildings — including St. Votis Catjedra, St. Geroge’s Basilica, three different courtyards and even a toy museum currently showing an exhibition all about Barbie. When we stand in St George’s Square just behind the cathedral, we‘re looking at architecture representing 10 different centuries. This is the largest castle complex in the world and it’s overwhelming.

The Castle is the seat of the president (we see his flag flying) where once princes and kings of Bohemia lived. We visit the Gothic cathedral, the spiritual symbol of the Czech state that took nearly 600 years to finish. We all love the stained glass windows. Even the kids seem impressed by St George’s Basilica, that was first built in 920 AD Tiny houses that now are home to shops (marionettes anyone?) line Golden Lane that were the 16th century homes of Castle solders.

It’s true that everywhere you look in Prague there is history. We cross the Charles Bridge, jammed with tourists, musicians, artisans selling sketches, jewelry and more was finished in 1357! And we stop for lunch in the Old Town Square. Afterward, we walk back across the bridge to visit the John Lennon Peace Wall that became the place for fans to express their feelings after Lennon was killed in 1980. Today, visitors write their own messages-in Arabic, Italian, French, German and English. “This is where I am today,” someone named Josepina wrote earlier this summer. “Just enjoy your life,” says another message. “Don’t hope for change, make it happen!” says someone named Meghan. My two 17-year-old companions add their messages.

As we head back over the bridge, we see tourists on paddle boats and other boats taking in Prague from the Vitava River. I’m tempted to while away a couple of hours that way, but the girls want to shop. People come to Prague to buy its famous crystal, garnets so dark they look almost black, amber and of course marionettes. We just meander through the narrow cobblestoned streets in around the Old Town Square stopping for an ice cream here, a drink there.

We struggle to figure out the money. It takes 15 Czech Koruna for every dollar.

But all around this historic city is a vibrant city with plenty of nightlife and shopping to please any young person — like my two 17 year old companions who are delighted to learn that a shopping center around the corner from our hotel includes two of their favorite stores — H&M and Top Shop. I love Prague and wish we had more time here.

It’s hard to believe that this evening is our “farewell dinner” for this trip as families scatter tomorrow –some to continue to travel in Europe, heading to Budapest and Warsaw, among other places, some heading home. One family is going on a second Disney trip in Germany.

There’s nothing like a little sword play to get an evening started. As we knock on the door of the ancient House of the Stone Bell, a jester pops out to lead the kids to where two swordsman are busy fencing. But they aren’t the only swordsmen in the crowd. It turns out every child — and adult who is interested — can take a turn, outfitted in padded vests and protective face gear. The parents sip champagne and watch, cheering the kids on. “We need the next generation of fighters,” the swordsmen tell the kids, who don’t need any encouragement to volunteer.

Afterward, we make our way up stone staircases to a dining room set up like a medieval banquet. Musicians are playing various string instruments, a recorder and a drum. King George 4 — much loved here — makes an appearance to greet us. The kids love all the time travel. “Prague is full of stories and legends,” especially this house,” the king tells the crowd. He tells us he was born in this house.

The food keeps on coming — tuna and pasta, salads, mozzarella and tomatoes,, chicken and mashed potatoes…the wine and beer is flowing (along with soft drinks for the kids). We drink out of ceramic cups that I suppose are meant to conjure up images of another time.

It’s Disney at its best — seemless service, terrific storytelling and entertainment. That pleases everyone from the six year olds to the 17 year olds to the 88 year old on one side of me. And at the same time we’re all being so royally entertained, we’re learning more about Prague and its history.

I think a lot of the parents in the crowd are thinking the same thing. Thanks, Mickey.