Let’s hear it for women pushing their boundaries 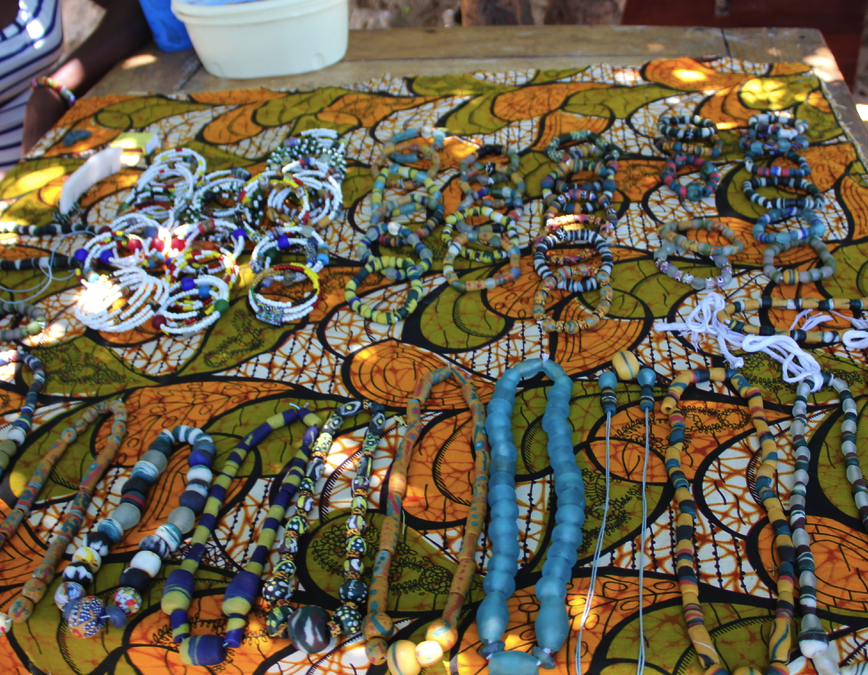 Let’s hear it for Esther Kawewe!

The young mother used to spend her days helping her mom sell vegetables in the dusty outdoor market at the small (just 3,000 people) Nakatindi Village in Namibia, a short drive from the city of Livingston and the famous Victoria Falls. 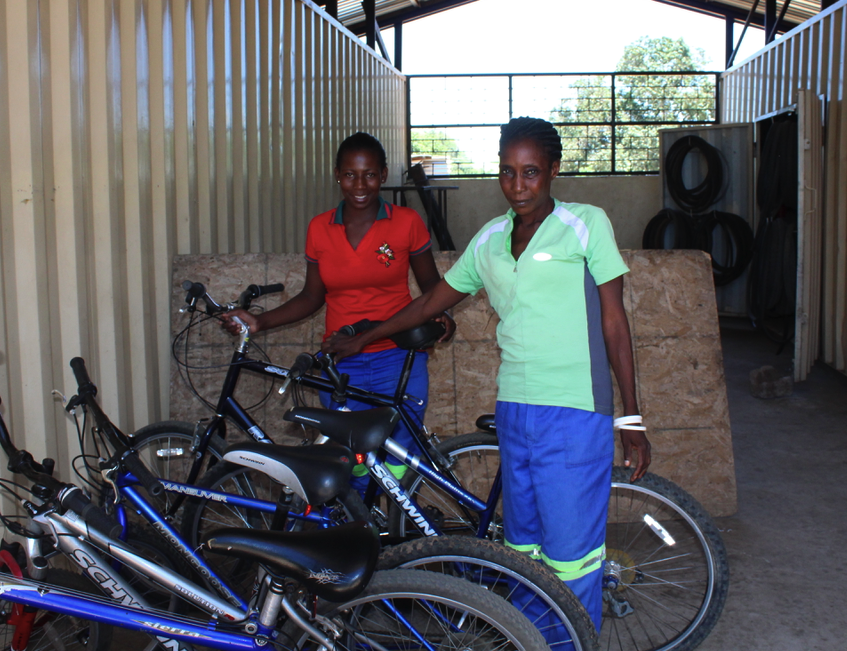 At work in the recycled bicycle shop in Zambia

Now, Esther Kawewe earns $120 a month — a very good salary here — assembling and selling bikes that have been donated from America, Europe and Australia. All thanks to a project started by Abercrombie & Kent Philanthropy, which has 41 projects in 21 countries around the world.

“Much better than selling vegetables,” she said when we visited the small shop in the village where families live in one room, cook outdoors and have no electricity.

“I am earning money to feed my family,” says Bridget Mayumbero, the mother of five. She adds with a shy smile, “It is good for children to see that their mothers can earn money.”

March 8 is International Women’s Day, which celebrates women’s achievements around the world with everything from conferences to fun runs to festivals. I’m hoping to attend a snow event at Copper Mountain in Colorado, for example, designed to help women and girls push themselves physically.

I couldn’t help but think about Kawewe, Mayumbero and the other women I met so far from home who are pushing themselves in unexpected ways to make better lives for themselves and their children in the most dire of circumstances.

This year, the theme of International Women’s Day, which began during the early years of the 20th century, is #balanceforbetter, advocating for a more gender-balanced world.

The African women explain that men here, though chronically unemployed or underemployed, don’t believe women can or should work. These projects are as much about empowering women as they are about providing new revenue streams for the villagers. 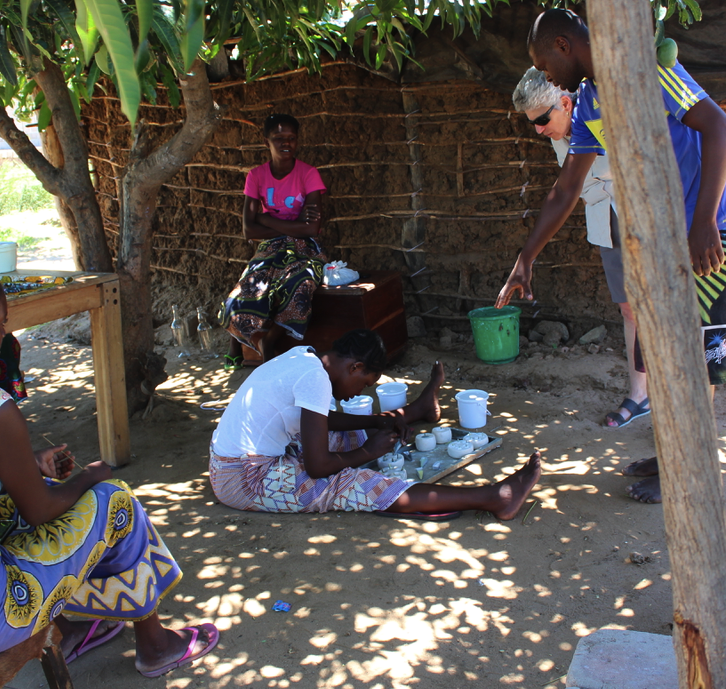 Turning recycled glass bottles into beads for necklaces and bracelets

The women explain that once they are trained to assemble the bikes and run a business, they spend a month putting the donated bikes together. The giant containers the bikes come in then become a part of their shop. The bikes are then sold — for as much as $120, with people coming from Livingstone to purchase them.

Around the world, people want to help, once they are asked, said Kristy Berry, who serves on Abercrombie & Kent’s philanthropy committee in Australia. Just a few messages on Facebook brought in over 500 bikes, she said. “Kids brought their bikes and attached stories about their bikes,” she said. “We were inundated.”

At the village’s newest project, women are busy making beads from recycled bottles that have been ground to a fine powder. The women then painstakingly put the prepared glass into molds by hand, and then put the molds into a wood-fired kiln. Abercrombie & Kent sent experts to show the women how to prepare the kiln and make the beads, which become necklaces and bracelets to be sold in upscale shops. Already, the first group has graduated and a new group of 10 is being trained, said Charles Mathe, who is overseeing the project. He adds another plus has been to provide work for those with disabilities.

Visitors like us are encouraged to visit ongoing projects — a stark contrast to the deluxe accommodations and gourmet meals we’ve been treated to at the Sanctuary Sussi & Chuma where we’re staying — with every amenity — in thatched-roof tree houses along the Zambezi River. Five percent of each guest’s stay supports the nearby village projects.

“There is a dramatic need for the travel industry to do more to help sustain destinations around the globe. We need communities living on the edge of wilderness to tangibly benefit from tourism,” said Geoffrey Kent, the company’s founder and chairman.

The company has eight full-time community development people stationed around the world — everywhere from Africa to Brazil, India and Southeast Asia. 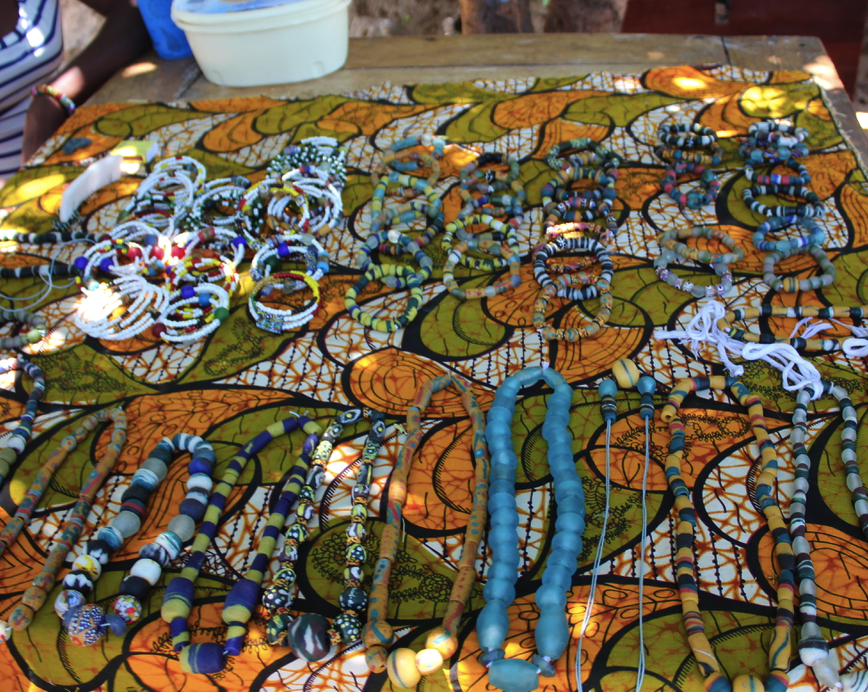 Bracelets and necklaces made with recycled beads

Many companies, of course, support global philanthropic efforts. I’ve been on trips where locals solicit donations from visitors directly — uncomfortable for all concerned. What’s different about these projects is the way A&K facilitates their success, from identifying a pressing community need, strategizing a solution and providing supplies and ongoing training and support.

The best part: The money stays in the community. Some $30,000 profit from the bike shop, for example, has gone to support the new maternity hospital and clinic Abercrombie & Kent helped build. Before it opened, women would give birth often on a dirt floor without hot water or electricity.

The day we visited, smiling mothers and babies were waiting for vaccinations while a gaggle of kids surrounded us.

The school in this small village has fewer than two dozen teachers teaching more than 800 children, many of whom come to school hungry. Six children must share one book here, according to Kingfrey Kahlila, the head teacher. There are just eight computers for the entire school and only some of the classrooms have electricity. Only 20 percent of the student body goes on to high school. “We have many, many needs,” said Kahlila.

Hopefully, the women in the bike shop say, their children will have more opportunities.

But they are not only helping themselves and the village, said Esther Kawewe, “We are showing girls here what they can do.”