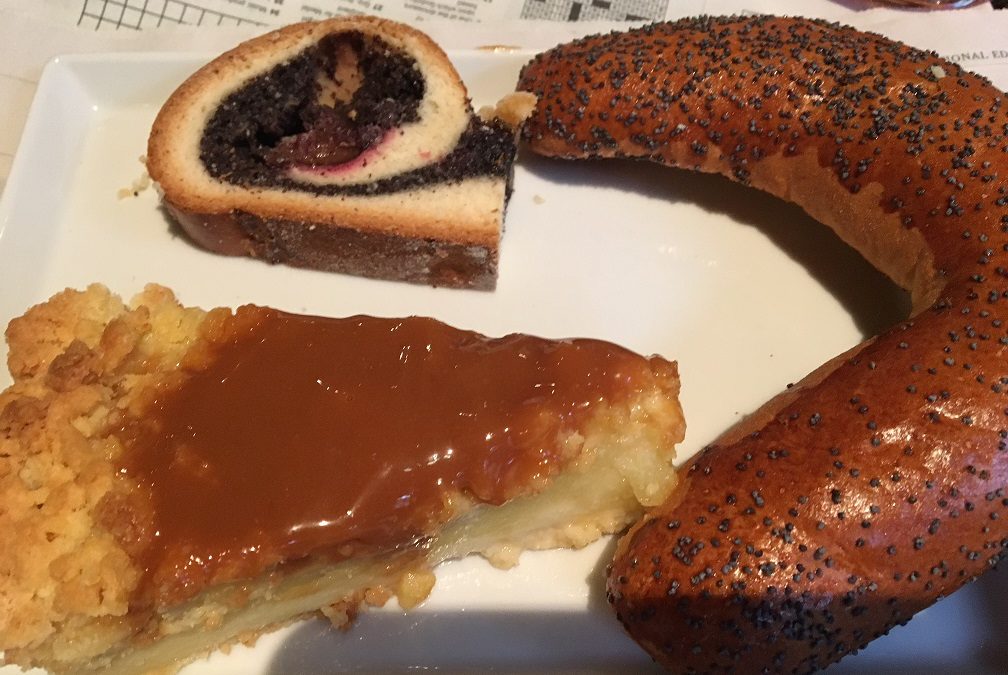 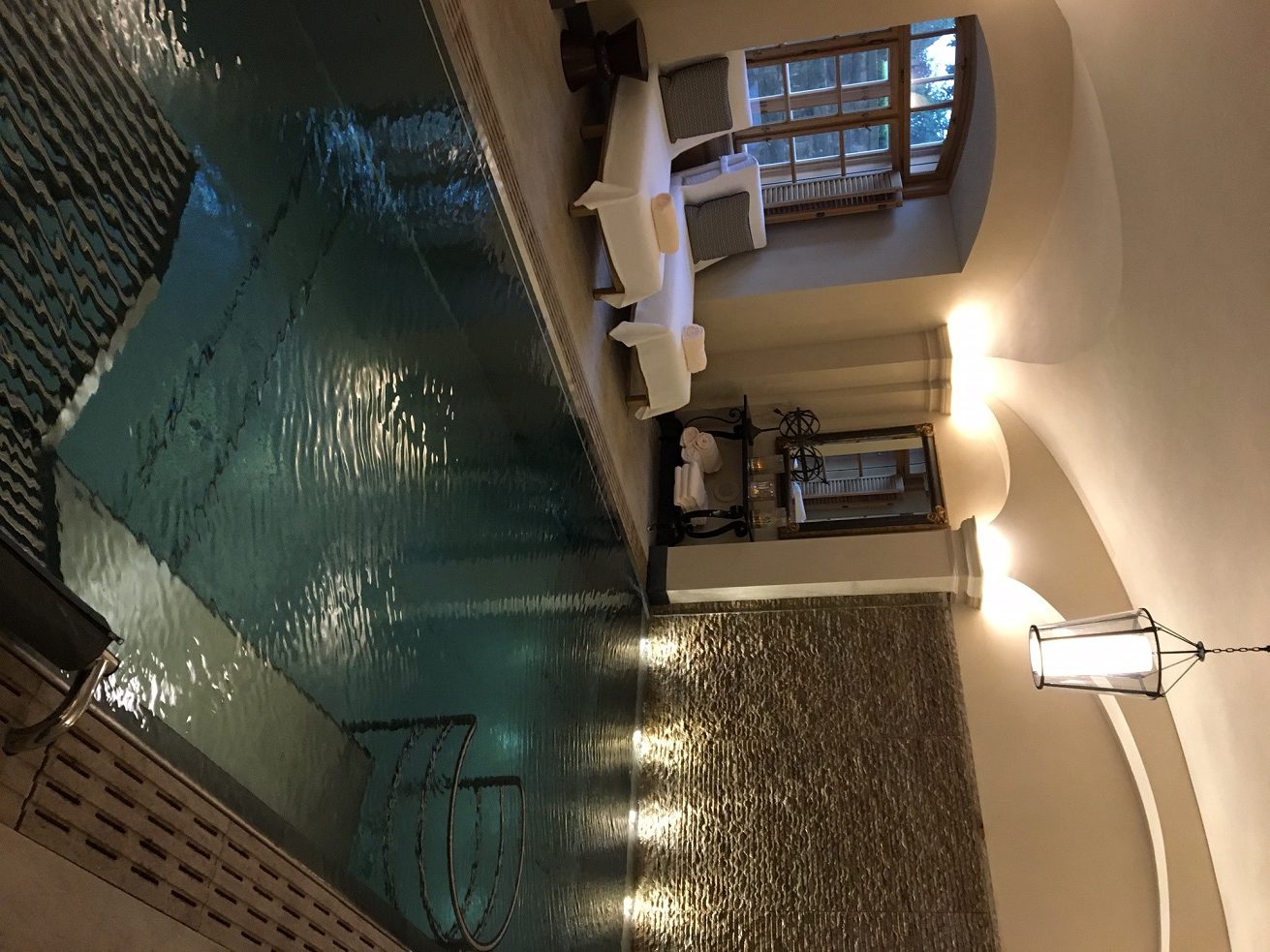 PRAGUE, Czech Republic (Day 1) — There’s nothing better  after a long day of travel—or navigating and touring an unfamiliar city—than to relax.  I’ve opted for a massage, my husband a nap and my daughter Reggie and son-in-law Dan Foldes a sauna, steam and dip in the spa pool at the Four Seasons Prague.

You wouldn’t think a city hotel would offer a luxurious spa but a year ago, the Four Seasons Prague, comprised of three historic and one modern building–with views of Prague’s famous castle and river from its restaurant terrace—discovered that guests expected a spa.  So they knocked out four rooms and installed an intimate, albeit luxurious, AVA spa in the neo-classical building with a view of Prague Castle.

That has proved popular not only with hotel guests but those at other hotels as well.  That the spa is open till 10 p.m. gives guests plenty of time to relax, even after a long day touring the city sites or working. There is a “vitality pool” with its wide variety of massage jets while there are traditional Czech inspired bath treatments–based on the famous hot springs. The Teplice Spa, for example, is the oldest in Central Europe dating back nearly 2000 years. The treatment here includes a healing  bath with  rare elements in the water. 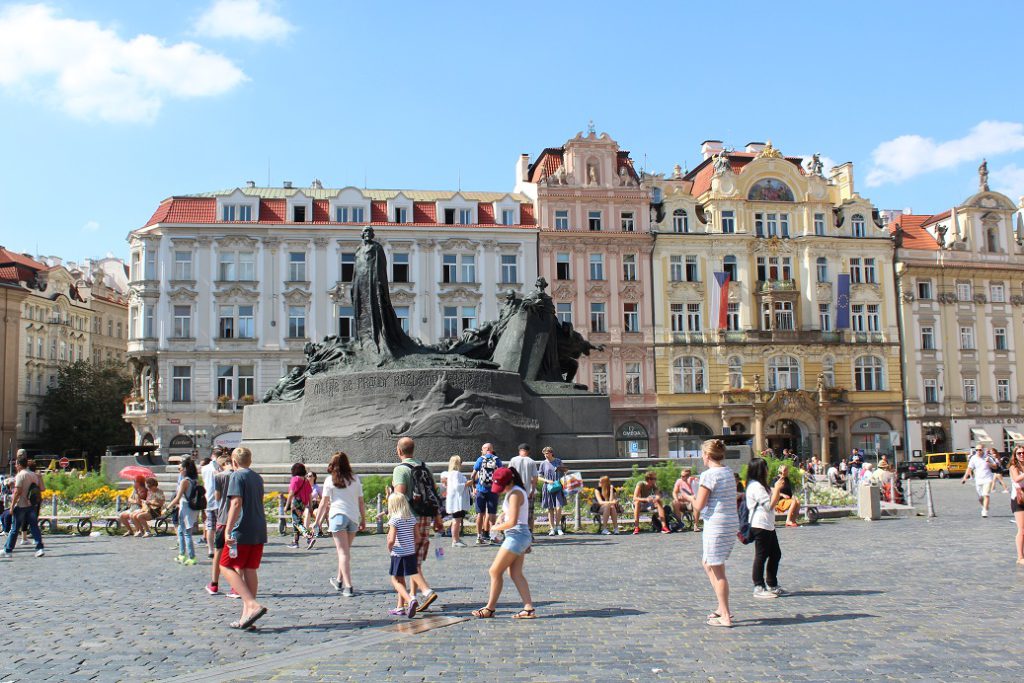 One of the many city squares in Prague

It can be difficult to travel with adult children, though families increasingly are doing so. On a Backroads bike trip aboard the AmaWaterways AmaStella—we used the luxurious year-old cruise as a floating hotel as we biked at every stop from Budapest to Vilshofen—they could opt for the longest, most challenging routes, joining us for lunch and dinner.

In Prague, they opted out of a Wittman Tour of Jewish Prague, excellent though it was. “We’re just toured out,” Reggie and Dan said, after tours in Berlin, Budapest and walking tours of smaller towns included in our Backroads itinerary.

The Four Seasons Prague, which is seeing more families with grown kids traveling together, made it easy for us to enjoy Prague at our own pace an then gather together at the unique hotel where the décor of the rooms depends on which “house” you are in (they are all connected). The neo-classical dates back to 1827: the Baroque House, the oldest in the complex built on a bank of the River Vitava, to 1737.

The hotel offers a complimentary concert every Thursday on the roof with its amazing views –and the chance for a private dinner there—equally popular with those seeking romance and those traveling with grown kids; boat rides on the hotel’s boat on the river and even the chance to jog with the concierge at 7:30 a.m. Wednesday mornings (of course for those who prefer to Jog on their own, the hotel provides a scenic route along the river). 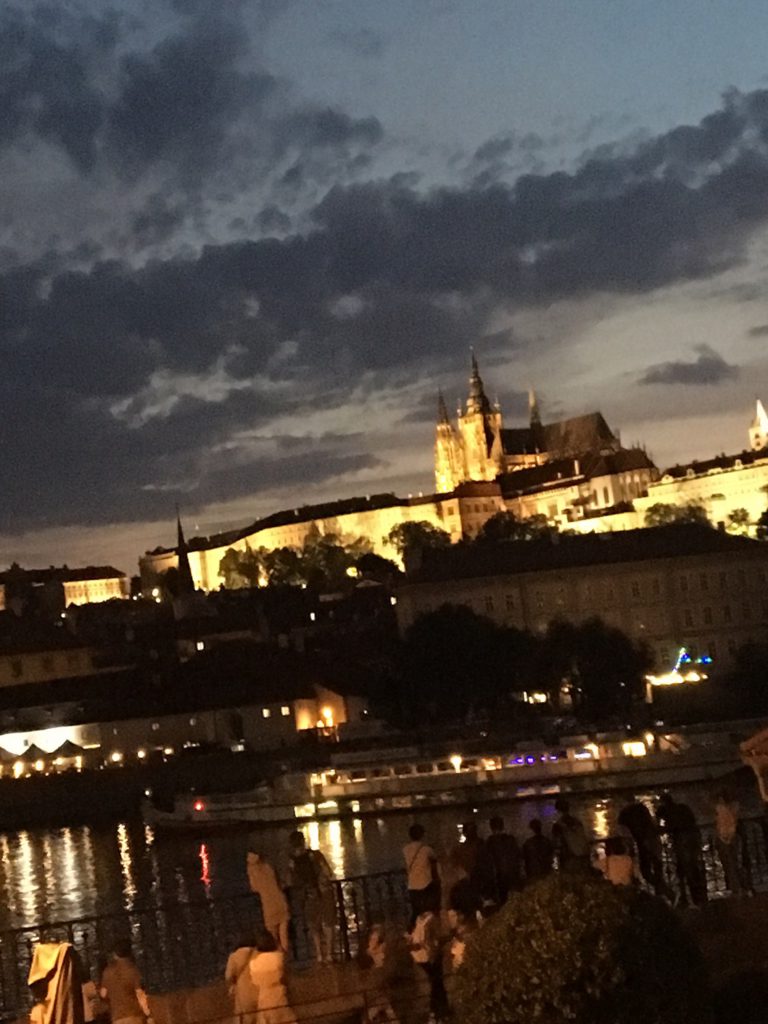 One night we enjoyed dinner and sunset on the terrace of the Italian Cotto restaurant with plenty of vegetarian options for our kids—from Buffalo mozzarella to asparagus salad and pastas. I opted for the signature sea bass baked in herb with a sea salt crust with roasted baby calamari, followed by a pineapple spring roll with peanut ice cream and vanilla sauce.

Breakfast was a treat as well—a fantastic array of cheeses, smoked fish, fruit, yogurt, an array of Czech pastries (poppy seed and plum perhaps)  breads and then perfectly prepared  omelets, waffles and more. 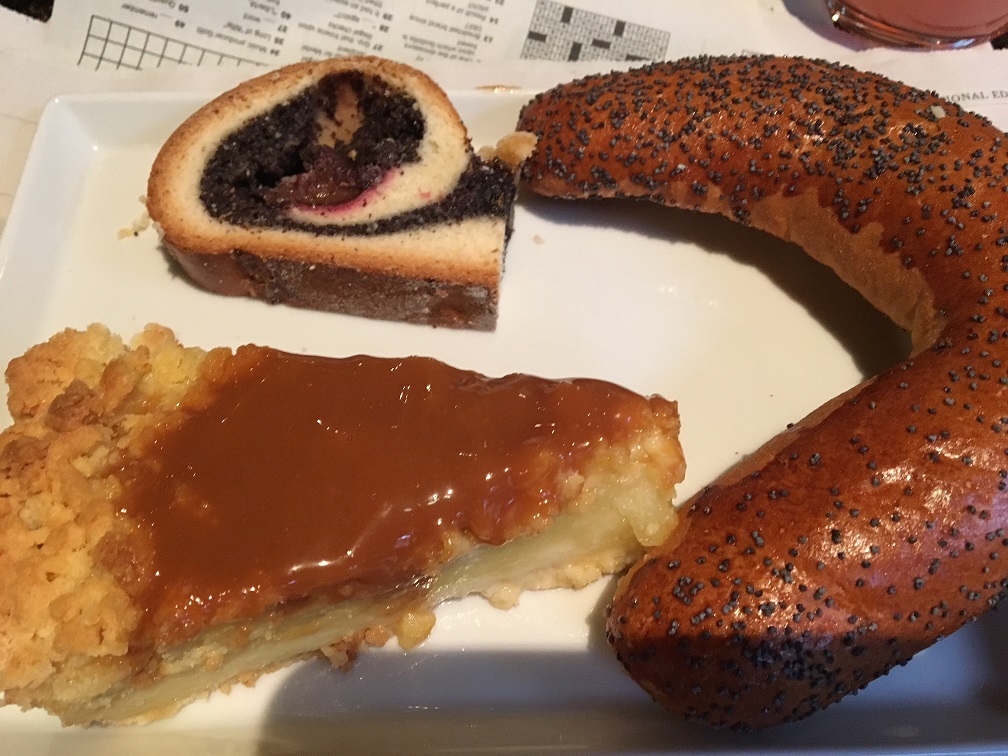 We also discovered, after breakfast, that it’s not necessary to be in lock step in a city that offers so much variety in Prague. While my husband and I opted for Jewish history, my daughter and son in law, after a visit to the famous Jewish Cemetery dating back hundreds of years, chose to take in a Salvatore Dali exhibit at Gallery of Art Prague.  That afternoon, when my husband, nursing a head cold, returned to the hotel for a nap, the three of us met up for Eating Prague Tours excellent beer tour.  Followed by dinner together.

“A great day!” we agreed as we gathered at the Four Seasons for drinks before dinner.