In Hokkaido: navigating on our own is not that difficult 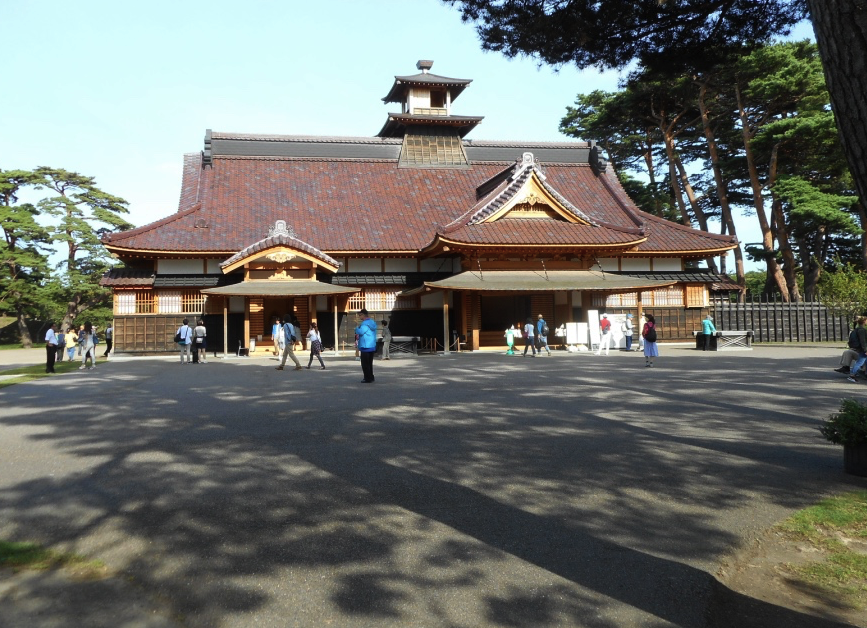 HAKODATA, HOKKAIDO, JAPAN — The giggling Japanese teens, dressed in school uniforms of white sailor shirts and navy skirts, were anxious to practice their English. They greeted us as we got off a shuttle from the Diamond Princess in the town of Hakodate, handing us rice cookies and asking in halting English where we would like to go.

“What do you like to do for fun?” we asked them. Finally, they understood. “Lucky Pierrot!” they declared. It turns out Lucky Pierrot is a burger and ice cream place. I guess teens are the same everywhere.

So are younger kids. Dilini Desilva, cruising with her family from Sidney, Australia, said her eight and 11 year old daughters had begged to stay on board and hang out in the kids’ club rather than walking around Hakodate with their parents. “They are much happier on board,” said Desilva,” adding that more nights than not, the girls have preferred the kids’ club to dinner with mom and dad. “This is our first cruise and it’s marvelous,” she said.

Marcee and Ken Kleinman, from Los Angeles, have cruised more than a dozen times with their three kids who now are 16, 20 and 22 and find it is a vacation that suits everyone. “We can relax and they can do stuff,” Marcee said, adding that her 16 year-old is having an absolute blast, making friends from around the world. She said they had a wonderful day opting for a tour in Japanese to the Onuma Quasi-National Park, considered one of the most beautiful in Japan. (We’ve learned there seem to be more tours for the Japanese cruisers to outdoor sites.)

The ship staff had warned that navigating on your own in Japan is different than elsewhere. Very few locals speak English and signs are only in Japanese. I understand now why in the U.S. Japanese tourists always move in a group with a guide. It can be daunting finding your way around here. But, the Japanese are so kind and willing to help. As long as we had a map or a picture to show of where we wanted to go, they pointed us in the right direction and the tram conductor was a lot more patient as we tried to count out the fare than in other countries I’ve visited.

Hakodate is one of the island of Hokkaido’s most frequently visited tourist destinations. The nighttime view from the top of Mt. Hakodate is famous around the world. This is also the place that was Japan’s first international trading port when Japan opened its doors to the west in 1859. We also learned at a visit to the Goryokaku Fort that this is where the U.S. warship arrived at a Japanese port in 1853, leading to a revolution that ended two centuries of isolationist Shojun/Samurai domination of Japan and the restoration of the imperial Meiji rule. Today, the fort is a beautiful park with 1600 cherry trees, a museum and tower. We saw lots of Japanese school groups on field trips as this is an important historic site.

We started the day at Hakodate’s famous morning market with some 400 stalls selling all varieties of seafood—squid, crab, salmon, salmon roe, tuna, giant clams and all varieties of dried fish such that I had no idea what I was looking at. There was seaweed and melon, grilled corn, salmon jerky, jelly candies…display after display and absolutely no one spoke English. How about squid, herring roe and kelp—apparently a local delicacy? I liked the samples, though most of the time I didn’t know what I was tasting. There were tiny sushi restaurants all around with plastic plates of food showing what they offered.

We wandered to the Red Brick Warehouses where foreign settlements and shipyards were once located. Today, the warehouses are shops selling everything from chocolate to chopsticks and the Hakodate Beer Hall where we find locals as well as fellow cruise passengers.

How about a local Hakodate brew?