In London for the holidays: Paddington Bear returns to wow kids or all ages 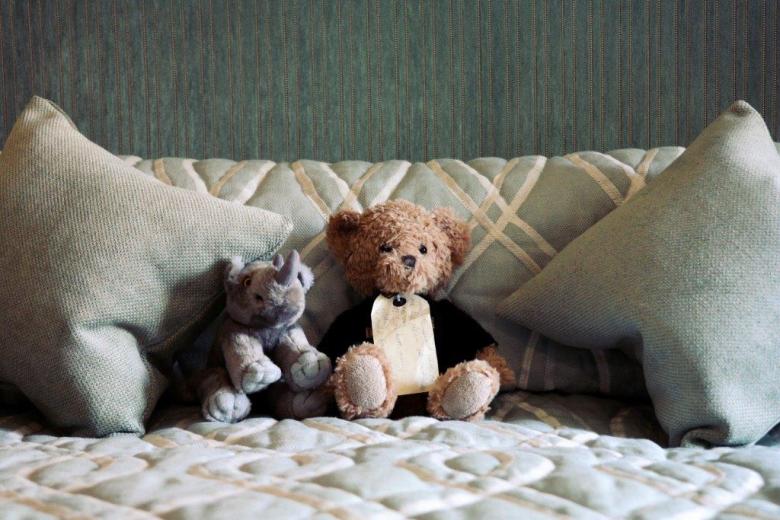 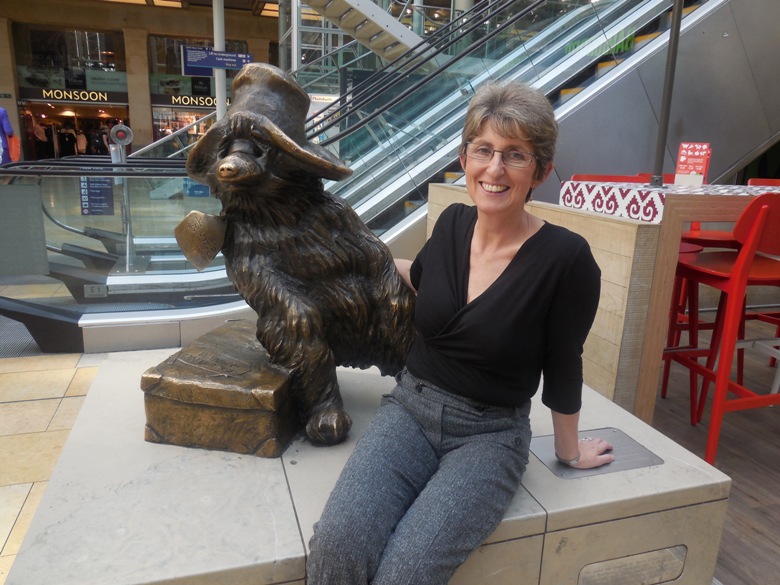 BBC cameraman Michael Bond was doing some last-minute Christmas shopping in London at Selfridges when he spied a lone stuffed bear on the shelf. He never thought that little bear would change his life, or inspire millions of children around the world.

Bond named the bear Paddington, after the train station near his home, and gave it to his wife Brenda as a gift. He couldn’t imagine the bear spending the holidays alone, he told her. The young couple didn’t yet have kids.

A few weeks later, Bond, an aspiring writer, penned the tale of Paddington Bear, who had arrived at Paddington Station as a stowaway from “darkest Peru” (changed from Africa when his agent reminded him there were no bears in Africa) and was taken home by the Brown family to live near Portobello Road.

That was in 1957. By 1958, Paddington Bear was not only a hit, but in Britain, Bond’s book was named the best children’s novel of 1958. Since then, the Paddington books and stories have sold 35 million copies and have been translated into 40 languages, according to Karen Jankel, Michael Bond’s daughter and the managing director of Paddington and Company. She was born the same year the first Paddington book was published and grew up with Paddington — sometimes, she laughs, sitting with him at the dinner table.

We were, in fact, chatting at Paddington Station near the bear’s statue. Upstairs, is London’s only shop devoted to all things Paddington. In addition, 50 life-sized Paddington Bear statues designed by artists, designers, athletes and celebrities will be placed all around London at museums, parks, shops and landmarks just as the movie “Paddington,” produced by David Heyman, who made the Harry Potter films, gets ready to open in the UK in November and in the U.S. in December, showcasing many of the locales that feature in the Paddington stories.

Pint-sized visitors to London and their parents and grandparents will be able to follow Paddington’s footsteps to his favorite places along The Paddington Trail, seeing the Paddington statues and getting a different perspective on London’s most famous sites. All of the statues will be auctioned to raise money for charity, most notably the National Society for the Prevention of Cruelty to Children, focused on protecting children.

If you are lucky enough to be visiting London, download the trail map and learn more about the stories behind each location; Share your pictures — with your bear, of course. (There’s one who still lives in my older daughter’s bedroom, bought on a long ago trip to London.)

There’s even going to be a Paddington exhibit at the wonderful Museum of London, which is also opening a huge Sherlock Holmes exhibit this month.

You shouldn’t be surprised that London ranks high on Cheapflights Top 10 Teddy Bear Destinations Around the World, nor that London attracts a large number of American families, including growing numbers of multigenerational groups. (Read my London trip diaries about my recent visit.)

There are few language issues (once you figure out loo means bathroom and chips mean fries), wonderful kid-friendly theater, restaurants and museum exhibits (Even Buckingham Palace has an interactive family center with activities that can be downloaded. Ready to make your own coat of arms?)

Paddington Bear is ready for young guests at the Draycott Hotel

London hotels are getting on the Paddington bandwagon with special packages like at the Draycott Hotel, which includes a Paddington Bear, book and afternoon tea in its family package. (The Athenaeum Hotel’s Paddington Package includes a stay in the hotel’s one-bedroom apartments, a special Paddington tea and more. Stop in at the Lancaster London for a hot drink and complimentary Paddington Bear “Elevenses,” homemade apricot cake with a serving of homemade orange and apple marmalade. Paddington famously loves marmalade.

October and November are good months to snare a London hotel deal, according to Hotwire. There won’t be the huge crowds you’d find in summer. (Tip: Book a flight and hotel together to save even more.) Another plus: Like in Washington, D.C., many of the top museums are free.

Let Paddington — and your kids — guide you around London with “Paddington’s Guide to London,” a great bet for families visiting London, offers “a bear’s-eye view” of his favorite sites from Paddington Station where he arrived as a stowaway from “deepest, darkest Peru,” with a tag around his neck reading “Please Look After This Bear. Thank You.”

“There were so many people rushing to and fro I didn’t know which way to go, so I sat on my suitcase outside the Lost Property Office and waited for something to happen, which it did, of course,” Paddington explains. “I was befriended by a lovely family called the Browns, who took me home to live with them and their two children, Jonathan and Judy, not to mention their housekeeper, Mrs. Bird.”

“The success of the Paddington stories was a total surprise,” said Jankel, herself the mom of grown children. Her parents are now in their late 80s and divorced, but happily share custody of the original Paddington, she said.

Paddington’s duffel coat and hat, Jankel said, came about because her dad wore them. Paddington wore the identification tag around his neck because that’s what children evacuated from London during World War II wore.

Michael Bond, now 88, is still writing about Paddington — “Love from Paddington” will be published in the fall.

“To me,” Jankel said, “Paddington has always been a real person, so real that if he walked into the room I wouldn’t have been surprised.”

As for the original Paddington rescued from the department store, he is well and happy, but never exhibited to the public. “That would be like putting a member of your family in a glass case,” she said. He stays home, “well-loved and well-worn.”