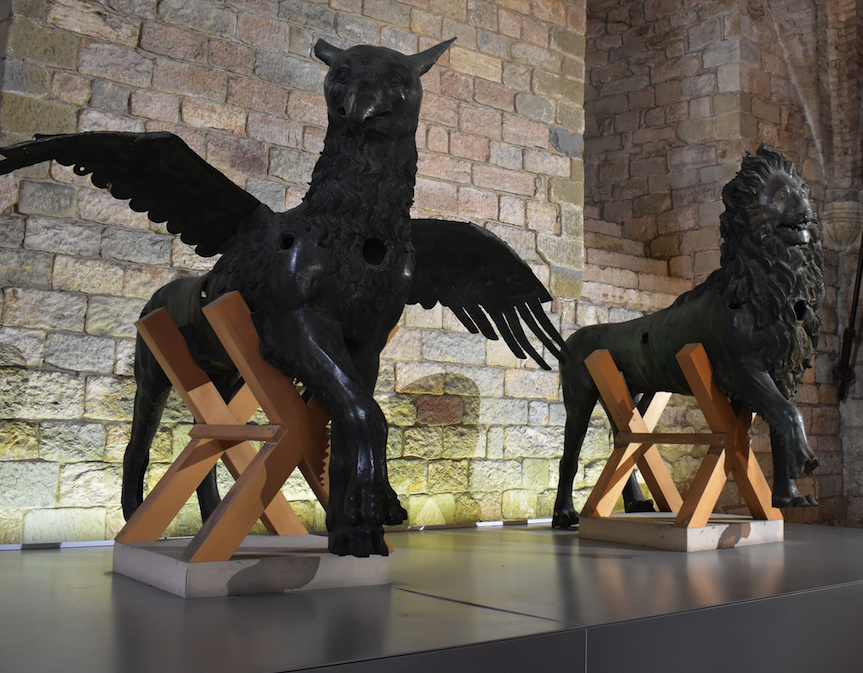 We are in Perugia, the capital of Umbria, which incidentally is the only Italian region that borders neither the sea or another country. It is famous for its university, its historic center dating back to Medieval times, and chocolate.  You can visit the Perugia House of Chocolate factory and museum, take a chocolate lesson there or at an artisanal chocolate maker like Turan.

The mythical Griffin and Lion, symbols of Perugia

“Perugia is an authentic Italian city—not crowded with tourists but full of art,” says our guide Paulo Sperini, from GuideinUmbria.com, a small tour company dedicated to this region. In a city of 200,000 people, there are some 25,000 students, including a contingent of Americans on student abroad programs with the Umbra Institute.  Check out the wonderful OrtoSole garden run by a non-profit in the historical center that developed a sustainable agricultural initiative in what once was an eyesore and the purview of drug dealers.

Our first stop: The Rocca Paolina. In the 16thCentury, Sperini explains, the local aristocracy here refused to pay the Pope’s latest tax on salt (sound familiar?). The Pope retaliated by sending 8,000 soldiers, knocking down the towers—there were 45, the wealthiest inhabitants building the highest towers. To add insult to injury, the pope built his castle on the foundation of the noble families’ homes, leaving an underground complex of streets and buildings. One of the oldest arches in Europe is here, dating back to 50 BC. 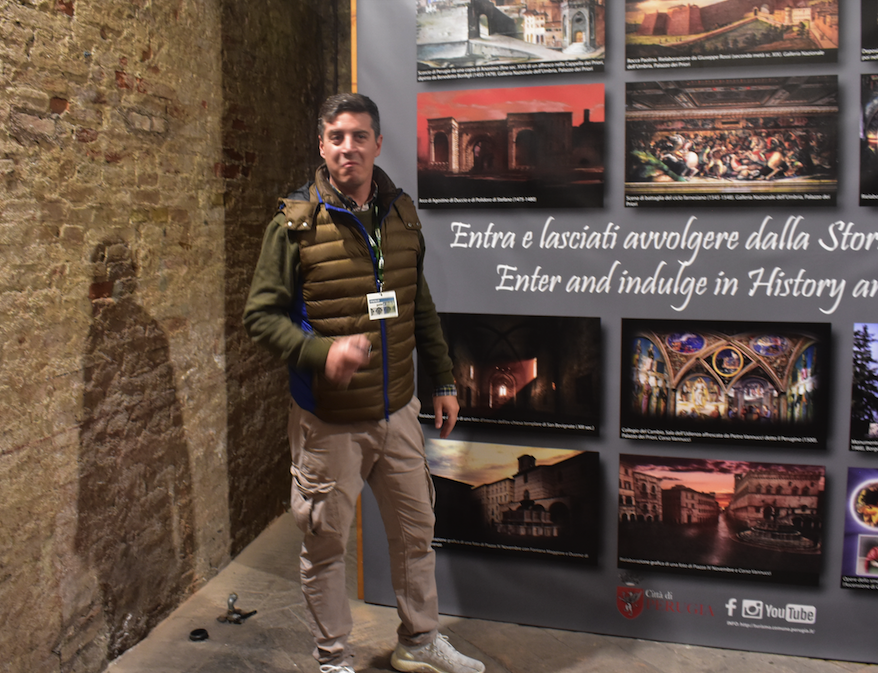 Our guide in Perugia Paolo Sperini

The Castle, said Sperini, “was designed to control those in Perugia, not protect them.”

In the 13thCentury, Popes came to stay here because they believed it would be healthier than Rome in the summer as the city is on a hill. But in one century, five popes were poisoned and died.

As for the castle, the people got their revenge in 1861, after the city became part of the newly united Italy. The first thing they did was knock down the hated castle. 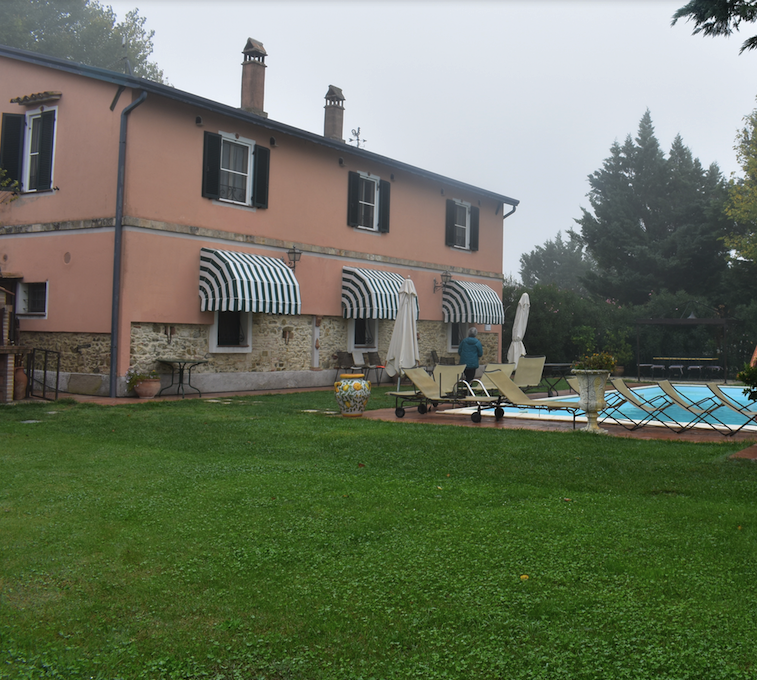 The farmhouse near Cannara

Like many who visit Umbria, we are staying in the countryside—in a farmhouse near the small town of Cannara that is owned by Suzy and Bill Menard, who also own a shop in Washington DC called Via Umbria. Here, families can gather—there are eight bedrooms in two buildings—and Suzy Menard also hosts cooking and food tours.  She will arrange special tours–be it of a winery, textile mill, surrounding towns like Assisi , Spello, Trevi and smaller ones that are tiny preserved medieval cities like Bevagna. You can do as much or as little as you like.

In her comprehensive book for guests, there are suggestions for rainy days, (paint with a ceramicist in nearby Duruta; wander through the National Gallery in Perugia, go to Montefalco, home to the region’s Sagrantino grape, or perhaps visit a butcher in Norcia where you can also buy cheeses. (The house manager Marco Palermi will arrange whatever you need.)

In the summer, be forewarned it will be difficult to get the kids to leave. “They love the pool,” said Teddy Menard, one of the four Menard siblings, now 24, who has spent summers and school breaks here and now is working. There are bikes and long traffic-free bike paths, a soccer field, and a 10-minute walk into town for Gelato and pizza. “I’ve always liked the people here,” said Teddy Menard, staying and working here now with two college friends. “And it is nice to eat well.” 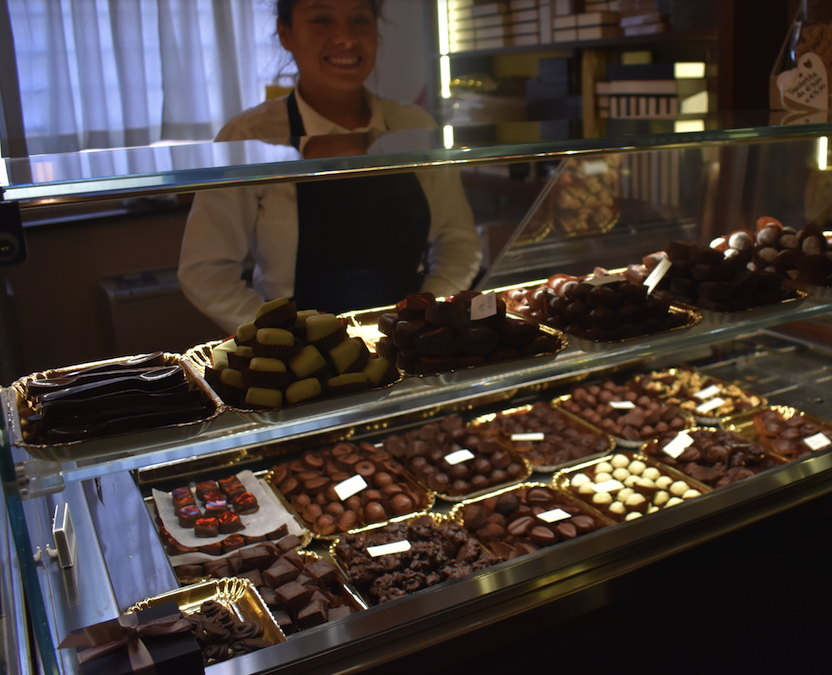 Chocolates for sale in Perugia

That’s certainly not difficult in Umbria where many osterias and trattorias, not to mention vineyards, are owned by generations of the same family. There are truffles (go truffle hunting in the woods in season!), plenty of sheep, cows and goats milk cheeses, salamis and local wines. “Food is a big part of the Umbrian experience,” says Sperini, noting that visits here are typically 30-40 percent less than in Tuscany.

The farm house, by the way, has a garden and guests are invited to pick what is in season—Teddy and his friends had made a squash soup and salad for lunch; we pick eggplant and a sweet pepper to add to the pasta we are preparing for dinner. 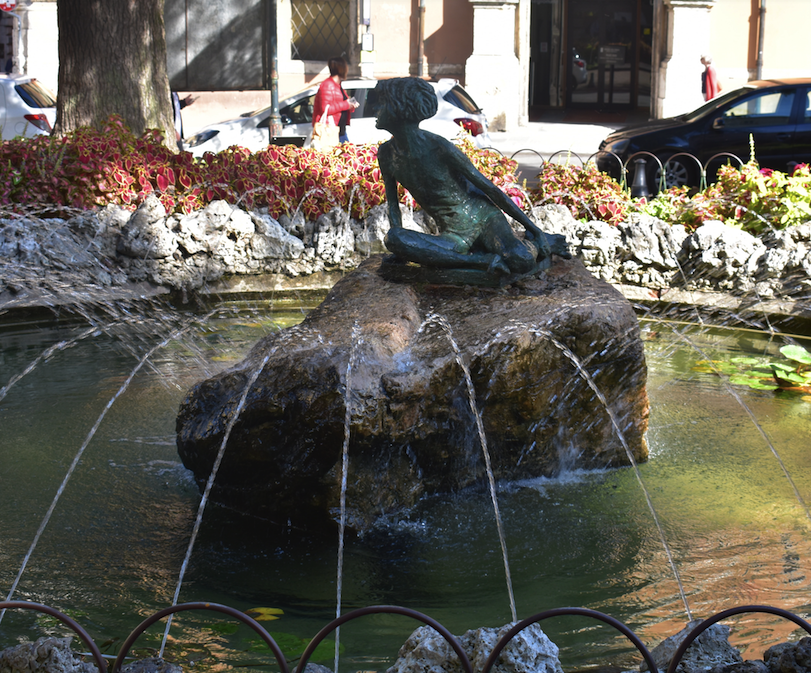 In Perugia, Sperini steers us to the Osteria Feroria, tucked away in one of the narrow, cobblestoned streets that is known for its dedication to only serving  dishes from local purveyors whether cheese, Umbrian flat bread (Torta al Testo), Lake Trasimeno beans with fresh vegetables, an egg frittata with Cannara onions, chicken and veal pates served with sheep’s milk cheese, free range pork salami, house made pasta with seasonal black truffles and rabbit cooked with olives.

The restaurant hosts a variety of patrons, from 24 tourists at one table to an Italian couple with a adorable four-month-old baby named Adriano who drove two hours from Sienna to eat here because it their favorite restaurant in the region.

We toast our perfect vacation day. Thanks, Suzy—and Paolo.