Innovation on display at Seattle Museum 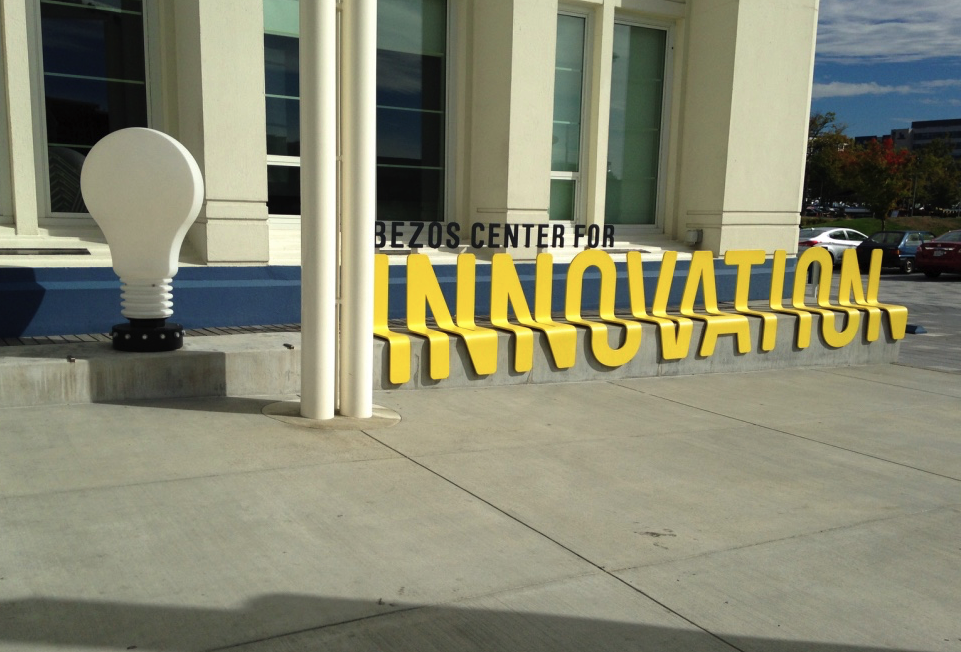 SEATTLE, WA — Seattle has a tradition of nurturing idea people and innovators. Could your kids be future innovators?

The Museum of History & Industry certainly hopes to nurture that spark, says Leonard Garfield, the executive director, as he showed me around the Bezos Center for Innovation at the museum in South Lake Union in what is a restored armory building. Jeff Bezos, founder of Amazon.com, donated $10 million for the Center.

The Museum is a great place to start any visit to Seattle as it collects and preserves nearly four million artifacts, documents and archived materials from throughout the Puget Sound Region—from Boeing’s first mail plane to the popular pink “toe truck” with a giant toe on the roof, to a model of the first saw mill. Throughout are interactive displays designed to enhance the experience for kids and adults alike and help them to see, Garfield said, that Seattle has had a spirit of innovation from the very first when the Native Americans and traders developed the Chinook language so that they could communicate. (Check out the Chinook word of the day and computer game –the correct pronunciation of the word means you can move the canoe up the river!

There are oral histories—including those that are read from original documents and others from a not proud time in Seattle history when Japanese Americans were interned during World War II. There’s an interactive map where you can look up your neighborhood and add a comment about what makes it great. One exhibit here until the spring is based on the development of Hip Hop music.

Kids and adults alike may not know how many things we take for granted were invented in Seattle:

Down Jackets (because Eddie Bauer nearly froze on a fishing trip)

Cranium (the board game)

Seattle holds the most patents per capita of any American city and there is an exhibit where you can explore some of them.

“We want kids to add their innovations,” Garfield said. Kids and adults are invited to pen what innovation is most needed.

Where do you find ideas?

“In my room listening to music,” one said.

But the Center hopes to show children—and with video talks from famous and not so famous innovators—that innovation takes a lot of trial and error and a lot of people with different skills all working together to solve a problem. There is an example of a portable thermos designed to keep vaccines cold in very remote areas where there is no electricity to run refrigeration units. The Gates Foundation realized it would do no good to get vaccines to these remote areas if they couldn’t keep them cold. Researchers in Seattle solved that problem.

Garfield adds that the 35,000 plus students who visit each year and their teachers need to appreciate that the right answer is not always the best answer—that it is OK to fail to come up with THE NEXT BEST THING.

One interactive area asks if video games are a good thing:

“The best thing humankind every made,” one visitor said.

“But don’t do them too much… it’s not good for your brain,” wrote Ariana.

Of course there is an exhibit based on Microsoft. But isn’t that old school?

“Microsoft is history to Seattle kids,” said Garfield, noting that founders Bill Gates and Paul Allen were Seattle teens when they started getting their ideas. “The point is what are kids today going to do tomorrow.”