Jake and Tobey go on a Safari in Style in Tanzania 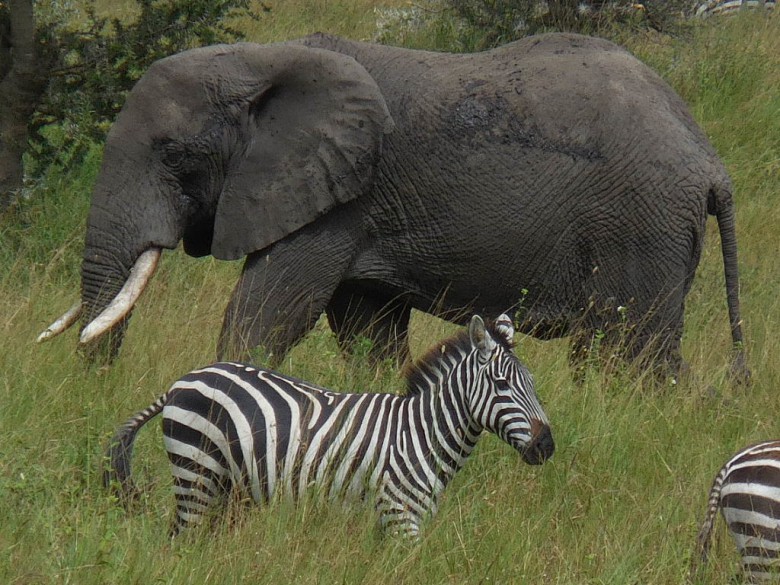 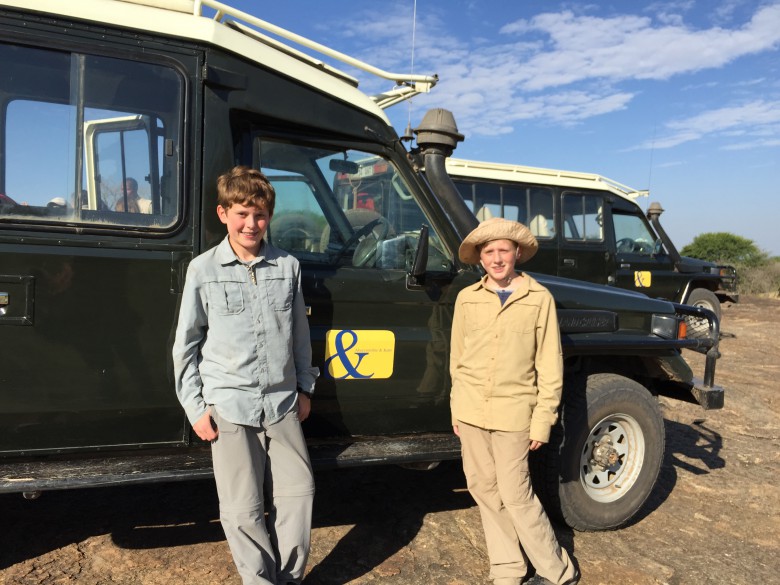 Tobey and Jake on Safari

This June we went on a “Safari In Style” tour of Tanzania with the tour operator Abercrombie & Kent. (Our mom does A&K’s public relations, so we got to choose a really cool trip). It was a seven-day trip that visited the country’s three major national parks: Tarangire, the Ngorongoro Crater and our favorite, the Serengeti. We had already visited Europe and South America on previous trips and we live in North America, and we were very excited to visit yet another continent. We had heard great things about Africa and watched a few PBS specials about it, but nothing prepared us for what we saw and experienced in this amazing place.

Our safari group consisted of 12 people. In addition to our family from Connecticut there was another family of four from Atlanta, a family of three from Tennessee, and a single woman from New York City. It was a varied group: three nationalities (British, Indian, and American) aged from 12 to 65.

We drove around Tanzania in two open-topped Land Cruisers. Our family and our new friend Amanda traveled in one with our guide Philip and our driver Kim. The other two families traveled in the other Land Cruiser with a driver named Gordon. We had the choice to switch around but we enjoyed the groups we were in and stayed together. Nobody missed a sighting. When one driver saw something rare or interesting he radioed the other driver to let him know. The whole experience was the best it could be and every member of the group enjoyed it a lot.

What Tobey and Jake saw on safari

In each park we stayed in a different Sanctuary Camp for two nights. Our first stop was Sanctuary Swala in Tarangire National Park. We then moved on to the Sanctuary Mobile Tented Camp on the rim of the Ngorongoro Crater. Our final stay was at Sanctuary Kusini Camp in the Southern Serengeti.

Each lodge was very unique. Swala was the most remote camp and we saw many animals in and around the property. The Mobile Camp had no fixed buildings and could be broken down and moved whenever needed. Kusini was very different from the other two, because of its stunning setting amid the grasslands of the Serengeti (that’s where the park gets its name) and huge boulder piles known as kopjes.

In the Mobile Camp, we spent most of our time outside around the campfire and in the tented dining room with an open side that looked out over a thick forest of flat-topped acacia trees. At Swala and Kusini, “permanent” camps with walled rooms, we spent more time indoors.

In all three camps we were not allowed to walk around on our own after dark. We had to be escorted to our tent by an Ascari, a Masai warrior armed with a spear and a flashlight, because of the wild animals walking freely around the property. Each day, after breakfast, we climbed into the Land Cruisers and set off to explore the surrounding landscapes in search of cool animal sightings. We were never disappointed.

On the plane to Tanzania we were hoping we would see one of each famous animal. So we were blown away when we saw huge herds of elephants, zebras, Cape buffalo and wildebeest. In the Serengeti alone we saw over twenty-five lions, including a mother lion playing with the four cutest cubs you could ever see. It is not on any safari that you could see a beautiful leopard posing in a tree or four cheetahs sunbathing on a termite mound. Apart from the big five (the elephant, Cape buffalo, lion, leopard, rhino), we witnessed hyenas, monkeys, baboons, ostriches, flamingos, brown snake eagles and secretary birds. In a single pond in the crater there must have been 100 hippos wallowing happily in the mud.

Thanks Abercrombie & Kent for our best vacation ever. We will never forget the incredible animals we saw and the wonderful people we met along the way. Thanks too, to mom and dad, for taking us.

For more information go to: