Japanese hot tubs and amenities on the Diamond Princess 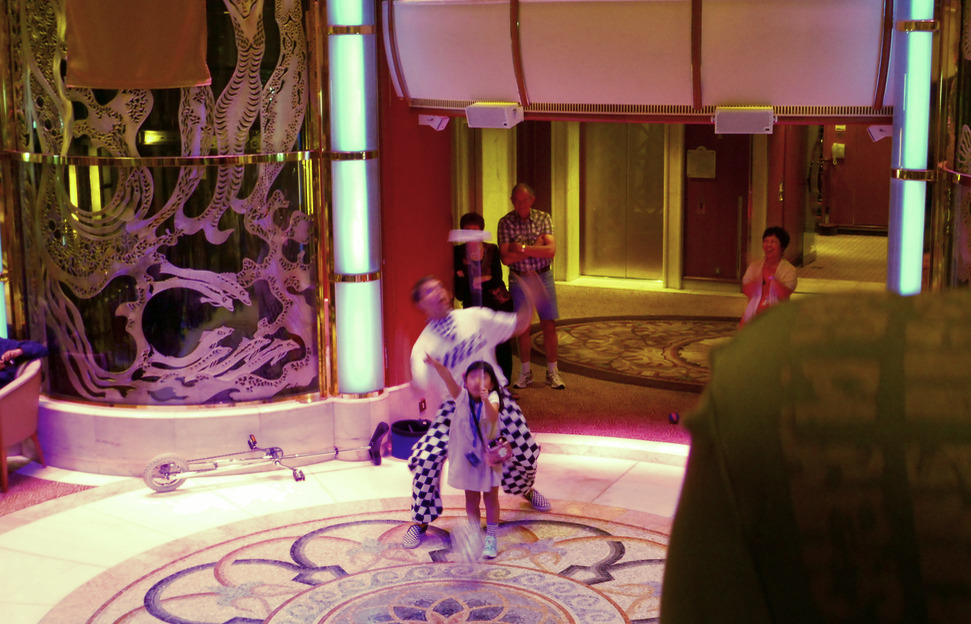 AT SEA ABOARD THE DIAMOND PRINCESS BETWEEN JAPAN AND RUSSIA — I’m sitting in a Jacuzzi looking out at the ocean.

No, I’m not at a beachfront resort. I’m at sea in northern Japan at the Izumi Japanese Bath aboard the Diamond Princess.

Onsen, as Japanese baths are known, are of course a big part of the culture here —there are thousands of them in the mountains where Japanese go for some R&R, soaking naked in thermal springs.

The on board Izumi Japanese Bath features indoor and outdoor bathing experiences ($15 for 90 minute visit), including misted steam room, sauna, Jacuzzi and hot tubs, some open to the sky. Men and women have separate facilities except for one outdoor hot tub where suits are required—otherwise, they aren’t permitted.

The Japanese baths are just one way that Princess has adapted to Japanese culture, suggests cruise director Warren Smith. Forty per cent of the passengers are Japanese and this is a good opportunity for adults and kids alike to get a glimpse of Japanese life on board as well as in the ports, from the baths to the restaurants to the opening of the sake barrel (for safe sailing), the entertainment (Japanese story telling and dance, for example) and the chance to try on traditional Japanese attire. Everything is done in Japanese and English, which is why the safety drill took twice as long.

Fifty some westerners show up for a Japanese language lesson where we learn to ask if there is a discount, how much something costs, and of course thank you very much.

“A lot of people who come here to cruise are doing it for the cultural experience,” Smith says, noting there are 39 nationalities on board, including 511 Americans. The 1,100 crew come from 44 countries and over 200 of them speak Japanese.

Nearly half the passengers have cruised Princess before, some as many as 20 times. Some Japanese passengers, Smith said, return twice in one season.

Expect to see more dancing, smaller food portions and Hawaiian music (the Japanese love Hawaii). You might see Asian street food in the buffet (think chicken on skewers). There is a resident magician on board and Japanese-speaking youth staff. This morning a juggler was highly entertaining passengers in the main atrium area.

“Don’t expect the same cruise experience you are going to get out of Miami,” Smith says. “It’s a whole new world.”