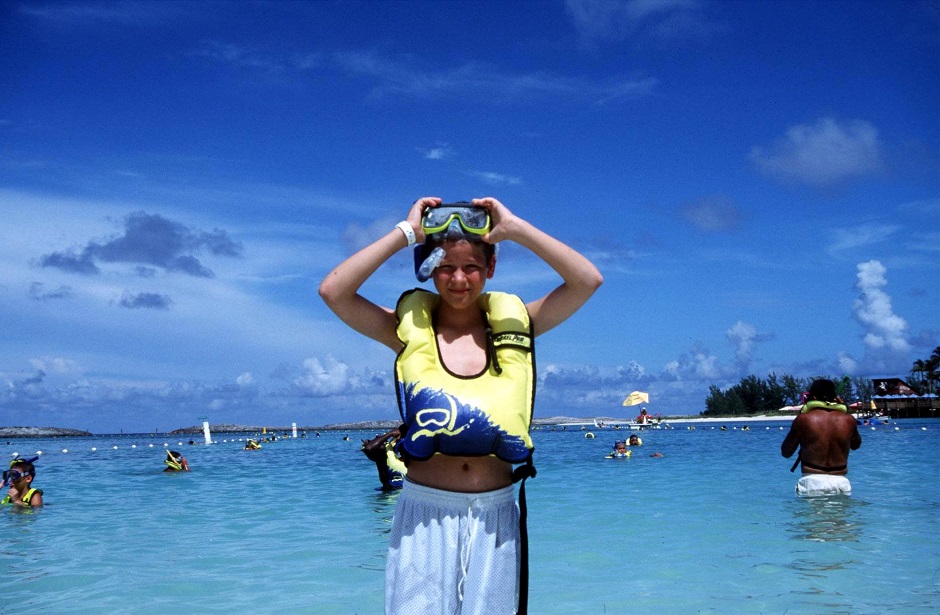 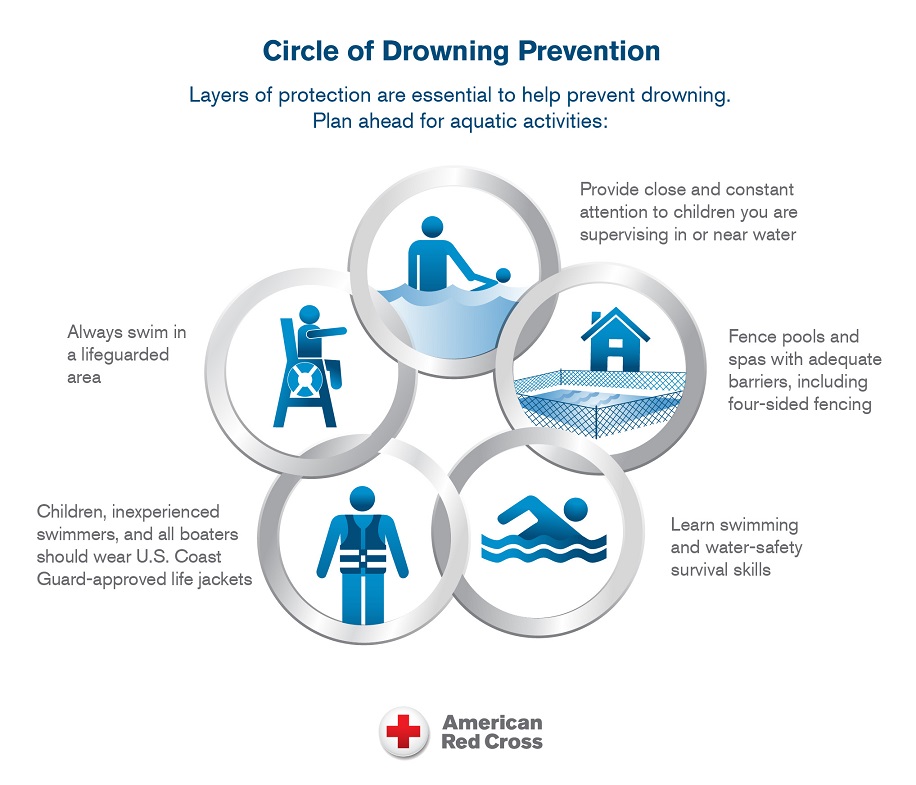 The first layer of protection is constant adult supervision, part of The Circle of Drowning Prevention, according to the American Red Cross

The pool is packed. Everyone is having fun, but who is watching the kids?

You should be no farther than an arm’s length away, says B.J. Fisher, the health and safety director for the American Lifeguard Association, which trains lifeguards around the world.

It’s easy — far too easy — to lose track of kids in a crowded pool, especially on a big cruise ship. Drownings, Fisher said, happen silently in a matter of seconds and, according to federal research, remains the second-leading cause of unintentional injury death for kids under 14. Nearly 700 children, 14 and younger, drowned in 2015, according to the Centers for Disease Control and Prevention data from 2015, and for every child who dies from drowning another five receive ER care. More than half require further care and some are left with severe brain damage and lifelong disabilities.

Knowing how to swim does not protect anyone from drowning, the American Red Cross notes.

Spring break is one of the most popular times of the year for family vacations, especially on cruise ships, which may have as many as 1,000 kids on board. Those who traveled with children are more likely to have taken a cruise vacation and are more interested in taking a cruise vacation during the next 12 months than travelers without kids, according to research presented by Steve Cohen, MMGY vice president, research and insights, at the TMS Family Travel conference I co-chair.

Fisher, like many of us, was glad to hear that Royal Caribbean International now is introducing a water safety program fleet wide in the next four months with lifeguards, Coast Guard-approved life jackets, water safety signage and what I believe is a first — water safety programming in its organized Adventure Ocean kids and teens program. The goal is “to raise awareness amongst our guests about the importance of vigilance while enjoying water features on our ships,” the company statement said. At the moment, however, there won’t be lifeguards at the cruise line’s private Caribbean island.

Last summer, an 8-year-old boy drowned on a Royal Caribbean ship as it was sailing out of New York. Disney added life guards and life jackets aboard its ships and at family and adult beaches at their Castaway Cay private island. Earlier that year, a near drowning aboard a Disney ship left a 4-year-old permanently disabled.

But there is no industry-wide standard nor are lifeguards the norm on board ship.

Devin Glines, 12, gets ready to hit the water snorkeling at Disney’s private island, Castaway Cay in the Bahamas

Norwegian Cruise Line stations crewmembers trained in water rescue and lifesaving procedures to monitor the family pools on the line’s largest ships with Aqua Parks and water play areas, but they are not lifeguards, said Norwegian spokesman Vanessa Picariello. Norwegian does have lifeguards at Great Stirrup Cay, its private island in the Bahamas and Harvest Caye in southern Belize.

“The best oversight to prevent any pool-related accident comes from close parental supervision,” which is broadly communicated to passengers, said a statement from Carnival Corporation, which includes 10 brands, including some especially popular with families like Carnival, which carries the most children in the industry (700,000 a year) and touts its water play areas, Princess, just revamping its kids and teen centers and Holland America with new family staterooms aboard the ms Koningsdam.

“Lifeguards aren’t baby sitters,” agreed Fisher. “They are there to enforce the rules and respond in an emergency.” But, he added, drownings typically happen silently — no cries for help — in seconds. Having personnel trained in water personnel immediately at hand can mean the difference between life and death or someone being left with a long term disability.

Now attitudes about whether lifeguards are needed aboard ship are changing, according to Cruise Critic, the leading cruise information site with 5.5 million visitors a year. According to a Cruise Critic poll, 34 percent of cruisers now think cruise ships should have lifeguards. That’s a 10 percent increase over the past four years, says Colleen McDaniel, senior executive editor. “Cruise lines have generally followed the same ‘swim at your own risk’ policy that many pools at hotels and resorts do, but we’re hearing a number of cruisers praise Royal Caribbean’s decision to introduce lifeguards, as it offers an extra layer of protection,” she said.

The first layer of protection, of course, is constant adult supervision, part of The Circle of Drowning Prevention, according to the American Red Cross, that includes teaching kids to swim and insisting that inexperienced young swimmers wear U.S. Coast Guard-approved life jackets.

Royal Caribbean hopes to get that message across in its new program. “…You’ll look so cool at the pool when wearing a safe and stylish vest,” some of Royal Caribbean’s new signs proclaim.

The experts stress that whenever you are at the pool or beach with kids, one of the adults needs to put down their phone, their drink, their tablet and keep their eyes trained on the kids. Don’t turn around to talk to someone or grab a towel (that was the cause of one cruise line near drowning.) Let each adult take 20 minutes!

When should kids learn how to swim? First expose very young children to water in a fun and safe way, suggests the American Red Cross — like parent-baby classes. The Red Cross Preschool Aquatics courses are specifically designed to meet the developmental needs of young children about 4 and 5 years old. The Learn-to-Swim program is intended for those 6 years and older (Visit redcross.org/takeaclass for programs in your area and download the free American Red Cross Swim App with kid-friendly games, videos and quizzes.

It doesn’t hurt to play the “what if” game with the kids before the trip:

— What if you start to panic in water that’s too deep? “Think, so you don’t sink,” the Red Cross teaches kids. Roll over on their back, shout for help and make their way back to the pool exit or shore.

— What if you see someone in trouble in the water? “Reach or throw, don’t go,” the American Red Cross says. Use the reaching or throwing equipment available around the pool, to help the person in trouble without putting yourself in danger.