Keeping your children safe around vacation pools and beaches 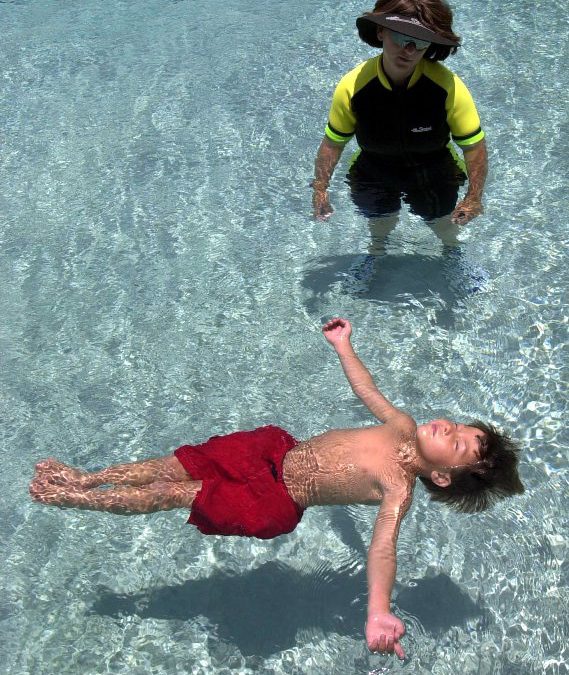 How many times have you said that to your kids on vacation at a pool or a beach while you finish a call, rummage for the sunscreen or turn around to grab a beach towel.

Most times, thankfully, that minute means nothing. But for some a few seconds of inattention around water can mean the difference between life and death. As many of us head off to warm climes and cruise ships on spring break, it’s especially important to be mindful of water safety, particularly if young kids are along for the trip.

Just this past month, a 4-year-old boy drowned aboard the Norwegian Breakaway and his 6-year-old brother was seriously injured. That case is being investigated by the FBI. Last fall, a Florida 6-year-old drowned aboard a Carnival cruise ship — just a few months after a Minnesota 4-year-old was left brain damaged after a near drowning aboard a Disney ship.

Where were the lifeguards? You might be surprised to learn that on cruise ships — even those that typically carry 1,000 kids (or more) at a time— there most likely won’t be lifeguards. That may be true at resorts too.

“Even if there is a lifeguard, parents are the first layer of supervision,” notes Roy Fielding, a member of the American Red Cross Scientific Advisory Council, which oversees water safety initiatives. Parents need to be 100 percent attentive and within arm’s length, “not reading a book or on their phone.”

Fielding advises that kids should be taught to swim as early as possible and that young kids wear Coast Guard-approved life jackets when they’re near water that is over their heads. Inflatable floaties just won’t cut it. (For more American Red Cross water safety tips, visit www.redcross.org/watersafety.)

Be forewarned the next time you check into a resort that laws vary from state to state on whether lifeguards are required. There are no U.S. laws that apply to cruise lines regarding the issue of swimming pools, notes James Walker, the attorney and creator of www.cruiselaw.com. This despite the fact that, according to the Centers for Disease Control and Prevention, death by drowning among children 1 to 4 accounts for more deaths than any other cause except birth defects. Among those 1 through 14, fatal drowning remains the second-leading cause of unintentional injury-related death behind motor vehicle crashes.

In 2010, the last year for which such federal statistics are available, more than a 1,000 children drowned — nearly half were four or younger. Some 5,200 kids 15 and under were sent to the ER each year between 2009 and 2011 for submersion injuries, the vast majority children of children were under 5. The CDC notes that nonfatal drowning injuries can cause severe brain damage that may result in long-term disabilities.

“In my view, cruise ships should have lifeguards for the same reason you would expect lifeguards at a water park,” said B. Chris Brewster, president of the United States Lifesaving Association. “The pool is a primary attraction. Cruise ships are essentially floating amusement parks and they should be providing reasonable protections with respect to the attractions they offer.”

Cruise-ship passengers, however, are divided on the issue, says Colleen McDaniel, managing editor of www.cruisecritic.com. She notes that 47 percent of members polled by Cruise Critic consider onboard lifeguards to be unnecessary, 18 percent think that they should be introduced on ships aimed at families, and 27 percent think they should be present on all ships.

“Families cruising with children should be aware that they are solely responsible for the safe use of the swimming pools, and that kids should be supervised at all times while in the pools, or on the pool deck,” McDaniel said.

Disney Cruise Line now has added lifeguards at all of its family pools and at Castaway Cay, its private island, a spokesman said. Walt Disney World also has made pool hours at its resort family pools consistent with lifeguard hours.

Not so on other cruise lines — at least thus far. Carnival, which carries 700,000 children a year, the most in the industry, has no lifeguards, a spokesman said, noting, “The maximum depth of the pool is 4 feet, six inches and parental supervision is required for children under 13.”

The American Red Cross’ Fielding, notes that children can drown in just a few inches of water.

Princess Cruises doesn’t have lifeguards on board its ships either. Neither does Norwegian Cruise Line. “As with many land-based hotels and resorts with swimming pools, we have highly visible signage to alert guests to the fact that a lifeguard is not on duty,” said Norwegian spokesman AnneMarie Mathews. “At the pools, we also require that children under 12 are accompanied by an adult at all times.”

But there’s supervision — and there’s supervision. “Drowning occurs in silence. Unlike many injuries and other tragedies, a child going under the water happens without noise and can certainly occur without notice,” said Dr. Kyran Quinlan, chairman of the American Academy of Pediatrics Council on Injury. He added, “Until children are excellent swimmers, parents would be wise to serve as their children’s lifeguard in settings like hotel pools or cruise ships…”

To that goal, Safe Kids Worldwide suggests one adult at a time should be the designated “Water Watcher” for a set amount of time — say 15 minutes — so you know someone’s eyes are always on the kids. If it helps, pass a “Water Watcher” card around.

— Teach kids to always ask permission to go near the water; never leave them unattended.

— Avoid distractions when supervising children around the water. Alcohol and water don’t mix.

— Insist that older kids always swim with a buddy.

Last month, on the Norwegian ship, a passenger reportedly began CPR on the 4-year-old boy until help arrived. Unfortunately, it was too late for him and his family.