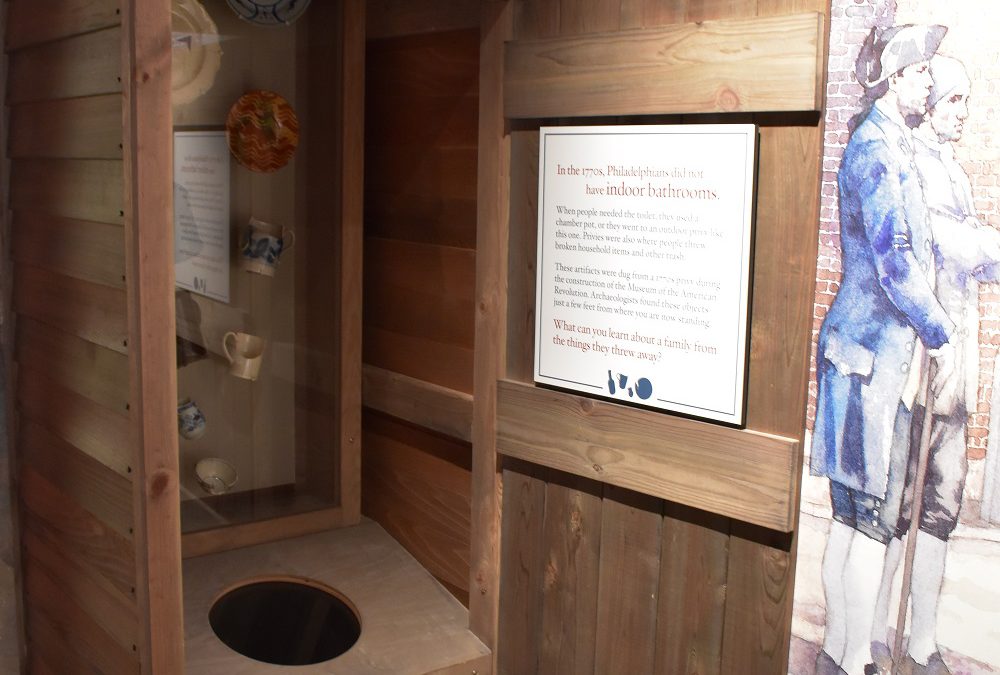 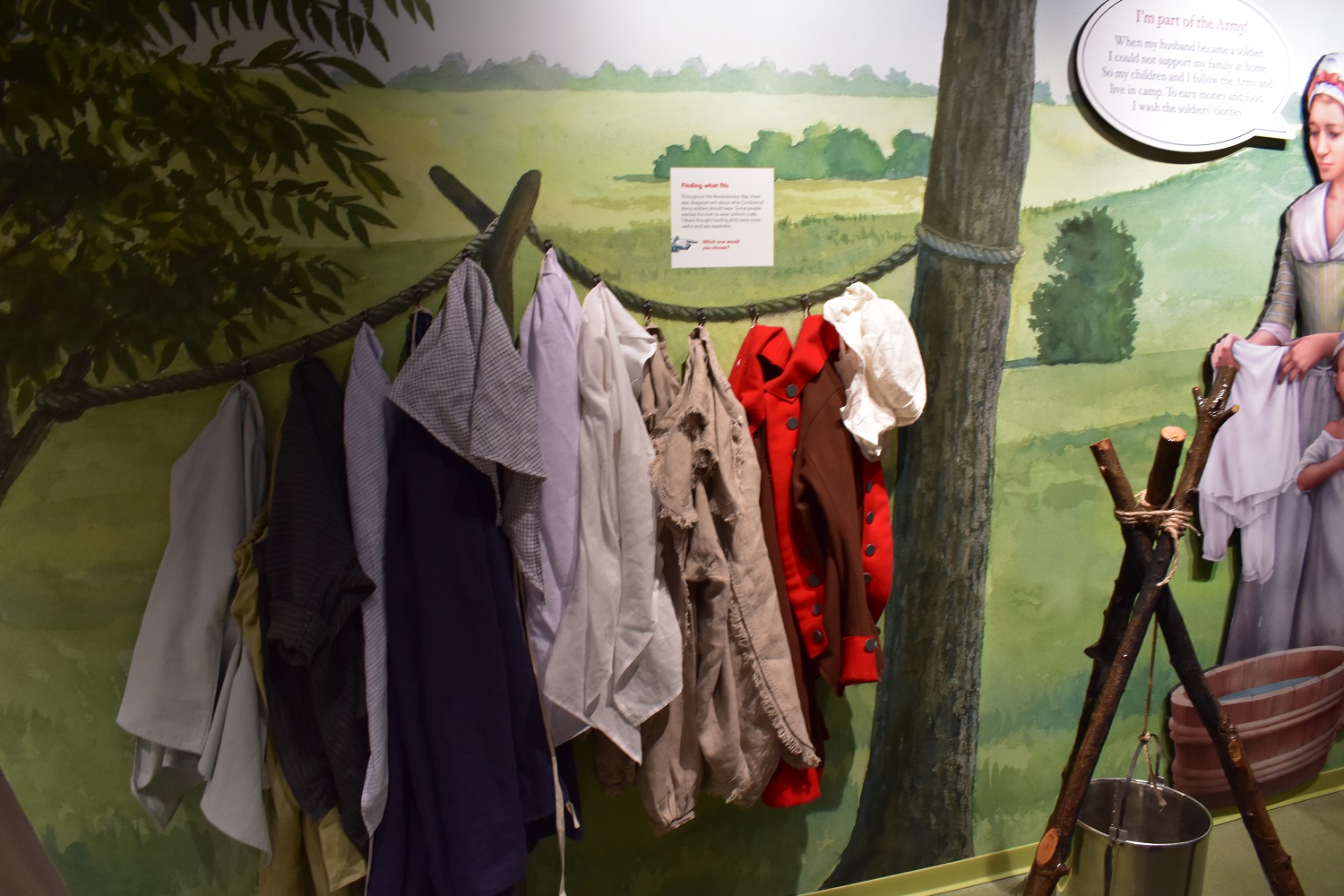 The kids who visit the new Revolution Place, opening June 9, in the year-old Museum of the American Revolution in Philadelphia can do laundry – without water – as well as lay down in a tent Revolutionary soldiers might have used (kind of cramped!). But they can also use 21st Century technology to see who might have lived in the historic neighborhood right around the museum, like the Levy family with 11 children.

During the opening weekend of Revolution Place, the museum will host “Liberation 1778,” a living history event with costumed historical interpreters inside the museum and outside, marking the liberation of Philadelphia after it had been occupied by the British for nine months.

Inside Revolution Place, there are four recreated historical environments—a military encampment, a tavern, a home and an 18th Century meeting house to help grade schoolers and their parents to experience revolutionary history in ways that have meaning for them.

In the “tavern,” they can sit and read the news from recreations of 18th Century NEWSPAPERS, just as those living or visiting Philadelphia might have. 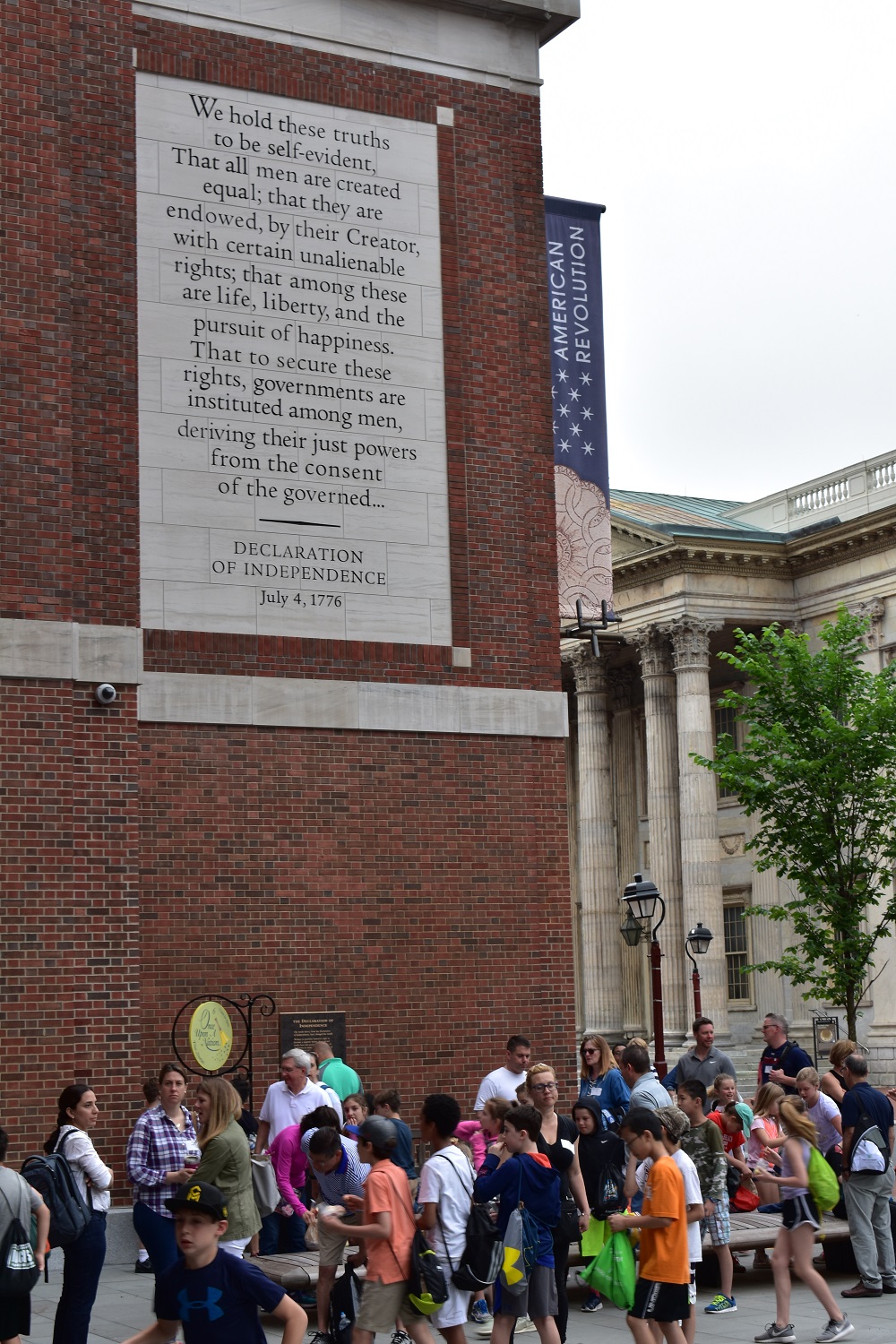 Schoolkids gather outside the Museum of the American Revolution in Philadelphia

“Just like the internet!” one of the first young visitors remarked to Museum Curator Mark Turdo, who explained this kids’ space has been in the works for at least two years. There has been a great effort here and throughout the museum to help visitors appreciate that the American Revolution. Included are all kinds of stories of all kinds of people—young boys who joined the crew of privateer ships; enslaved African Americans who had to decide whether to follow the British Army, which offered freedom; mothers and children who supported their men as “camp followers,” doing cooking and nursing; Native Americans who also had to make a choice whether to support the Revolutionaries. Many of the soldiers on both sides were just young teens, Turdo said. 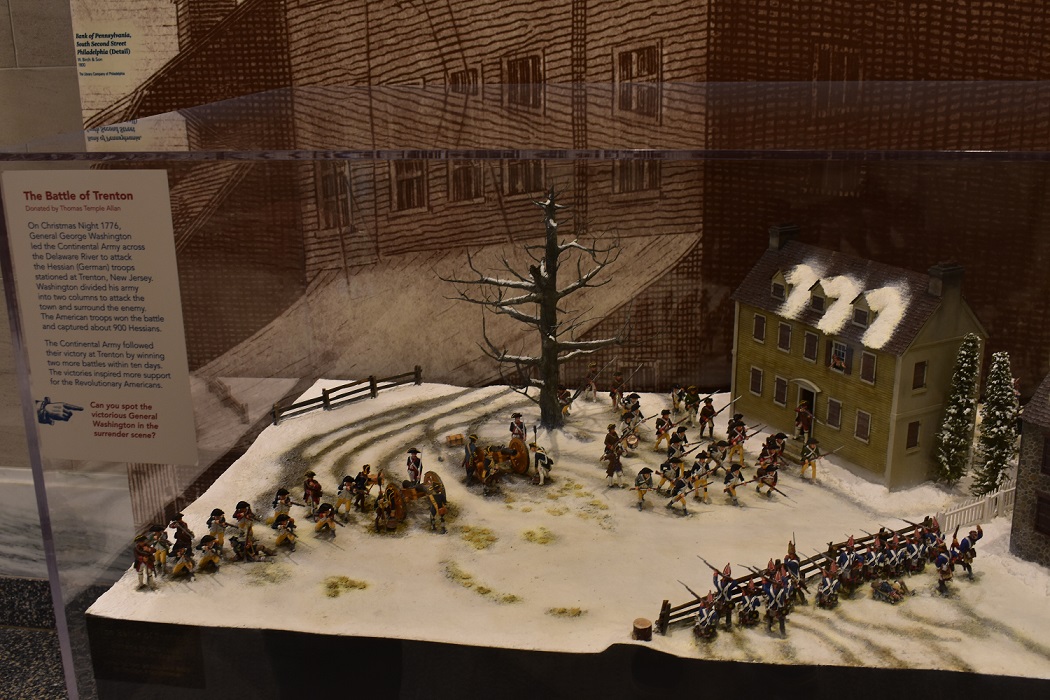 At that time, Philadelphia, with 30,000 people, was the largest city in the Colonies—the place where people came to conduct business and talk politics, not to mention crafting the Declaration of Independence. The Museum, in fact, offers special guides for those who are particularly interested in the stories of families, Native Americans, women and African Americans, among others.

The Space is an innovative mix of technology with touch screens (Join the Revolutionary Army!) and traditional play (“washing” clothes). At other touch screens, kids can place objects commonly used then and see the route they took to get to Philadelphia—raisins, porcelain, sugar, slaves….

Much is made throughout the museum of the contradiction between a nascent country that wanted freedom for all men, yet was willing to accept slavery.

At a local family’s home, kids are given “talking points” to discuss the issues of the day: “At the Boston Tea Party in 1773,” one card reads, “the Sons of Liberty threw 340 chests of tea into Boston Harbor to protest the British tax on tea.

“Do you think it is OK to destroy property to make a political point?” the kids are asked. 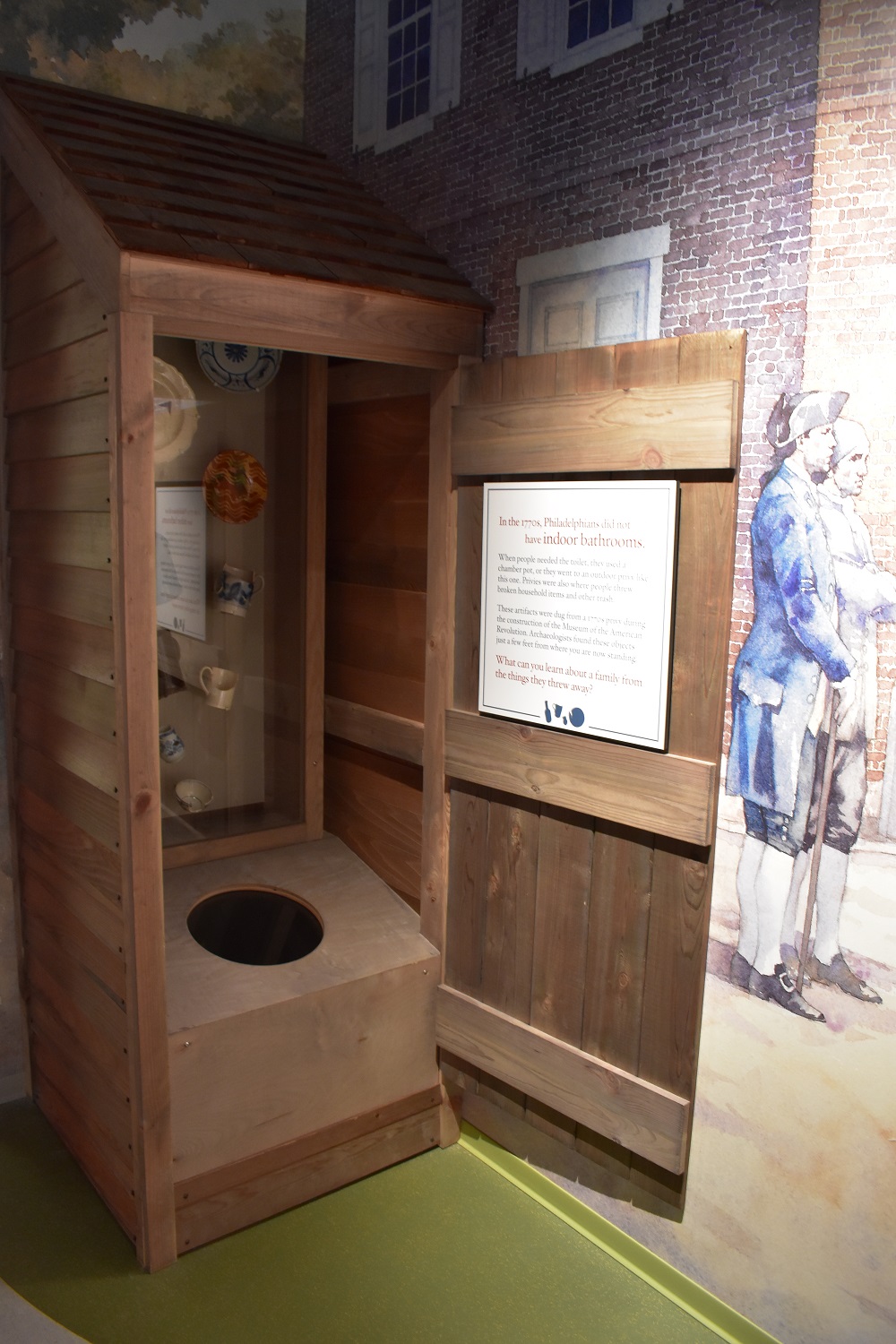 One exhibit that will surely be of interest to the young visitors is the privy, complete with artifacts that actually were found in the excavation of a nearby home’s privy—jugs, pitchers, plates…. Kids will no doubt like that chamber pots were adorned with a GR—a not so subtle dig at King George III.

Turdo notes that while you might expect the kids to head immediately to the touch screens, they seem equally engaged and excited with the opportunities for more traditional play—here and in another pop-up Patriots Gallery (open daily all summer in afternoons beginning June 16) where they can try on Revolutionary dress, make a flag or play with 18th Century toys

How long can you make your top spin?