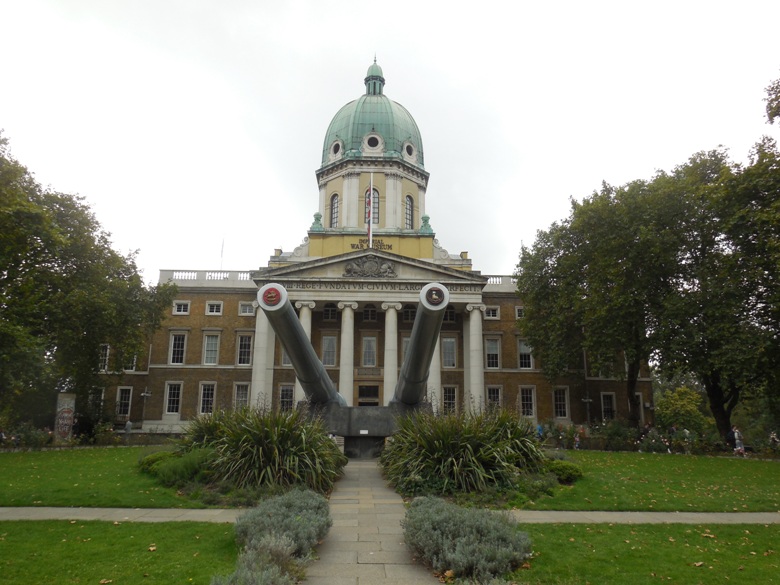 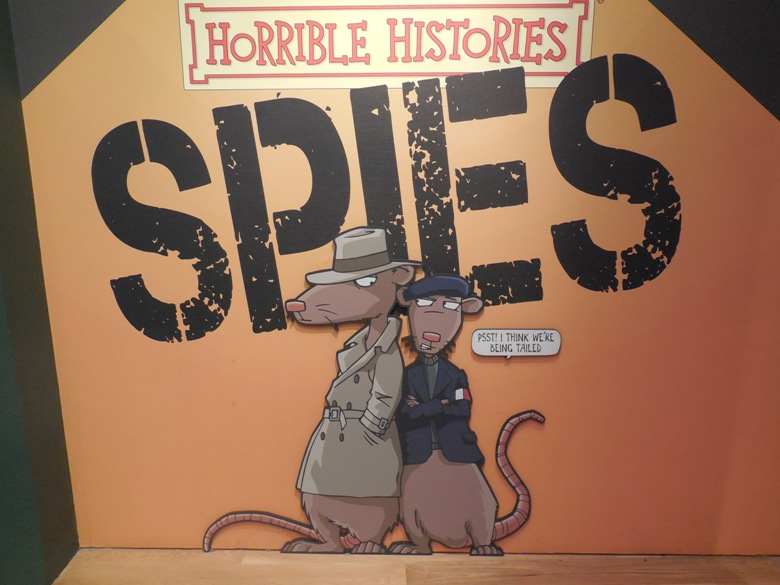 Real spies know there are a lot better ways to disguise your looks—like putting cheek pads in your mouth to change the shape of your appearance.

At the Imperial War Museum in London, kids gave a thumbs up to the Horrible Histories Spies exhibit. “Horrible Histories” is a very popular British kids’ TV series; This interactive exhibit enables kids to set out on their own secret mission, create their own disguises, even find out how “exploding” rats were used to sabotage German factories—all the while learning the integral role spies played in World War II. What might you use for invisible ink? Try onion or lemon juice! Did you know some spies had to pedal a special bike—to make enough electricity to power their radios? Nothing was what it seemed in the world of spies—lipstick holders carried messages; wine bottles could hold a bomb; a radio might be in a vacuum cleaner.

It’s a wonderful counterpoint to the museum’s Secret War exhibit that showcases the clandestine services and the continuing role of Britain’s Special Forces from WWII through the present day. “I don’t think I’d want to be a spy,” said Alexia   Saunders, 10, who opined that she’d tell kids to visit because “there’s a lot to do here and it’s fun.”

“This makes history real for the kids… it’s not just textbooks like when I was in school,” said her mother Claudette James.

To mark the start of the Centenary of the First World War, the IWM London has opened new, permanent First World War Galleries that encourage visitors—kids as well as adults—to learn the story of the war through the people who lived through it on the home front and on the front lines. There are more than 1,300 objects on display, many which have never been exhibited—uniforms, diaries, letters, and more.

These new galleries are part of a transformation of the museum with a newly configured Atrium with large object displays –a Spitfire, a T-34 tank and a Reuters Land Rover damaged by a rocket attack in Gaza, among others—over 400 objects and artworks. (Entrance is free though there are timed tickets for the World War I galleries and a small surcharge for the Horrible Histories Spy exhibit.)

The new exhibit is among those being celebrated at London museums this fall with major exhibits showcasing, among others, Sherlock Holmes, the treasures of the Ming Dynasty, Rembrandt and John Constable.

In the World War I exhibit, you can walk through a trench, “make” food, boots and shells through a large interactive Supply Line table and see how British children helped the war effort becoming Sea Scout coast watchers looking out for German spies.

“I like how you don’t have to read about it, you can see it and touch it,” said Reece Wakeman, 10, visiting with his dad.

“Fantastic,” agreed his father Carl Wakeman, adding it was a lot better than he remembered from childhood visits when “you couldn’t touch anything.” 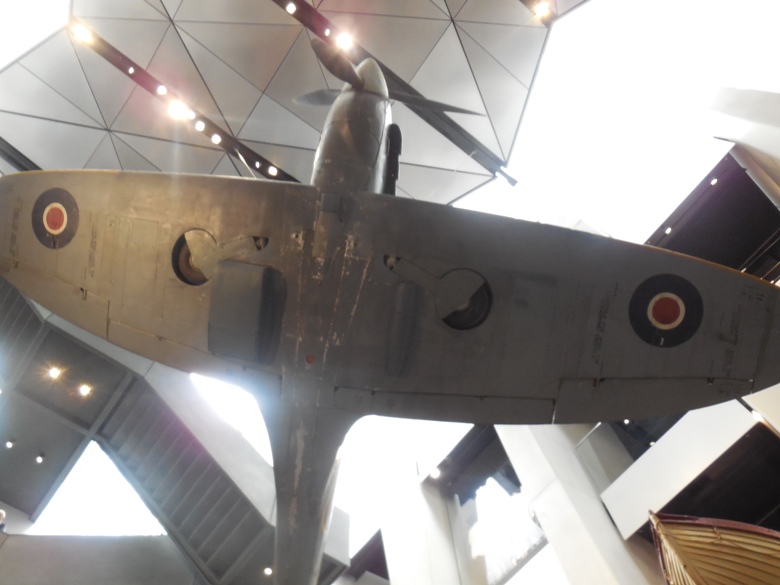 There’s even the letter written by nine-year-old Alfie Knight who wanted to volunteer as a frontline bicycle messenger. “I can ride jolly quick on my bicycle… I am a good shot with a revolver… I win fights with lads twice as big,” Alfie wrote to Lord Kitchener. His offer was turned down in an official letter from the War Office, which is also on exhibit.

Maybe one reason this exhibit has such resonance with kids and teens is the input from the IWM’s Youth Panel made up of teens who have worked with departments across the museum advising on how to encourage young people to participate, working with curators and even helping to evaluate new technology prototypes. At the same time, there have been Young Reporters taught journalism skills so they can report on all the changes at the IWM to their communities. The New Perspectives project has encouraged young people to look at lesser known stories of the First World War in a new way, starting with the idea that The First World War really could have been considered the ultimate family feud because Britain’s King George V, Germany’s Kaiser Wilhelm II and Russia’s Tsar Nicholas II were all first cousins.

Over the course of the Centenary year, Lives of the First World War will become a permanent digital memorial to the more than 8 million men and women who fought in uniform and contributed at the home front. Families are encouraged to upload a picture from a family album and share a story passed down.

Kids also like A Family in Wartime exhibit that looks at the impact of World War II on one London family—the Allpresses, a large working class family with 10 kids—from the evacuation of children from London (46 per cent of London children were evacuated to the countryside) to rationing (families had to grow their own fruit and vegetables) to using parachute silk for wedding dresses.

You are asked to answer questions, peering through glass at the answers. Could you have many sweets during the war? No, because sugar was rationed. How about milk? You could only have two pints a week, unless you were pregnant or a baby.

The Imperial War Museum was established while the First World War was still being fought to ensure that future generations wouldn’t forget the sacrifice of those who fought and contributed at home. Today, the Imperial War Museum continues to collect and tell the stories of those impacted by conflict in Britain and the Commonwealth including those who have received Britain’s highest honors for bravery.

If you’re going to London, this museum should be on your must-see list.