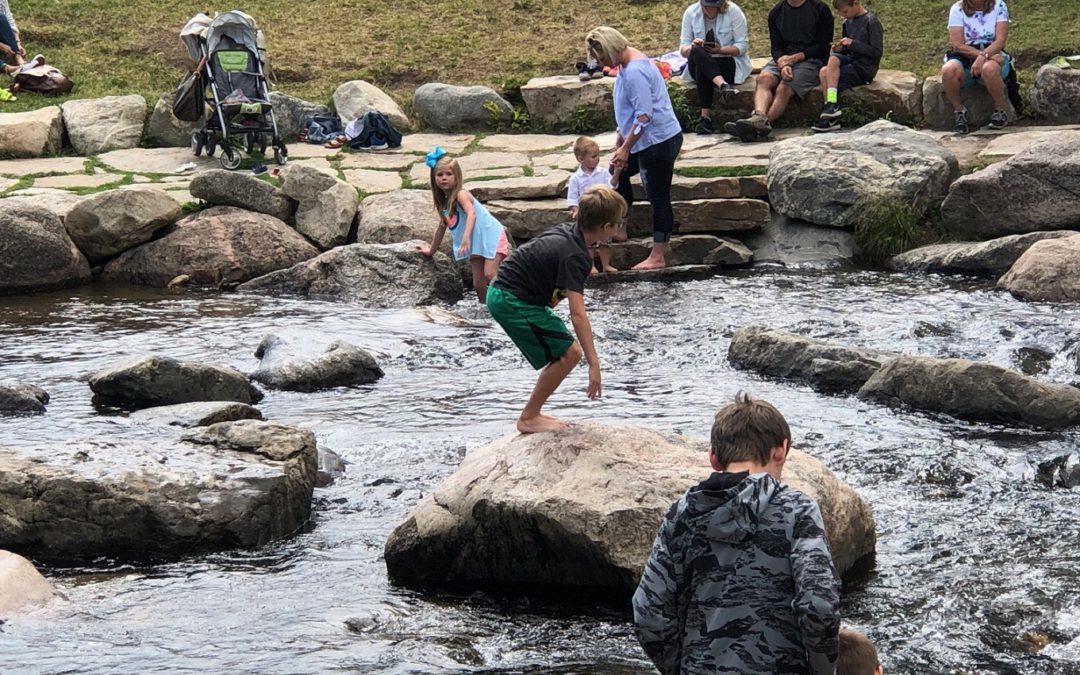 First time seeing snow in the summer. “I slipped,” said Harrison Marsalis, 9, from Georgia, gesturing toward a mound of snow – in the middle of July — where other kids were slipping and sliding.

First time seeing the mountains in Breckenridge, CO not covered in snow.  “I didn’t expect there would be so much to do,” said Keira Klein, a veteran of skiing here in the winter.

First time on a “big” hike (Breckenridge has more than 50 miles in an interconnected trail system). 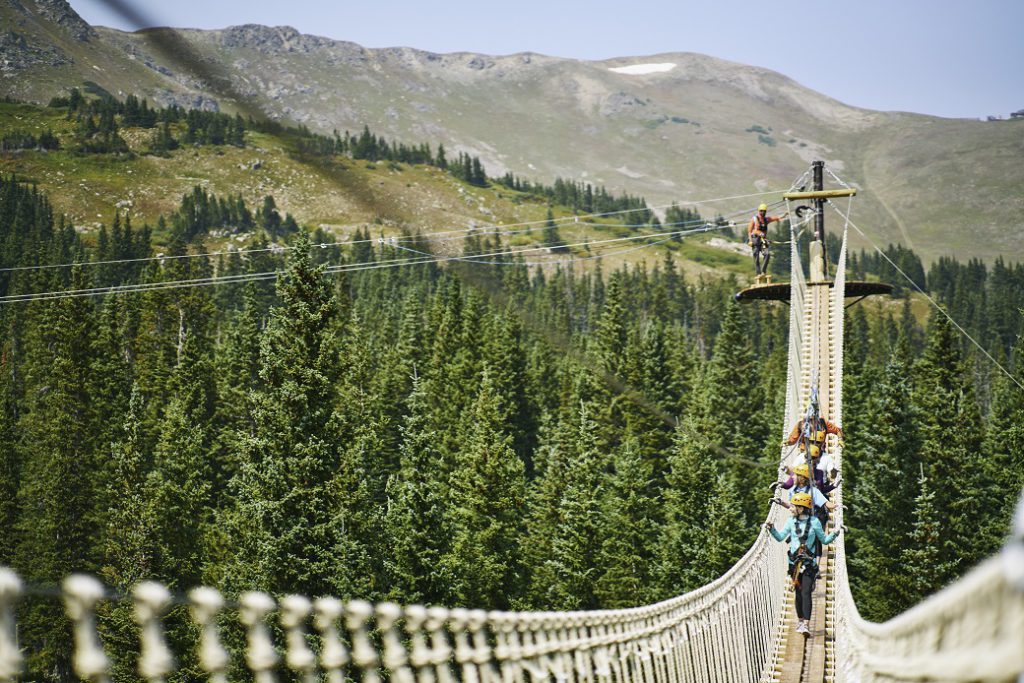 For our 9-year-old rescue dog Trooper, this was her initiation as a mountain dog—her first time at such high altitude (over 10,000 feet above sea level!) and her first time on a mountain Gondola.

You’re guaranteed to find plenty of bragging rights here, no matter what ages your kids, as Breckenridge Ski Resort now has Epic Discovery on the mountain—including The Little Flyer zipline designed for the littlest adventure-seekers, the Goldrunner Coaster, Silver Summit Climbing Wall, Alpine Slide, Mineshaft Maze, Lil’ Climber Ropes Course and Tom’s Nugget Tubing at the top of the Gondola at Peak 8.

“The Alpine Slide is so fun… you get to go really fast,” said Mary Kate Kennedy, 11, from Florida. Her little brother, just three, preferred the bouncy house.

And then there is the shopping in Breckenridge—especially Fuzzywig’s Candy Factory on Main Street.

For the adult adrenaline junkies, there are miles and miles of mountain bike trails, some from town, and at the top of the mountain, the Alpineer Challenge Course (15 different challenges!), the Expedition Zip Line Tour (are you ready to walk a 200-foot-long aerial bridge high above the trees?) and the 35-foot tall climbing wall. 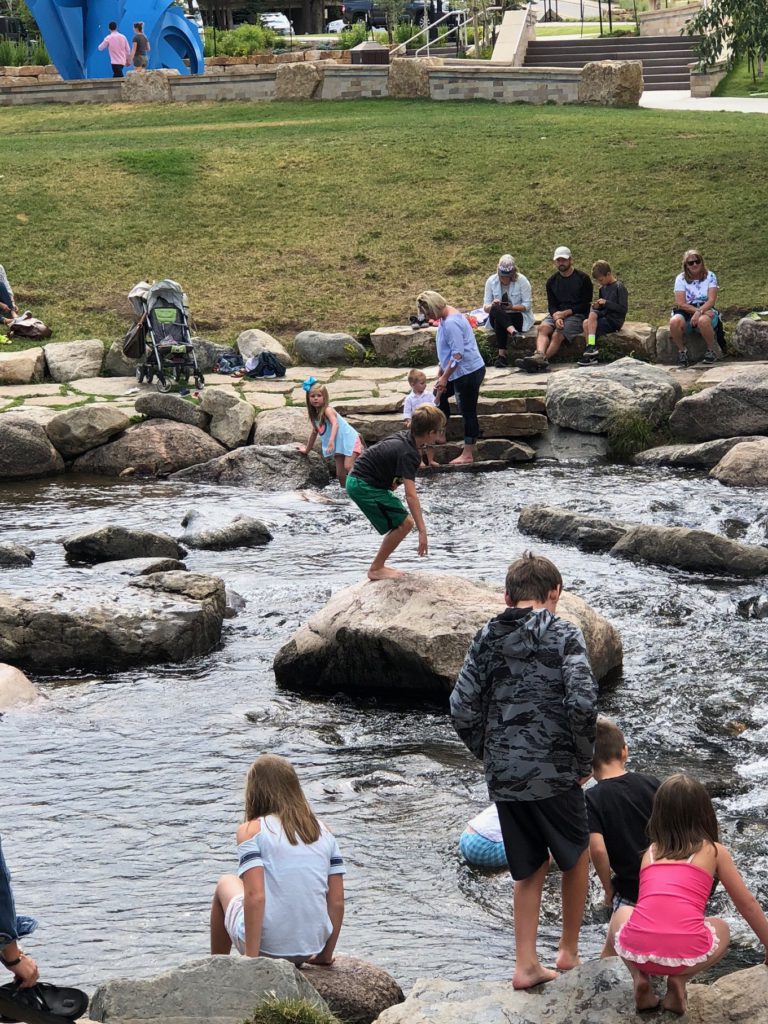 Cooling off in the Blue River in Breckenridge CO

Let’s not forget the chance to sip a cocktail at the Breckenridge Distillery, the highest distillery anywhere.

“There is really something for everyone,” said Heather Puterbaugh, visiting her parents from Golden, CO with her two kids.

Paddleboard in the Blue River or leave the kids for yoga in the Beer Garden at Rocky Mountain Underground, a ski maker and popular bar on Maine Street.

Breckenridge is a bonafide historic mining town that has managed to maintain its charm (stop in at the Welcome Center with its museum explaining Breckenridge’s history) with what today’s vacationers want—a range of lodging options, some 200 shops and restaurants, a thriving culinary and arts scene, and spectacular mountain views everywhere you look.

And then there is the weather.

“It’s so nice waking up to the outdoors,” said Drew Fessler, here with his wife and four year old twins.  “It is already on our list to come back.