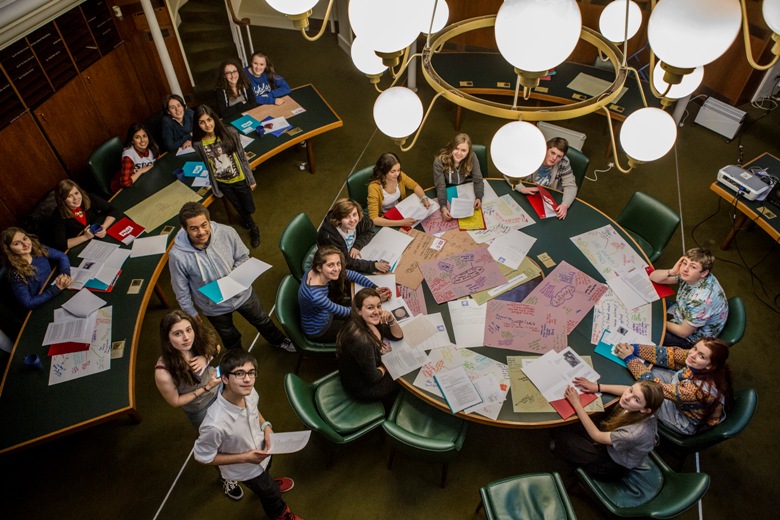 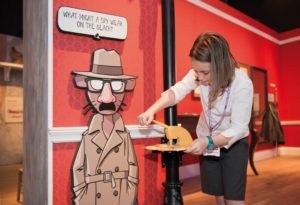 That’s a good plan when you are exploring a new city with your gang. That’s what we did recently at the newly expanded Imperial War Museum in London, which was teeming with enthusiastic British families.

“It is genuinely impossible to leave without your brain full of interesting and cool facts you never knew before,” said Izzy, one of the museum’s youth advisers, who helped IWM curators create the “family trail” at the new interactive First World War exhibition.

“American kids can take away a piece of British history that captures what war was like for all generations,” offered Louie, also on the youth adviser team.

Sites like this free museum — another is the excellent Museum of London, which is a terrific introduction to the city’s history and is currently showcasing a much-heralded Sherlock Holmes exhibit. If you are heading to London for the holidays or contemplating a trip next year, these might not be on your must-see list, but they should be.

I love how the Museum of London offers children’s “activity trails” and gives you the chance to explore the London of Shakespeare’s day, contemplate the great London Fire of 1666, walk through a Victorian street and see the London 2012 Olympic cauldron. 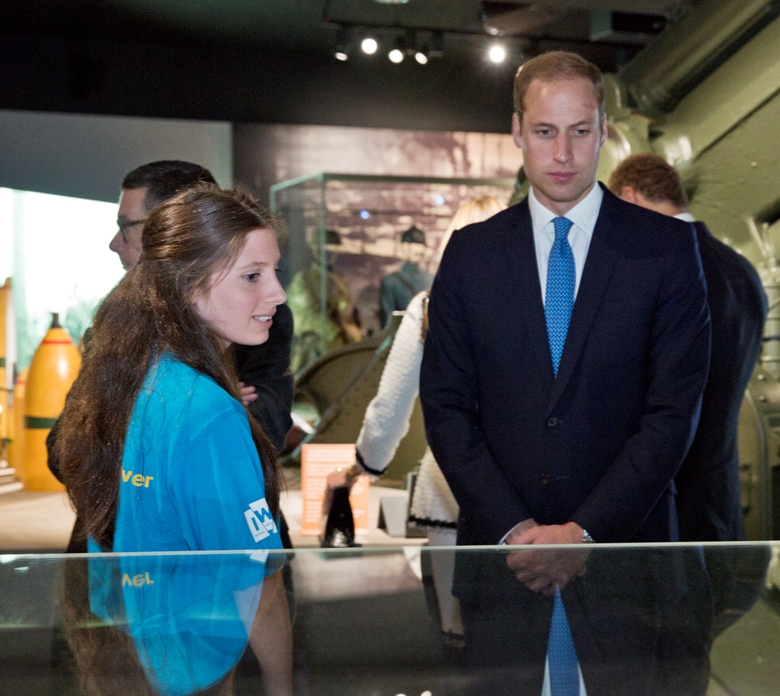 Official Royal Opening on July 16, 2014 by the Duke of Cambridg

To mark the start of the centenary of the First World War, the IWM London has opened new, permanent First World War Galleries that encourage visitors to learn the story of the war through the people who lived through it on the home front and on the frontlines. There are more than 1,300 objects on display, many which have never been exhibited — uniforms, diaries and letters, including one from the 9-year-old boy who wanted to volunteer as a bike messenger during World War I. “I can ride jolly quick on my bicycle. … I win fights with lads twice as big,” Alfie Knight wrote. The official letter he got from the War Office turning down his offer is also on display.

These new galleries are part of a transformation of the museum — established while the First World War was still being fought to ensure that future generations wouldn’t forget the sacrifice of those who fought and contributed at home — with a newly configured atrium where you’ll see everything from a Spitfire to a Land Rover damaged by a rocket attack in Gaza. There are more than 400 objects and artworks on display.

At the World War I exhibit, you can walk through a trench, “make” food, boots and shells through a large interactive Supply Line table and see how British children helped the war effort by becoming Sea Scout coast watchers looking out for German spies.

“I like how you don’t have to read about it, you can see it and touch it,” said Reece Wakeman, 10, visiting with his dad. 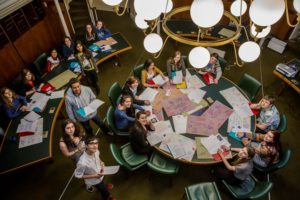 Maybe one reason this exhibit has such resonance with kids and teens is the input from the IWM’s youth panel, which is made up of teens who have worked with departments across the museum advising on how to encourage young people to participate. Young reporters were taught journalism skills so they could report all the changes at the museum to their communities.

“This makes history real for the kids … it’s not just textbooks like when I was in school,” said Claudette James, visiting with her 10-year-old daughter Alexia, who opined that she didn’t think she’d want to be a spy after checking out the museum’s Secret War exhibit that showcases the important role of the clandestine services.

The holidays, of course, are a popular time for families to visit London and surprisingly, one of the less expensive times of the year to come, with January and February even cheaper, according to the trivago Hotel Price Index (tHPI). (While many government museums in London, like in Washington, D.C., are free, you will save money on other top attractions and avoid lines with the London Pass. You can also get an once-in-a-lifetime tour of the city — think opening the Tower Bridge or joining the cast of a West End musical — if you are chosen to be London’s official guest of honor. All you have to do is describe a perfect day in London better than anyone else by Dec.9.)

The kids we met thought the Imperial War Museum should be on the itinerary along with the Tower of London, the London Eye and Westminster Abbey and this year, the Paddington Trail with 50 life-sized Paddington Bear statues placed all around London sites. The statues will all be sold for charity. (Here’s what I wrote about everyone’s favorite London bear.)

Another plus to visiting a place like the Imperial War Museum: The chance to meet local kids and share the experience with them. Kids gain a new understanding of what war meant to those who lived through it, the youth advisers said, thanks to exhibits like A Family in Wartime that shows how one working-class London family coped during World War II — from the evacuation of children from London (46 percent of London children were evacuated to the countryside) to rationing (families had to grow their own fruit and vegetables) to using parachute silk for wedding dresses.

“My favorite part is the jacket of Harold Cope,” said Elena, who won’t forget showing the shrapnel-riddled jacket to Prince William when the exhibit opened. “Harold Cope survived his shrapnel wound from the Battle of the Somme.

It’s just as important, she said, to remember “the lucky soldiers who survived.”

And the generations who followed.