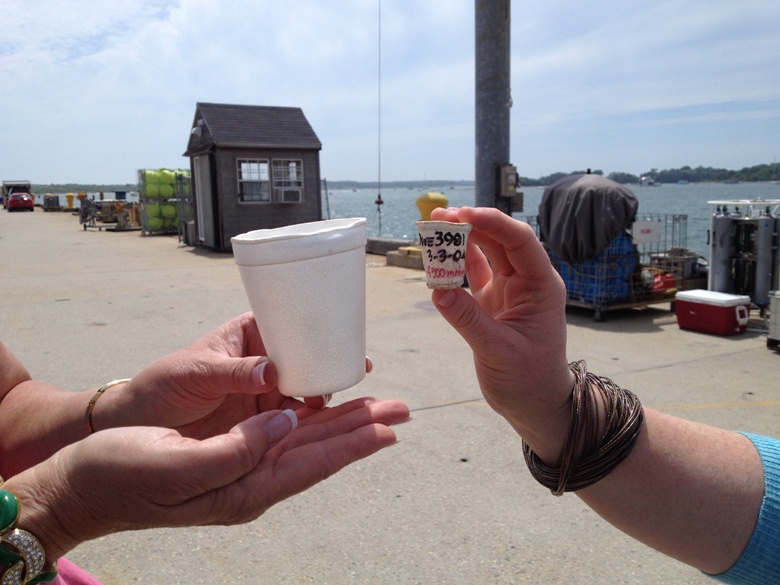 WOODS HOLE, MA – Do you recognize the name of this small port on Cape Cod? It has something to do with the Titanic, right?

On our recent visit to the Cape, I stopped to take a volunteer-led tour of the Woods Hole Oceanographic Institute (WHOI) , founded in 1930 with a $1 million grant from the Rockefeller Foundation, now operating with a $220 million a year budget 80 percent funded by the government.

Well, the wreckage of the famous ship was found on the Atlantic seabed in 1985 by a team from WHOI and the French National Institute of Oceanography with two of the most sophisticated deep-water vehicles of the time, the Argo and SAF. WHOI’s team leader was Dr. Robert Ballard, who is also famous for discovering hydro-thermal vents on the ocean’s floors, as well as locating other famous wrecks such as the World War II German battleship Bismarck (sunk off the coast of France) and the USS Yorktown (sunk during the Battle of Midway in the Pacific in 1942).

During our visit to Woods Hole, neither of its two large research vessels, the R/V Atlantis and the R/V Knorr was in port, which was good for our group because the normal security was unnecessary and the docks were open for tours. Our group included about a dozen adults – though this is a terrific place for school field trips, three middle school science teachers from San Antonio, TX, agreed.

“We are on vacation in New England,” one of the teachers said. “We’ve studied about Woods Hole in our classrooms for years so thought we ought to see the place while we were here.”

The R/V Knorr, we learned, was involved in the discovery of the Titanic wreckage and is scheduled to be retired in the coming year or two, replaced by the R/V Neil Armstrong, one of two new vessels being built. Also not on site during our visit was the HOV (Human Occupied Vehicle) Alvin, the famous two-man submersible that surveyed the Titanic wreckage in 1986 and has more than 4,600 dives under its belt.

We did get a look at the Deepsea Challenger, a one-person submersible built by James Cameron, the producer-director of “Titanic” (1997) and other films. He piloted the vehicle to the bottom of the Mariana Trench, the deepest part of the Pacific Ocean – more than 36,000 feet under sea level – in 2013 and then donated it to WHOI.

“The pressure on any vehicle is just immense when you get to those depths,” said our volunteer guide, 20-year-old Braden Tierney, a student at Duke University who is from the area around Woods Hole and has been working summers at WHOI since he was 15. He passed around a Styrofoam cup that had been compressed by the ocean depths (4500 meters; 14,764 feet) and compared it to a regular cup.

Why is WHOI here? Because, Tierney says, it is conveniently located at the confluence of the (cold) Labrador Current and the (warm) Gulf Stream, which provides not only an abundance of marine life but contrasting temperatures year-round.   And it’s a deep-water port capable of docking the research ships.  By the way, who created the first map of the Gulf Stream?   Ben Franklin.

Cape Cod, particularly in summer, is best known for its laid-back beach vacation places (and it’s terrific collegiate baseball league). Families visiting the area would be wise to explore and take advantage of the educational experience WHOI has to offer, maybe especially on a rainy day.