Learning Jamaican heritage on a walking tour of Falmouth 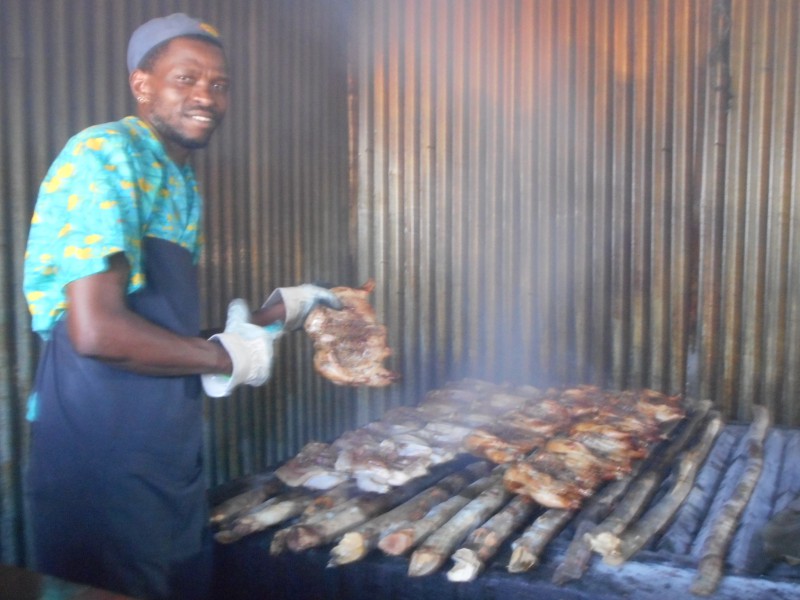 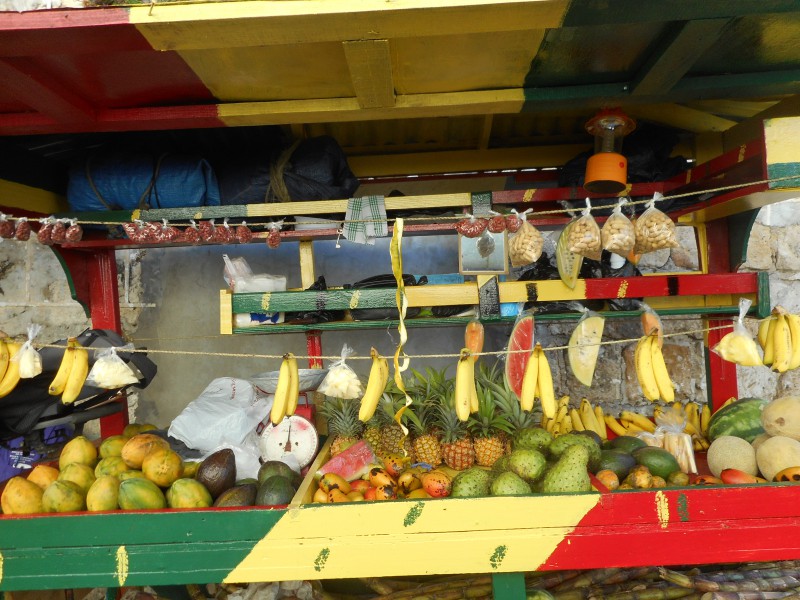 Fruits for sale in Falmouth Jamaica

FALMOUTH, Jamaica – DAY 3: Talk about bling!  In the early 19th Century, when grand balls were held at the famous courthouse in Falmouth, Jamaica’s oldest seaport, young women would sew fireflies into their gowns so they would literally sparkle.

We are on a walking tour here, which also is where the largest cruise ships come to port, with Falmouth Heritage Walks.  They also offer culinary tours and one to the Jewish Cemetery—apparently dating back hundreds of years, there was a vibrant Jewish community here.

“People don’t realize there is a lot more to Jamaica than the beaches, says Marina Delfos, the director of Heritage Walks.

Our guide, Sanya Hall, explains that Falmouth—and Jamaica’s rich cultural and culinary heritage–comes from the mix of races and countries—the Spanish, the Dutch, the African slaves, who came to work the immense sugar plantations (slavery was abolished here in 1838, the free people of color, who themselves owned slaves,  the East Indians, and Chinese, who came as indentured servants, and, of course, the British (Jamaica famously was a rich British Colony from 1655, when it was captured from the Spanish until it won independence in 1962.

Jerk chicken for lunch in Falmouth

We learn that Falmouth had piped water before New York; that the man most responsible for speaking out against slavery here and in London—William Knibb, an English Baptist minister, lived and preached here and is buried here.

How about a morning snack?  We stop at Spice Nice, owned by the Nams family for more than 30 years, for a Jamaican patty, the traditional fried pastry filled with spiced beef and served on coco bread, soft white bread that is so named because it’s shape is reminiscent of a coco leaf—a tasty bargain at about $2.  We wash it down  with coconut water from a street vender, who cuts the coconuts in front of us.  “We have KFC and Dominos, but patties are our most popular fast food,” Hall says.  “People have them for breakfast, lunch, and dinner.”   The small bakery sells some 250 a day.

We can’t resist more food so even though we’re not even hungry, we stop at Scotchies, famous for their Jerk chicken and pork made on huge grills, accompanied by sweet potato, rice and peas.