Learning the consequences of war at five great war museums 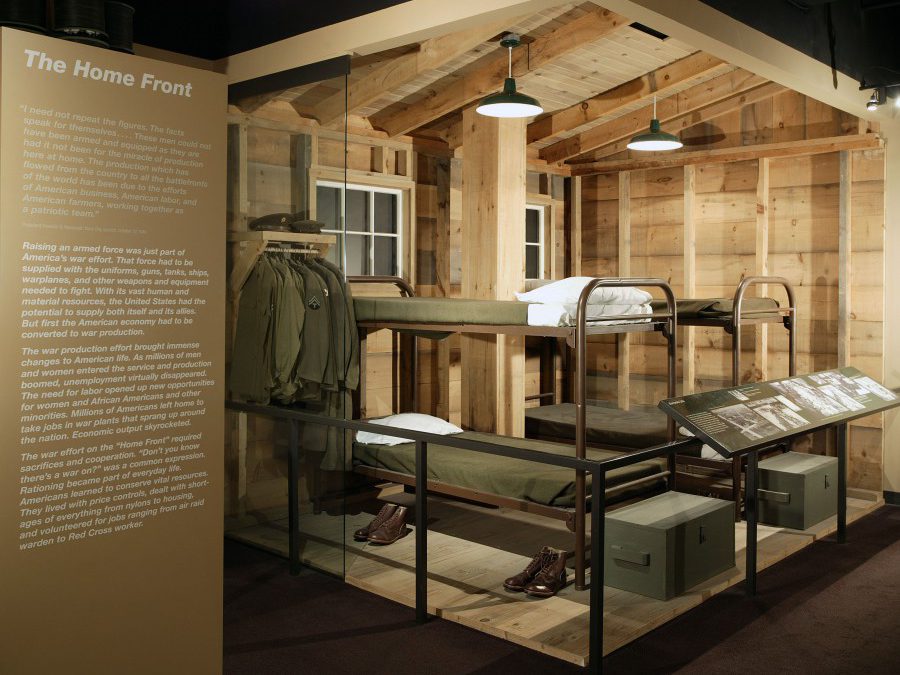 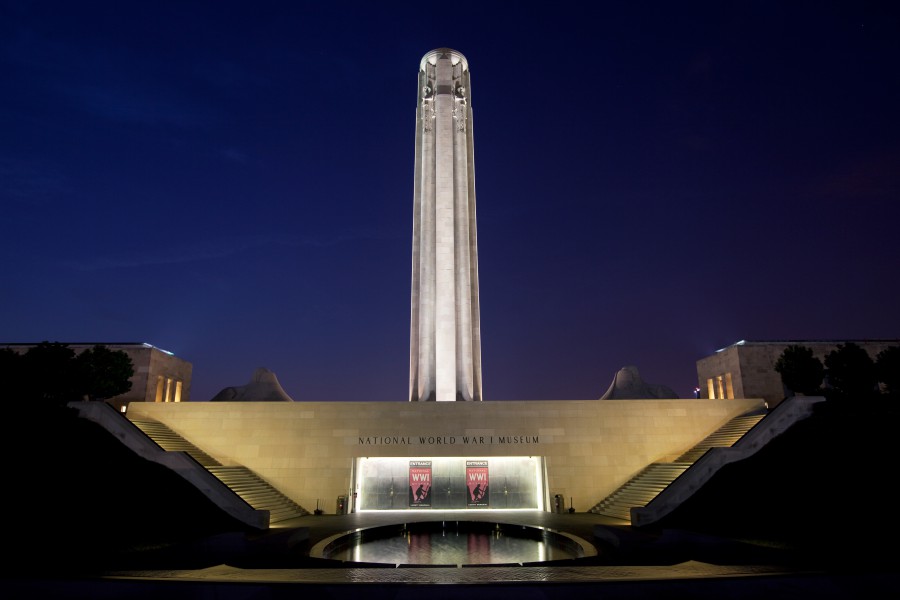 Liberty Memorial and the National World War I Museum in Downtown Kansas City, Missouri at dusk

In just 15 years, the National WWII Museum (a privately run, nonprofit institution) has grown from a single exhibit hall to a multi-pavilion institution that is one of the city’s top tourist attractions, with more than 100,000 artifacts, and one of the world’s largest collections of WWII oral histories (more than 8,500 personal accounts). The museum’s newest exhibit “The Road to Tokyo” retraces the soldiers’ journey from Pearl Harbor to Tokyo Bay, by way of New Guinea, Southeast Asia, the Himalayas, Burma, Pacific Islands, China, India and Alaska. There is also “The Road to Berlin.” Both exhibits use technology and interactives to tell the story of the American experience in World War II on the battlefield and at home.

If you think kids wouldn’t be interested, think again. WWII Museum Student Ambassador Madeline Bookout, a high school senior from Gulf Breeze, Fla., says she has been interested in World War II history since she was in grade school and read “Meet Molly: The American Girl,” which told the story of a young girl growing up in the Midwest during World War II. In her role as a student ambassador, Madeline has met and interviewed four Pearl Harbor survivors. “These interviews taught me the importance of being prepared and the danger of adopting an isolationist view of the world,” she said in an email. “I also learned about unselfish patriotism.”

Kids, museum officials say, are fascinated by handwritten letters as no one writes many letters anymore. Kids don’t even learn cursive. There are diaries, photos, uniforms, medals and even the diary that Fred Oberman wrote on scraps of paper hidden in a tobacco canister that documents the hellish treatment POWs faced at the hands of the Japanese.

Stand on the “bridge” of the USS Enterprise, the aircraft carrier that was so critical to the Allied efforts in the Pacific. Walk through “Green Hell” in Guadalcanal, complete with a towering palm jungle. The final gallery shows scenes of the aftermath of the atomic bomb — and pilot Paul Tibbets’ flight log aboard the Enola Gay, which dropped the first atomic bomb on the city of Hiroshima.

Think about the lessons visits to such museums can teach kids, considering that in many cases soldiers in WWII weren’t much more than kids themselves. The website www.military.com has a state-by-state listing of museums, historical sites, forts and more. This spring break, according to Switchfly.com, most of us will be traveling domestically. Why not include a museum or exhibits you might not have thought to visit:

— The National World War I Museum and memorial in Kansas City has everything from, interactive tables (make your own patriotic poster!), a walk-through crater showing what happened to a French farmhouse hit by a howitzer shell, and walk-through trenches that include recorded statements from those who were there. Cross a glass bridge suspended over a symbolic Western Front “poppy field” with 9,000 poppies signifying the 9 million who perished. Go to the top of the memorial for a great city view. 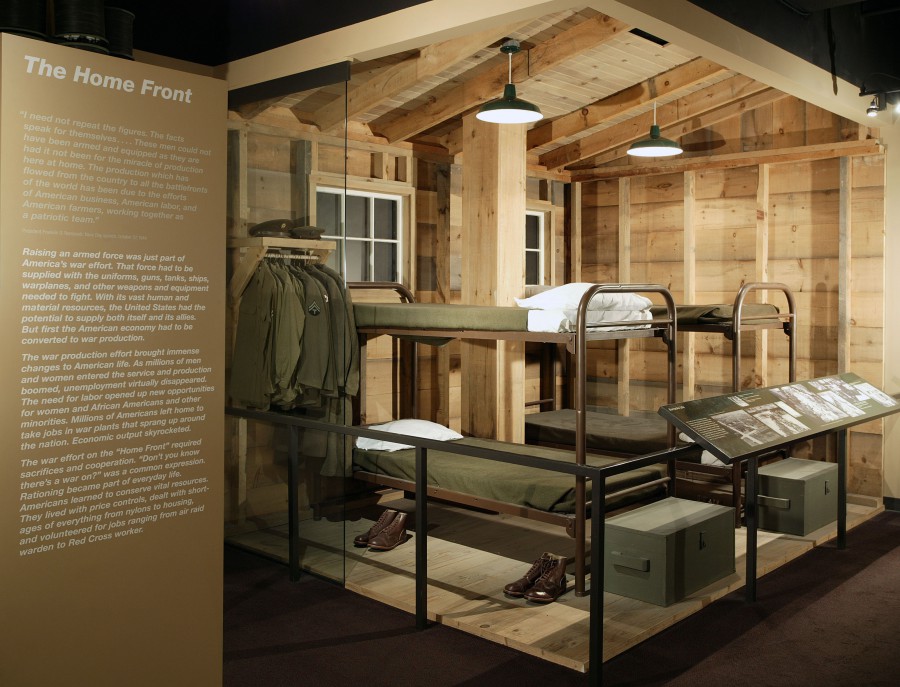 The Home Front. The first stop for GIs on the road to war was basic training. This would be the first time that many of these young men ever left their hometowns

— Pearl Harbor Historic Sites get everyone off the beach and warrant a stop, even if you are spending vacation on another island besides Oahu. The USS Arizona Memorial — built over the final resting place for many of the 1,177 crewmen killed on December 7, 1941 — is the top visitor destination in Hawaii and a stark reminder of the cost of war. The Pearl Harbor Visitor Center has recently been renovated and there is also the Battleship Missouri Memorial, the USS Bowfin Submarine Museum and the Pacific Aviation Museum. Come early for walk-up tickets!

— The Smithsonian National Museum of American History exhibit “The Price of Freedom: Americans at War” examines how wars have shaped the nation’s history and transformed American Society from the Revolutionary War until today. On the website you can solve a Civil War mystery and download a self-guide or a teacher’s manual that will help you make the most of your visit. This is a great bet before you visit the war memorials on the National Mall or Arlington National Cemetery.

If you are heading to London, The Imperial War Museum was a high point of one visit we made to London, shortly after the museum unveiled a major expansion. The exhibits encourage visitors to learn the story of World War I, in part through the eyes of those at home. For example, you will see the sacrifices made in Britain during World War II through the story of one working-class London family.

The task of explaining war is made a lot easier at war museums today. At the National WWII Museum, for example, visitors begin their journey on a replica Union Pacific train — one new WWII recruits would have taken to boot camp. They can choose a soldier’s story to follow at computer kiosks — an African-American soldier who survived Pearl Harbor and experienced discrimination throughout the war, for example. (There is an exhibit that will soon travel around the country about the African-American experience called “Fighting for the Right to Fight.”) With the tap of the digital dog tag, visitors learn more of the individual’s war story, as they make their way through the galleries.

“They were average Joes, not a lot older than the school kids who visit, faced with extraordinary circumstances,” explained Collin Makamson, the World War II Museum’s student programs coordinator. Ordinary people doing extraordinary things. Perhaps, that’s the most important lesson to be learned.

World War II Veteran Joseph Heintz, now 92 and a retired French teacher, was doing a volunteer stint at the museum answering questions when I visited. “Kids are amazed I’m still here,” he jokes, adding they have lots more questions than the adults. “That’s a good thing.”